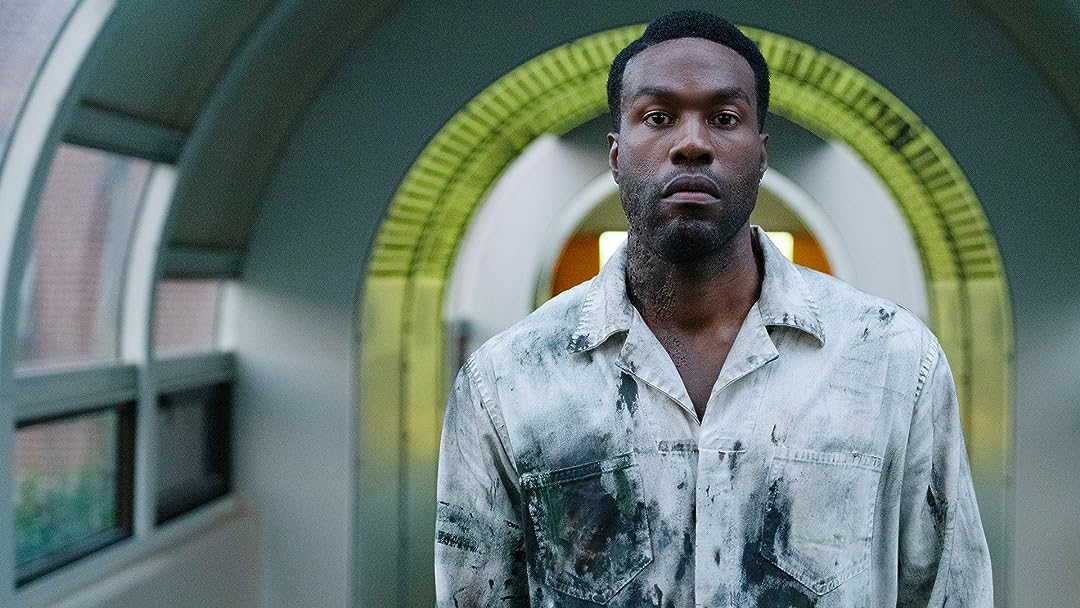 (6,090)
5.91 h 31 min2021X-RayHDRUHDR
An artist unwittingly unleashes a wave of violence after learning the true history behind the urban legend of Candyman in this chilling film from Nia DaCosta and Jordan Peele.

MikReviewed in the United States on September 16, 2021
5.0 out of 5 stars
I really enjoyed this one ..
Verified purchase
I heard mixed reviews on this film. I like to consider myself a die hard horror hound and often skeptical of old stories being brought into new lights. In all out honesty, it isn't a remake like so many carry on about. It continues the story, however..and fairly well. For those blabbing about how " too woke " this film is -- I got news for ya. Candyman has always been about racial injustice and the poverty combined. It's nothing new in this story. So if you're going to start out and complain about that particular background as your review then I am going to assume you're too special to write an honest opinion of the film in itself nor have you even bothered with the rest of the Candyman films.

Now with that aside on those most absurd reasonings of why someone didn't like this film. I thought they delivered the continuation brilliantly. Honestly, the only thing that disappointed me was the very little of Tony Todd's Daniel Robitaille we get to see. I liked the idea of a hive like mind. Before going into this film, I was skeptical of that concept in general, but in the end it was delivered well.

ErnaReviewed in the United States on September 17, 2021
1.0 out of 5 stars
Racism Fatigue
Verified purchase
Its all so tiresome. How many ways can they say 'White people bad' before we simply stop giving them our money. As far as the movie goes, it's not good. It's a passively racist film that starts out with 'White' people creating a serial killer. Then there's a little bit of 'White people bad' passively sprinkled in the middle and ends with what can only be described as rushed, cluttered and incoherent. 0 out of 5 stars
95 people found this helpful

Andrew W. GerlingReviewed in the United States on September 16, 2021
1.0 out of 5 stars
Predicable Hollywood message movie
Verified purchase
Hollywood again has to delivery a political undertone to all movies. Completely ruined a great horror franchise by making it about a topic that it is currently politically popular.
92 people found this helpful

KatReviewed in the United States on September 17, 2021
5.0 out of 5 stars
If you find yourself uncomfortable - maybe you should be
Verified purchase
If your first thoughts are it's too 'woke' or political, take a fresh look at the older films.
Take a look at everything that's happened in recent years and try again.

This film was dark, and it called out a lot of the twisted things that very much still do happen in this world.
I was chilled, and awed by how well this was brought forward. Incredible directors, and actors. A wonderful showcasing of talent in a film that is sure to be divisive because people who need the most to be uncomfortable are going to find themselves just that.
63 people found this helpful

babsenReviewed in the United States on September 18, 2021
5.0 out of 5 stars
Sure are a lot of people that don't know what Candyman is about
Verified purchase
Firstly: there's a ton of one star reviews that claim the filmmakers were "playing the race card." I gotta wonder if any of these snowflakes ever watched the original.

Anyway, this is a solid follow up to the original Candyman. They could've used a bit more practical effects, but overall the pacing was solid, the killing sequences were slick, and they expanded on the lore of the original (especially with the Helen ending from the first movie). Highly recommend giving it a shot if you're not a fragile snowflake that doesn't understand Candyman was always about race.
62 people found this helpful

There is a shift.Reviewed in the United States on September 15, 2021
1.0 out of 5 stars
Black Lives Matter, White Lives Don't
Here's the plot: The Candyman is the incarnation of all black men wrongfully killed by police. The only people killed by this Candyman are white people who look in the mirror and say, "Candyman," 5 times. The only black person who looks in the mirror and says "Candyman," 5 times doesn't die as the legend suggests, but causes a crooked white cop to get killed by the Candyman, instead. In general, the black people know better than the white people who look in the mirror and say his name, perhaps because they are smarter. The writer's disdain towards white people comes out loud and clear. I believe, Dr. King would have even thrown rotten tomatoes at the violence in this film. Mr. Peele, say his name 5 times and you're forgiven.
80 people found this helpful

YahyahReviewed in the United States on September 17, 2021
5.0 out of 5 stars
Amazing
Verified purchase
Saw the original when I was 12 in 1992. I am a lover of horror movies and the original Candy Man was and still is the only horror movie that has scared me. So when I heard there was going to be a sequel, I was in doubt that it would be good. I hate squeals, they always fall flat and I am not a big Jordan Peele fan due to Us being confusing.... but this movie was Great. It explains a lot more of the story behind the Candy Man. I love it. Anyone else who doesn't get it is probably ignorant of the struggles of the black community.
44 people found this helpful

Javier PinedaReviewed in the United States on September 18, 2021
1.0 out of 5 stars
didn't like it
Verified purchase
not worth watching. please believe me. there is not much I can say, but don't recommend this movie. 1 star.
probably amazon will not post my message just because I am saying I do not recommend this movie, it is not worth watching it. I want my money back. I want a refund.
46 people found this helpful
See all reviews
Back to top
Get to Know Us
Make Money with Us
Amazon Payment Products
Let Us Help You
EnglishChoose a language for shopping. United StatesChoose a country/region for shopping.
© 1996-2021, Amazon.com, Inc. or its affiliates