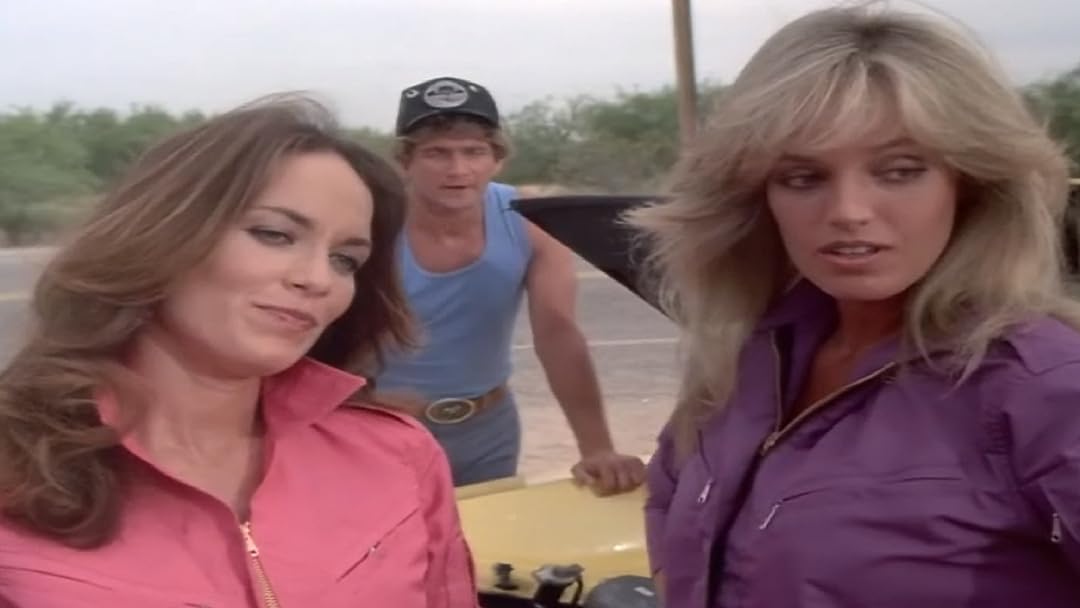 R GibbReviewed in the United States on January 9, 2018
2.0 out of 5 stars
Not a traditional widescreen/blu-ray adaptation
Verified purchase
A word of warning on this video... normally when one orders a blu-ray of a movie, one expects to see a high-resolution 16:9 (or 21:9) aspect-ratio version that was shown in theaters, exposing 'more' details that were previously missing in the 4:3 version available previously. The picture ought to be 'wider' horizontally.

In this case, however, they "created" a 16:9 version by *cropping* the old 4:3 version down - it is actually 'narrower' vertically, and you are seeing less of the movie than you saw in the 4:3 version.

Add to that that I am suspicious that that resolution is not any better than the old SD version, and I am very disappointed.

C.J. BatyReviewed in the United States on February 10, 2020
1.0 out of 5 stars
I would have given it a zero if I could!
Verified purchase
DO NOT PURCHASE! This is the worst download I have ever gotten from Amazon. It is clearly a copy of a video or dvd. There are little flecks running through the entire picture (what I could watch of it). The color is subdued and the picture is blurry. I've never been so disappointed in a product from Amazon. If I could return it, I WOULD. But I guess digital videos cannot be returned. You messed up big on this one Amazon. So disappointed.
6 people found this helpful

CableReviewed in the United States on September 29, 2021
4.0 out of 5 stars
So bad it is good....sort of
Verified purchase
The first Cannonball Run was brilliant. The sequel seemed, well, painfully less. It has such a, "we don't know what to do to fill up 90min so we'll make it up as we go", feel to it. At one point several of our stars are dressed in harem garb dancing in front of the movies 'bad guy'. It is a scene that runs entirely to long and serves no point when the writers could have come up with much better ways to pull off a distraction than that. Heck, I did sitting on my couch rolling my eyes at that skit. The movie does have a few good moments but the humor falls short most times and the fun of the race is played down by cramming it full of awful skits for laughs especially the end of the movie/race at the finish line. What a massive let down. Whom ever wrote the script either lost or never understood the point of the first movie. It might make for a fun 'sick day' movie or one to watch after a bad week and you want to escape but on it's own it doesn't measure up, in my opinion anyway.

I say watch it just to see for yourself, unless it is on cable then definitely watch it there.

brightnightReviewed in the United States on February 1, 2020
2.0 out of 5 stars
Such a waste after a brilliant first movie
Verified purchase
Wow. Rented this one night after watching the original. The first one is hilarious and underrated. Full of all shades of humor and a huge cast of talented actors.
This sequel is the exact opposite. Sure, some of the cast returned but the writing was embarrassingly bad. Like all-time bad. And since this has never been remastered, the quality is pretty much VHS level (if that). But if you want to see it and don’t own it, it’s petty much your only option.

Aside from a horrible plot, horrific acting and a cliched plot, it’s still almost unwatchable at times. If you’ve sat through it, you have my condolences.
One person found this helpful

JakeTheSnakeReviewed in the United States on May 24, 2019
5.0 out of 5 stars
Exquisite Mustache
Verified purchase
The exquisiteness of Burt Reynold's mustache must NOT be under estimated! Fall in line fools! Worship the stache!
4 people found this helpful

Mark Vincent DziadzioReviewed in the United States on September 10, 2018
5.0 out of 5 stars
Blu-Ray “Cannonball Run 2”
Verified purchase
This Movie brings back nostalgia for Me when I was a Kid/Teenager see I love both of These Movies with Burt Reynolds, Dom DeLuise and many more Celebrities that were chosen between the 1st one and the 2nd one which I’m now expecting “Cannonball Run” to arrive during this week or next week I can’t wait to watch Them both but now in High-Definition TV all updated/upgraded Color, Sound, Picture and Clarity on Blu-Ray so THANK You VERY MUCH “Deep Discount Business Company” I appreciate it deeply greatly My Good Friends! I highly recommend adding these 2 Movies to Your Collection!!
One person found this helpful

JVIIReviewed in the United States on February 5, 2019
2.0 out of 5 stars
2.5 stars - Pretty dumb, but sometimes funny.
Verified purchase
The CBR movies were pretty big back in the day. They scream "80s", but more for their attitude than anything else. They are silly, quite ridiculous, and pretty much an ongoing fight scene with some story sprinkled in. The star studded cast does a good job, and if you like cool cars, there's lots of those. There's not a lot to say about this movie. It is what is is.
3 people found this helpful

S. HillReviewed in the United States on March 14, 2012
4.0 out of 5 stars
Cannonball Run II from a car guys perspective.
Verified purchase
This is my first review. I just finished watching this movie again after not seeing it for many years and I have to comment on it. Being a car guy. It's hard not to love this movie. It has a little of everything. A fantastic cast of stars and cars. There is only one problem. When the two beautiful women driving a Lamborghini start hitchhiking after their car gets stuck. They are picked up by a guy driving driving a Mercedes 300 SL. After they get in the car he tells them that he pulled the six cylinder motor and replaced it with a 283 hemi. Now for anybody who knows anything about cars. A 283 is a Chevy motor and Chrysler is the only company to build a true hemi. And I know it's just a movie but no one in their right mind would even consider changing the engine and Mercedes 300 SL. They were very a limited production car and are extremely valuable. To do so would render this car almost worthless compared to keeping it original. I just don't understand why they would write that into the script. Even though there are other glaring things that can be pointed out about some of the cars. You have to unplug your car knowledge and sit back and enjoy this movie for what it is. And that is a true comedy. That's why I can only give this movie four stars instead of five. The cast of characters in this movie are hilarious. I would highly recommend this movie to everyone, especially people who love cars.
2 people found this helpful
See all reviews
Back to top
Get to Know Us
Make Money with Us
Amazon Payment Products
Let Us Help You
EnglishChoose a language for shopping. United StatesChoose a country/region for shopping.
© 1996-2022, Amazon.com, Inc. or its affiliates