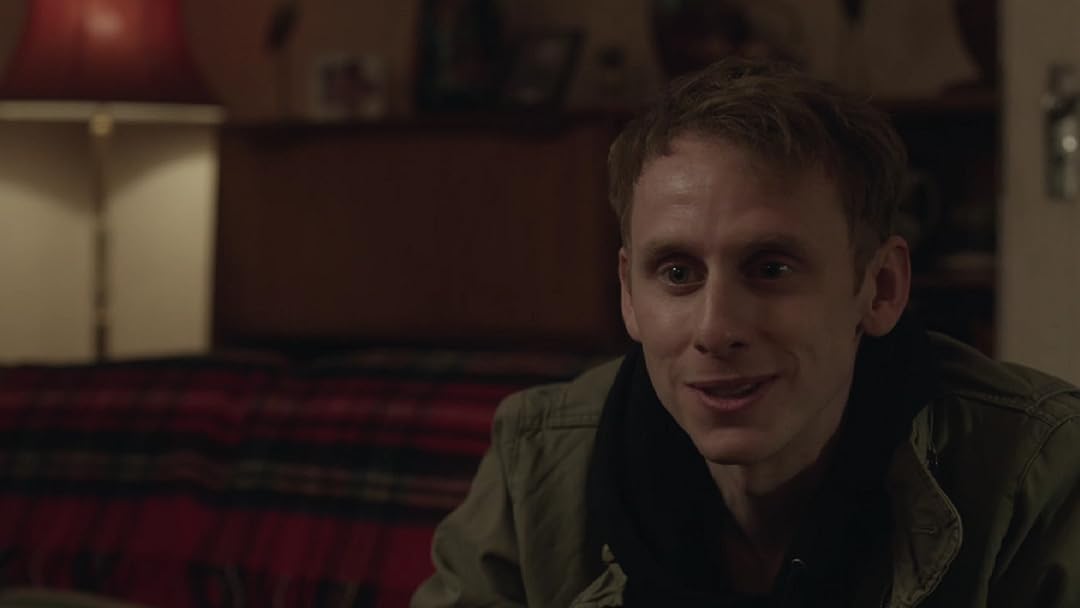 Season 1
(132)6.92021TV-14
One day, the residents of Pepys Road in London all receive an anonymous postcard through their front doors bearing a simple message: “We Want What You Have.” Who is behind the anonymous hate campaign? And what do they want? As the mystery of the postcards deepens, lives intertwine as they fill with love and loss, fear and greed, fortune and envy and, at its heart, family and home.

MikeReviewed in the United States on November 1, 2016
4.0 out of 5 stars
Overcome the desire to quit watching early... you will thank yourself
Verified purchase
First I would blame no one for not liking the show or at least not being able to survive the first episode to get to the point. That said the drama created an incredibly poignant commentary on some of modern societies ills, assumptions and predilections. From the know nothing financial executive who basically spends the first two episodes in a Clark Griswoldesque Christmas bonus fixation, to his wife that has a penchant for spending lots of money, the elderly woman dying and having to rely on the indignities of nationalized healthcare, to the immigrant who is profiting by renovating renovations before the paint can dry. ..okay so how does this a TV show make. Irony...everything about this show full of irony. Happiness comes in strange forms and that which we spend everyday toiling away doesn't necessarily make us happy. I have worked very hard not to give away plot, but just bear with it and I think you will appreciate the effort.
2 people found this helpful

AmyJane410Reviewed in the United States on August 20, 2016
5.0 out of 5 stars
Impressed, Attached and Keenly Looking Forward to More
Verified purchase
It's unusual to find an excellent contemporary series like Capital, which manages to be entertaining, touching, involving and intriguing, all at once. Set in a formerly middle-class London neighborhood, each of its five intertwined story arcs differently examines what the title hints: the effects of money, or lack thereof, on our personal and family lives and on the history of our dwellings. Every character is intelligently scripted and stunningly well-acted, and together weave a narrative with great heart and thought-provoking messages. If this sounds pretentious or boring, it's not.

Skillfully realized with artful cinematography and effective original music, most scenes unfold in both old and new interiors, often against the thematically-significant backdrop of ongoing demolition and renovation. Someone (or many) gave unusual thought to every visual element from large to small, which results in effortlessly perfect-looking compositions that linger at top of mind. At the end, as several major characters embark on a new journey, we feel almost like we've been physically present -- we're now so attached to them all, and we care very much how their next chapters play out. I 'm keenly looking forward to Capital's second season.

OzarkButterflyReviewed in the United States on August 15, 2017
2.0 out of 5 stars
Wonderful actors.
Verified purchase
Wonderful actors...BUT, what a dull, drab, boring 4 episodes, with waaaaaay too much going on that doesn't tie into nothing. Should have just made a 90 minute movie, less characters and a storyline that flowed, not played hopscotch.
One person found this helpful

Amazon CustomerReviewed in the United States on September 26, 2016
5.0 out of 5 stars
Highly Recoomend Capital -- It Sticks with You
Verified purchase
This show may take longer to develop than some viewers may like -- but the mystery revolving around the anonymous, cryptic notes ominously saying only "We want what you have" sent to everyone in specific neighborhood (I'm not all that familiar with English real estate, though I watch just about every BBC show there is, but it appears to be a middle class neighborhood that has seen its property values rise dramatically over the last few decades) grips the viewer from the get go. As it evolves, however, Capital ends up being more about the people who live there. It slowly but surely develops a complex picture of a community under pressure, focusing on a few different residents, all of whom who receive the notes. While it takes time to create the rich texture of the character's intersecting (sometimes in unforeseeable but impactful ways), yet also very separate lives. At the same time, however, it is always engages the viewer with it's fascinating close-up view of the private lives of people living together in a community, who are suddenly brought together in new ways as a result of the police investigation of the vaguely threatening notes. This one may take a little more patience to fully flower, but it is well worth the investment. The viewer may not always know where the plot is going, but it is never boring. The enigmatic quality of the common threat these neighbors face is partly what is so refreshing about Capital. The ride is an interesting one, even if the viewer may at times not know where it will all end up. It's commentary on both community and isolation leaves one thinking long after the final episode. This is probably because, although I do think it has something to say, it is not didactic in it's approach, and lacks a single, overly-obvious (or "over determined" in lit crit speak) "message." It has a subtlety that is sadly lacking in much contemporary TV (though there are the widest variety of great TV shows to be found today than ever before, to be sure). Capital is not exactly like any other show, though, and that is why j I like it so much. As well as the answers it does give to the central mystery, Capital also left me with interesting questions, avoiding any pat, overly-resolved ending.
6 people found this helpful

AnthonyReviewed in the United States on August 29, 2017
4.0 out of 5 stars
Four Stars
Verified purchase
Another season would be good
One person found this helpful

C.L.L.Reviewed in the United States on September 10, 2016
5.0 out of 5 stars
Very enjoyable series
Verified purchase
Interesting and different "life of a street " story touching on many of today's important issues without preaching to the audience. It was fun to watch, lovely performances all round.
4 people found this helpful

Amazon CustomerReviewed in the United States on November 1, 2016
4.0 out of 5 stars
Slow start but reasonable by the end
Verified purchase
Slow start and puzzling for a while. Like another reviewer it took a while to get in to. By the end I finally understood what it was all about. I would say it was fairly enjoyable. I great look at a slice of life in London.

MaggieG13Reviewed in the United States on September 21, 2016
4.0 out of 5 stars
Good one to binge.
Verified purchase
Enjoyed this very much. Well acted, sharp script for the most part.
2 people found this helpful
See all reviews
Back to top
Get to Know Us
Make Money with Us
Amazon Payment Products
Let Us Help You
EnglishChoose a language for shopping. United StatesChoose a country/region for shopping.
© 1996-2021, Amazon.com, Inc. or its affiliates