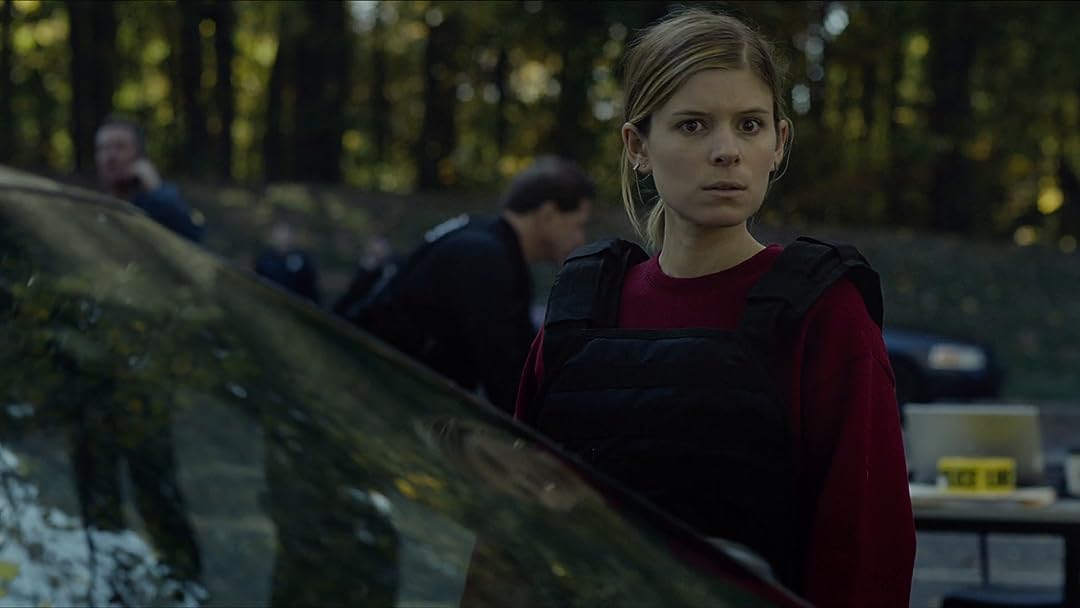 (1,200)
1 h 37 min2015X-RayPG-13
Based on a miraculous true story about the power of faith, Captive is an amazing, inspiring drama about the spiritual collision of two lost souls.

GaryReviewed in the United States on October 29, 2020
4.0 out of 5 stars
A Gripping True Story
Verified purchase
A Christian friend of mine recommended this movie to me. The story is based on a true event. A woman whose life is in shambles at the time is held hostage overnight in her home by a dangerous murderer who escaped from the nearby prison. She ultimately gets him to release her and surrender to the army of police and swat team members outside her home without bloodshed. The main way this seemed to happen is by her reading passages out loud during the ordeal of a book written by an Orange County based pastor, Rick Warren, called "The Purpose Driven Life". The message of the book seemed to have a temporary profound effect on the prison escapee, leading him to surrender without harming anyone.

D. RobertsReviewed in the United States on June 13, 2021
5.0 out of 5 stars
A woman held hostage ~ in her own home!
Verified purchase
Based on a true story from around 2005, the amazing Kate Mara portrays a waitress from the Atlanta area (Ashley Smith) who is a recovering drug addict. She desperately wants to turn her life around so that she can get full custody of her daughter back. Even sans makeup & looking like a haggard meth addict, Kate is stunningly beautiful & delivers a great performance of someone many may not be inclined to have much sympathy for at the beginning of the movie.

Unfortunately, Ashley is taken hostage in her own home by a renegade named Brian Nichols who is on the run from the police after murdering several people. Nichols tries to portray himself as some sort of victim but his actions say otherwise.

What unfolds is a drama of a woman whose life is interrupted when she is on the cusp of putting her life in order. While we are likely to question some of her actions in the story we can understand her concerns.

The one downside of the story is that it pays homage to THE PURPOSE DRIVEN LIFE by Rich Warren. It tries to indicate that there is a nexus between the book & the fact that Ashley came out of the experience alive. That is absurd. While religious people will see this part of the movie as a feature, I see it as a bug. To each their own.

~ XLNTMOMMY ~Reviewed in the United States on October 13, 2021
3.0 out of 5 stars
are you kidding .. ?
Verified purchase
I watched this and half-way through started distracting myself with writing lists, etc because it was not that great .. not so much boring (well, ok, yes it was) but the pace could hav been a bit better (riiiight) and definitely could hav been more relalistic (this is true) ..

I know its easy to sit on your couch and say "what you would do" .. but honestly, to stand there while he tapes you ..? to just lay there while he flips you over (and tapes you again ..??) Id be fighting .. or maybe that was the point .. she didnt fight so she lived .. IDK .

this is supposed to be "a true story" but I know how hollywood embellishes for "dramatic purposes and license" but this just wasnt done very well .. I wish I had seen more of the police involvement .. but even though it had a few moments .. it was still kinda "meh" .

SaliniReviewed in the United States on October 4, 2017
2.0 out of 5 stars
Not an inspirational film at all, this film falls short of it's advertising
Verified purchase
I'm not sure why the caption under the movie reads based on the inspiring true story. There was very little in this movie to inspire anyone. I'm glad this woman made it out alive and the man was captured, but the movie failed to show the reasons he spared her or what she did to inspire him not to. I thought perhaps during her ordeal she would have spoken words of faith to him, said something to awaken him, confronted him or otherwise faced down the demons within him. Perhaps she did but the film doesn't show it. I kept waiting for something inspiring to happen. It never did. Instead, she said little and it was just a long drawn out waiting game as to what he was going to do to escape or possibly kill her too. The inclusion of the book, "The Purpose Driven Life" was unnecessary to the story as she didn't read it or understand it and simply used it as a distraction for the killer. The fact she got sober because of this is the best part of the story. I feel the suspect came to realize he was on the wrong path on his own without her input. Perhaps the birth of his son was what inspired him, but we are left with many unanswered questions. With so much suffering going on in the world, I didn't find this movie to be inspiring at all but rather indulging the author and woman at the center of the story. If you are looking for inspiration, skip this movie.
4 people found this helpful

Scotty HaydenReviewed in the United States on October 3, 2021
5.0 out of 5 stars
Some times the Universe is not so subtle when it wants to tell you something...
Verified purchase
It is a 5 Star movie from the perspective of one wanting to watch an entertaining, thought provoking, heart warming motion picture.

From someone with whom the messaging resonated so strongly they had to write a review...well, it was the equivalent of whichever constellation shines the brightest.
2 people found this helpful

RichardReviewed in the United States on October 16, 2016
3.0 out of 5 stars
Unfortunately, not a very well told story
Verified purchase
The only thing that makes this worth watching is that it was based upon real events that save the real life Ashley Smith out of an addiction to crystal meth. The convict-on-the-run story was weak compared to similar films but improves when escapee Brian Nichols takes Smith hostage in her apartment.

This should have been a better movie. It seems that the producer/director team wanted more to stay true to the real events than telling a compelling story. A story that did emerge in the final moments of the film with archival footage of the real Smith telling her story to television news and talk show hosts. Seeing that indicates that the real story was likely more compelling that what emerged in the film.
4 people found this helpful

Lisa TReviewed in the United States on October 18, 2016
3.0 out of 5 stars
Solid acting and a good story.
Verified purchase
I enjoyed this movie. I was surprised that the book "The Purpose Driven Life" didn't have more or a center stage in the movie, since (from what I understand of the actual events) reading this was likely the pivotal event in the way this situation turned out. I am a huge Kata Mara fan, though, and thought she did her usual terrific job. David Oyelowo managed to be a sympathetic character, at least to me, even during threatening behaviors. It was obvious he did indeed have a demon inside of him, and really seemed to be fighting it. Thumbs up from me, and I'd recommend it.
3 people found this helpful
See all reviews
Back to top
Get to Know Us
Make Money with Us
Amazon Payment Products
Let Us Help You
EnglishChoose a language for shopping. United StatesChoose a country/region for shopping.
© 1996-2022, Amazon.com, Inc. or its affiliates