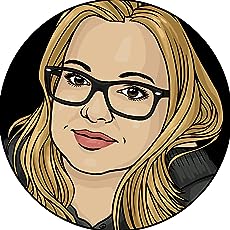 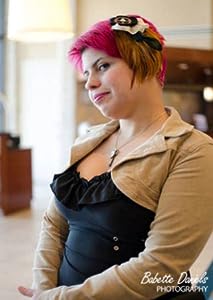 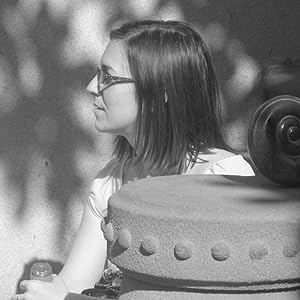 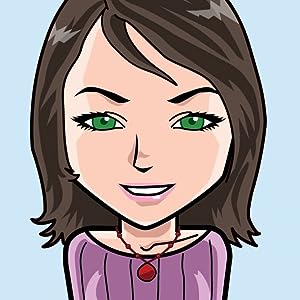 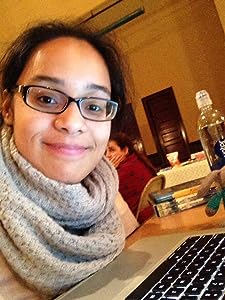 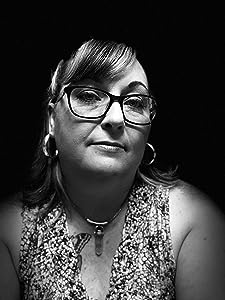 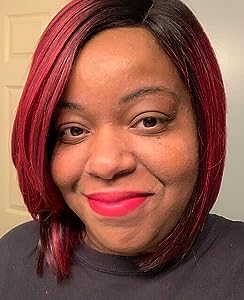 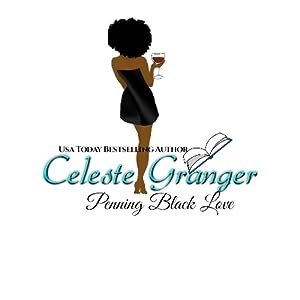 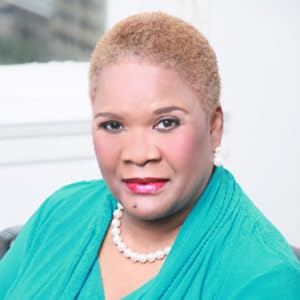 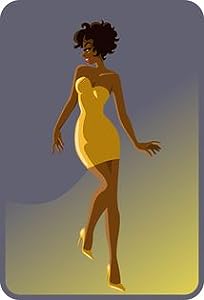 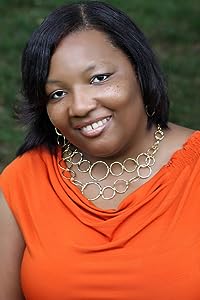 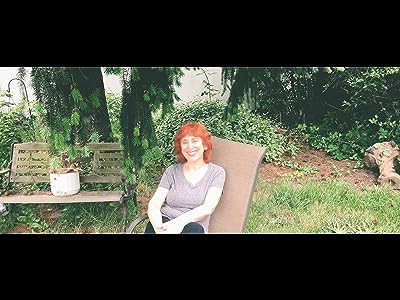 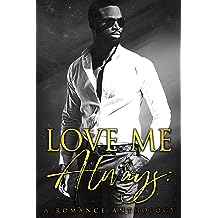 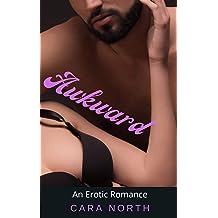 Awkward Aug 22, 2020
by Cara North
( 1 )
$2.99
This is awkward. I'm awkward. He is really awkward. Still, we do awkward well. A second chance at a romance isn't something I expected to find on this trip to the Big Apple, but I wasn't going to walk away from it now I found it, either. 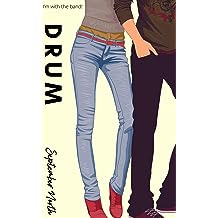 Drum (The Drummonds Book 1) Aug 30, 2020
by September North , Cara North
( 2 )
$2.99
Isn’t the musician supposed to be the aggressive one? Not in this relationship. I wanted him. He wanted me. I never thought I would be the one leading the charge, but if I waited for Drum to try to hit a homerun, I’d be graduating college not high school. 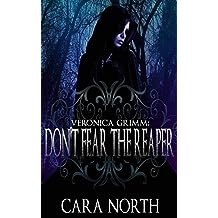 Veronica Grimm: Don't Fear the Reaper (Nowhere, North Carolina) Jan 29, 2019
by Cara North
( 1 )
$4.99
In Nowhere, North Carolina the rules have been established for centuries. Veronica Grimm may be an heir to the Reaper throne, but she wasn’t born or raised in Nowhere. She doesn’t know the rules. Moreover, she doesn’t care about breaking them. Especially, when it means taking the handsome hybrid for her mate. Sirius Casanova has been bite bound to Veronica since they were children. She has no idea what he has been through or how dangerous the sleepy little paranormal town really is. Worried that at any moment she might kill him, he still can’t resist being near her, with her, a part of her. A whole town built on magic and the whims of an ancient being, governed by laws put in place long before she was thought of, haven for paranormal beings, threat to the outside world around it, and that’s just the information she knows. It’s time to break old rules, make new ones, and fight for their lives. Welcome to Nowhere.
Read more
Other Formats: Audible Audiobook , Paperback 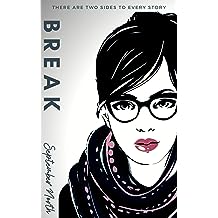 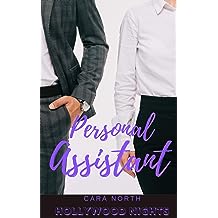 Personal Assistant (Hollywood Nights Book 1) Dec 3, 2013
by Cara North
( 3 )
$3.99
Frankie put in the application to be a personal assistant without thinking she would actually get the job. She did. Working for one of Hollywood’s most desirable actors and unabashed flirt proves to be more challenging than any job she has had before.
Of course, when the lines between work and play get blurry, she has to let him break a few rules to avoid breaking her heart.
Read more
Other Formats: Audible Audiobook , Paperback 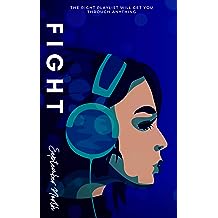 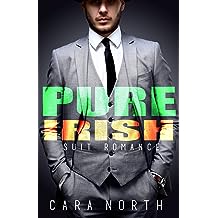 Pure Irish (Suit Romance) Dec 1, 2017
by Cara North
( 5 )
$0.99
Ophelia Peters is a military veteran, a thrill seeker, and aspiring clothing designer living in NYC. Niall Gallagher is the marketing director for his family's Irish Whiskey brand. He needs a date for his brother's wedding back in Ireland and nothing would irritate them all more than if he brought home an American beauty. Ophelia isn't afraid of taking a trip to Ireland and acting like Niall's girlfriend for a weekend. She is afraid of how easy the Irishman seems to fit into her heart. It could just be the suit, but the man wears it well.
Read more
Other Formats: Audible Audiobook 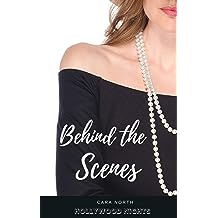 Behind the Scenes (Hollywood Nights Book 11) Dec 5, 2013
by Cara North
$0.99
Zoe accepts the challenge of being the PA of the most difficult man in the world because she really hopes that means he is a bit bossy and demanding. She wants that, even if she can only get it at work.

Elijah Oxford has a secret and his new PA is bringing that to light. Once he decides to keep her he really has to tell her what that means. To be his. It is the most difficult thing he has had to do.

Find out who truly is the Master of hearts. 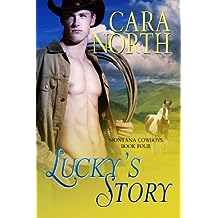 Lucky's Story: Save a Horse Ride a Cowboy (Johnson Family Ranch) Feb 9, 2013
by Cara North
( 3 )
$0.99
When Hope Inkwell gets lost she is rescued by Lucky. Hope has been hurt in the past and has strengthened her walls and no one is getting in ever again. 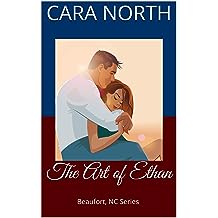 Grace McPherson anxiously awaits her Cousin Megan’s return home. She hasn’t seen Megan in a few years though they e-mail and talk regularly on the telephone. Megan is the only family Grace has left and vice versa. Megan is bringing her fiancé Chase and his older brother Ethan along for the visit. Grace suspects she has some harebrained plan to hook her and Ethan up, but Grace is through with men. They are more trouble than they are worth and she didn’t need any distractions. She was perfectly fine living alone.
Ethan Young needed to get away from all the wild women in New York. He couldn’t very well escape to a deserted island when his little brother was getting married in a few weeks so he agreed to go along to North Carolina.
Megan insisted on eating at a restaurant where the chef, of the female variety, was pissed at Ethan. By the time they arrived in North Carolina he had used two emergency bags and his stomach felt ready to drop out of his body altogether.
Grace was definitely attracted to Ethan, but he kept throwing up, a dead man wasn’t exactly what she had in mind. Taking them home and getting Ethan into bed-to rest was the first priority of this visit.
Once he was awake and well, he wasted no time in trying to seduce her. But Grace couldn’t, she wouldn’t risk her relationship with Megan for a single night of unadulterated pleasure. No matter how tempting he was.
Ethan had never been turned down before and he didn’t like being turned down now. The more Grace evaded his advances, the more he wanted her. It was a novel thing to actually work for a woman’s attention. He kinda liked it, and he really like Grace. She was unlike any woman he had ever met. Strong, earthy, she was real. His money, his status, none of that mattered to her, he had to win her over based on his own merits.
Grace tried to resist, but Ethan had a way of penetrating her senses and stirring emotions she thought were long buried. Like the fact that she had lost her mother, and never really cried about that. Or, the fact that she was lonely, and didn’t want to live alone forever. He made short work of opening her heart up for the entire world to see then heading back to New York.
Her only hope was the plan they connived together for Megan’s wedding would help him get rid of a stalker, and help her get into his heart. But could she give up everything she has ever known and take a chance like that? Will he be willing to give up his entire life and the beautiful women of the city for a small town girl?
Ethan tells her he loves her but she thinks she imagined it since they were at the peak of an orgasm when he said it. Ethan deals with the realization that he did mean it. And Grace apparently didn’t care. Unfortunately for her, he wasn’t giving up so easily.
Unfortunately for both of them, neither was his stalker Chloe. She set his stairwell on fire, almost causing the entire gallery and apartment above it to go up in flames, with him in it! Ethan goes to the only place he really feels safe now, Grace, her home, her arms.
It is during his stay in North Carolina the second time they discover that condoms sometimes break.
When they return to New York, Grace indulges Megan to take a pregnancy test for her to get a party pass for the bachelorette party, and Grace discovers that she is pregnant. When she finally tells Ethan, he is more than a little excited; he is downright ready to drop everything he has to be with her and his child.

Welcome to Beaufort North Carolina. Grace loves the rich history and culture of the small town she lives in. Ethan loves art. He is a renowned artist in New York and could never imagine leaving the city for anyone or anything. Then he met Grace.
Read more
Other Formats: Audible Audiobook , Paperback 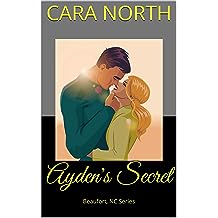 Ayden's Secret: Beaufort, NC Series (Beaufort, North Carolina Book 3) Nov 28, 2013
by Cara North
( 3 )
$2.99
Ayden Wolf had settled into a nice retirement from the FBI. He lived near his little sister, Evelyn. He had planned for a big family reunion, he did not plan for the one woman he could never have, Charlie.

Charlie Mann decided she could not wait on Ayden any longer. As a Vegas Showgirl, she was part of his first real FBI case. After years of waiting on him to realize she was no longer part of his job, she decided to take matters into her own hands.

Some cases don't close easy, and a copycat killer is out to prove that Charlie needs Ayden watching her back as much as she needs him in her life.
Read more
Other Formats: Paperback