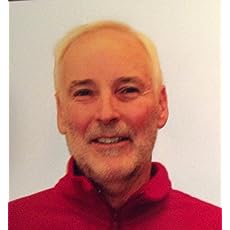 Carl Deuker was raised in Redwood City, California, the son of Jack Deuker and Marie Milligan Deuker. As a young boy, he spent many hours in the creek behind his house and in the wooded area west of his house. Mainly he kicked around with his friend Paul G., looking for frogs and lizards and the occasional snake.

Once he started school, Carl continued to wander about in the woods above his house but, as he grew older, he participated in sports. He was good enough to make most teams, but not good enough to play much. He describes himself as a classic second-stringer. "I was too slow and too short for basketball; I was too small for football, too frightened to hang in against a good fastball. So, by my senior year the only sport I was still playing was golf."

Carl attended the University of California, Berkeley during the heady days of student protest over Vietnam. He participated in many of those protests, but looking back is not so sure how he feels about those days. "Yes, we students were right about Vietnam. It was a waste. But I'm not sure we understood much of what was happening. I thought I knew everything back then, and I cringe to think how little I actually knew."

Carl was an English major at Berkeley, spending many hours reading the classics and writing bad poetry and slightly better stories. He participated in intramural sports in those years as well, and was somewhat surprised to find out that he was, in fact, a decent athlete. Being free from coaches and fans allowed him to enjoy the games more. During his time at Berkeley, he especially enjoyed volleyball.

As an adult, Carl has worked primarily as a teacher, though he also has had some time in the newspaper business. He played basketball and taught volleyball for many years, but one-too-many sprained ankles forced him to give up both games. Carl still loves playing golf early on Sunday mornings at Jefferson Park, a classic old public golf course located on Beacon Hill in Seattle. Jefferson is the course on which Fred Couples learned to play. (Yes, Fred Couples learned the game on a public golf course.) Carl's handicap is around 10--not bad for an old guy. Now that he is retired, Carl goes to the gym every morning to do some light weightlifting and spend some time reading books while on the stationary bike.

Married and the father of Marian, Carl taught EAP for many years in the Northshore School District outside of Seattle. He misses his students, but not the crazy amount of paperwork/testing that is plaguing the teaching profession . . . and students. He is the author of ON THE DEVIL'S COURT, HEART OF A CHAMPION, NIGHT HOOPS, PAINTING THE BLACK, HIGH HEAT, RUNNER, GYM CANDY, PAYBACK TIME, SWAGGER, and GUTLESS (9/​2016). ON THE DEVIL'S COURT was YA book of the year in South Carolina; HEART OF A CHAMPION was named book of the year in Nebraska, Pennsylvania, and Tennessee; NIGHT HOOPS won in Nebraska; and HIGH HEAT also won the Golden Sower award in Nebraska. GYM CANDY was book of the year in Iowa.

Since Carl grew up in the Bay area, he is a long time Giants fan. His all-time favorite players are Willie Mays, Willie McCovey, and especially Juan Marichal. These days, as a long-time Seattle resident, he follows the Mariners, Seahawks, and UW Husky teams closely.


Carl Deuker welcomes fan letters and will always write back. He prefers e-mail because he replies more quickly. cdeuker@​gmail.com
He will eventually get to regular mail, but that usually takes him longer. M.D.
Read more 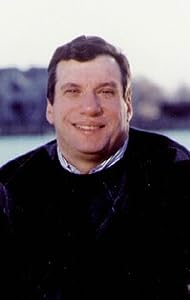 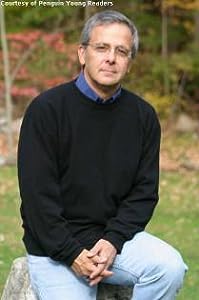 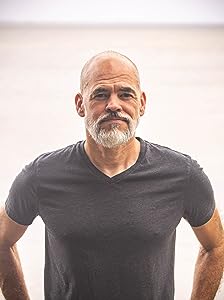 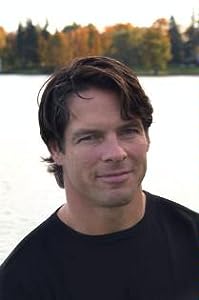 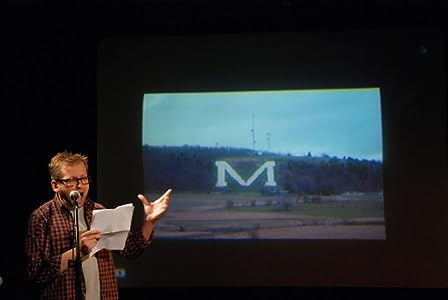 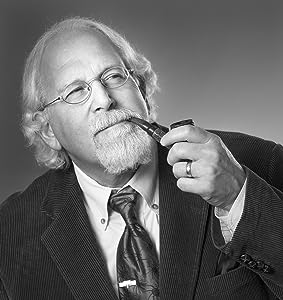 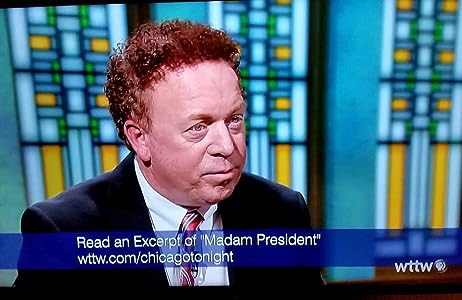 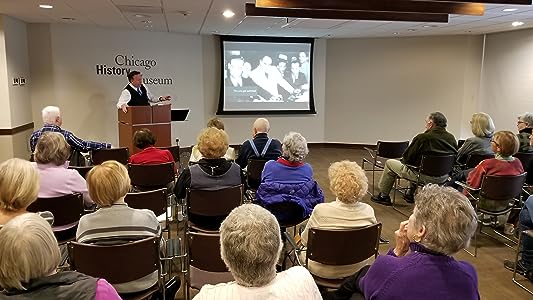 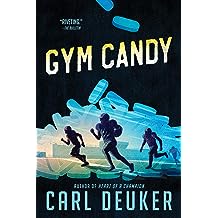 Gym Candy Sep 22, 2008
by Carl Deuker
( 161 )
$9.99
“Look, Mick,” he said, “you’re going to find out from somebody in the gym, so you might as well find out from me. Those supplements you’re taking? They might get you a little bigger, but just a little. If you’re after serious results, there’s other stuff that produces better results much faster, stuff that a lot of guys in the gym use.” “What other stuff?” “You know what I’m talking about—gym candy.”

Runningback Mick Johnson has dreams: dreams of cutting back, finding the hole, breaking into the open, and running free with nothing but green grass ahead. He has dreams of winning and of being the best. But football is a cruel sport. It requires power, grace, speed, quickness, and knowledge of the game. It takes luck, too. One crazy bounce can turn a likely victory into sudden defeat. What elite athlete wouldn’t look for an edge? A way to make him bigger, stronger, faster?
This novel explores the dark corners of the heart of a young football player as he struggles for success under the always glaring—and often unforgiving—stadium lights.
Read more
Other Formats: Audible Audiobook , Library Binding , Paperback , MP3 CD 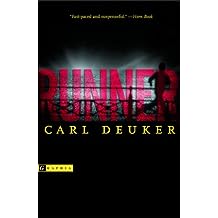 Runner Apr 23, 2007
by Carl Deuker
( 104 )
$5.99
When a new job falls his way, Chance jumps at the opportunity, becoming a runner who picks up strange packages on a daily route and delivers them to a shady man at the marina. Chase knows how much he will earn—what he doesn’t know is how much he will pay.

Suspenseful, fast-paced, and timely, this novel avoids easy answers as it examines issues of terrorism and patriotism, fear and courage, and lives of privilege and poverty.

This edition includes a Q and A with author Carl Deuker.
Read more
Other Formats: Library Binding , Paperback 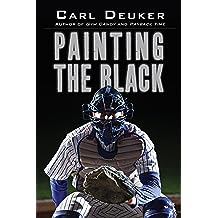 Painting the Black Apr 28, 1997
by Carl Deuker
( 50 )
$8.99
In his senior year of high school, late bloomer Ryan Ward has just begun to feel the magic of baseball - the magic of catching a wicked slider, of throwing a runner out, of training hard and playing hard and pushing his limits. Giving up baseball would be like getting off the most exciting ride of his life. But when one of his teammates clearly pushes the limits too far, Ryan is faced with a heartbreaking dilemma: he must choose between his love for the game and his sense of integrity - two things that, in his mind, baseball should bring together.
Read more
Other Formats: Hardcover , Paperback , Mass Market Paperback 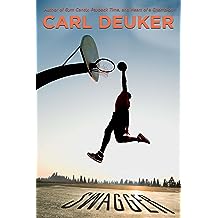 Levi was simple, like a child. It was the best thing about him, and it was the worst, too.

When high school senior Jonas moves to Seattle, he is glad to meet Levi, a nice, soft-spoken guy and fellow basketball player. Suspense builds like a slow drumbeat as readers start to smell a rat in Ryan Hartwell, a charismatic basketball coach and sexual predator. When Levi reluctantly tells Jonas that Hartwell abused him, Jonas has to decide whether he should risk his future career to report the coach. Pitch-perfect basketball plays, well-developed characters, and fine storytelling make this psychological sports novel a slam dunk. 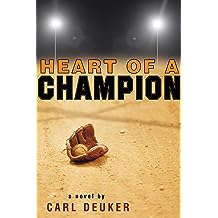 Heart of a Champion May 1, 2009
by Carl Deuker
( 148 )
$1.99
Jimmy Winter is a born star on the baseball field, and Seth Barnam can only dream of being as talented. Still, the two baseball fanatics have the kind of friendship that should last forever. But when Seth experiences an unthinkable loss, he's forced to find his own personal strength--on and off the field. 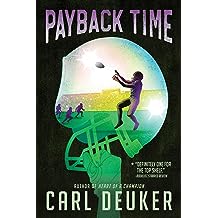 Payback Time Sep 6, 2010
by Carl Deuker
( 92 )
$9.99
Through the eyes of a distinctly non-athletic protagonist—a fat high school journalist named Mitch—veteran sports novelist Deuker reveals the surprising truth behind a mysterious football player named Angel.  When Angel shows up Lincoln High, he seems to have no past—or at least not one he is willing to discuss.  Though Mitch gets a glimpse of Angel's incredible talent off the field, Angel rarely allows himself to shine on the field.  Is he an undercover cop, wonders Mitch?  Or an ineligible player?  In pursuit of a killer story, Mitch decides to find out just who this player is and what he's done.  In the end, the truth surprises everyone.
Read more
Other Formats: Audible Audiobook , Hardcover , Paperback 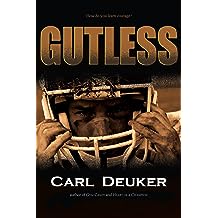 From the author of Gym Candy comes a novel of football and bullying, finding friends and finding courage.

With both good speed and good hands, wide receiver Brock Ripley should be a natural for the varsity team, but he shies away from physical contact. When he gets cut from varsity, he also loses his friendship with star quarterback Hunter Gates who begins lashing out at not only Brock, but also Brock’s friend, the quiet and smart Richie Fang. Brock wants to stand up for Fang, but he is younger, smaller, and doesn’t want to cause problems. But when the bullying goes too far, will Brock be able to face his fears, stop being a bystander, and prove to himself that he is brave enough? 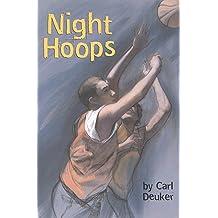 Nick Abbott and Trent Dawson have nothing in common but basketball. Or so it seems. But as the basketball season progresses, their lives become unexpectedly intertwined. In this story of an unlikely bond, award-winning author Carl Deuker explores that dark and confusing place between loneliness and friendship, between faithfulness and betrayal. Filled with gripping game play, the novel will leave readers wondering how much they themselves would reach out to a kid like Trent.

Golden Arm Apr 7, 2020
by Carl Deuker
( 13 )
$9.99
In this riveting story about baseball and brotherhood, a boy from the wrong side of the tracks finds himself pitching his way out of poverty—one strike at a time. By “a premier author of provocative YA sports novels” (The Bulletin).

Lazarus “Laz” Weathers has always been shy, and his issue with stuttering when he speaks hasn’t helped. Stuck in a Seattle trailer park, Laz finds baseball helps him escape from the world of poverty and drugs. When he gets an opportunity to pitch for the rich kids across town, he has a chance to get drafted by the major leagues.

But playing for the other team means leaving behind his family, including Antonio, Laz’s younger brother, who more and more, seems to be drawn to the dark world of the Jet City’s drug ring. Now Laz will have to choose between being the star pitcher he always dreamed of becoming and the team player his family needs.
Read more
Other Formats: Audible Audiobook , Hardcover , Audio CD 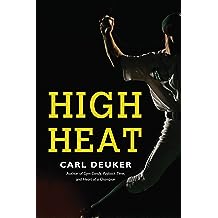 High Heat Mar 21, 2003
by Carl Deuker
( 34 )
$8.99
Like the game of baseball, life is quirky and unpredictable, as Shane Hunter discovers in the spring of his sophomore year. Suddenly and without warning his life of privilege is turned upside down. And just as suddenly, life begins to seem utterly without fairness or purpose to him.
Exciting, well-written sports scenes transport readers right into the stands while complex issues engage their hearts and minds. For here is a novel of loss, of morality, and of the rare, redemptive power of baseball. Can speaking the truth really determine lives? Just how does one accept, move on, and begin doing the right thing?
Read more
Other Formats: Hardcover , Paperback , Mass Market Paperback