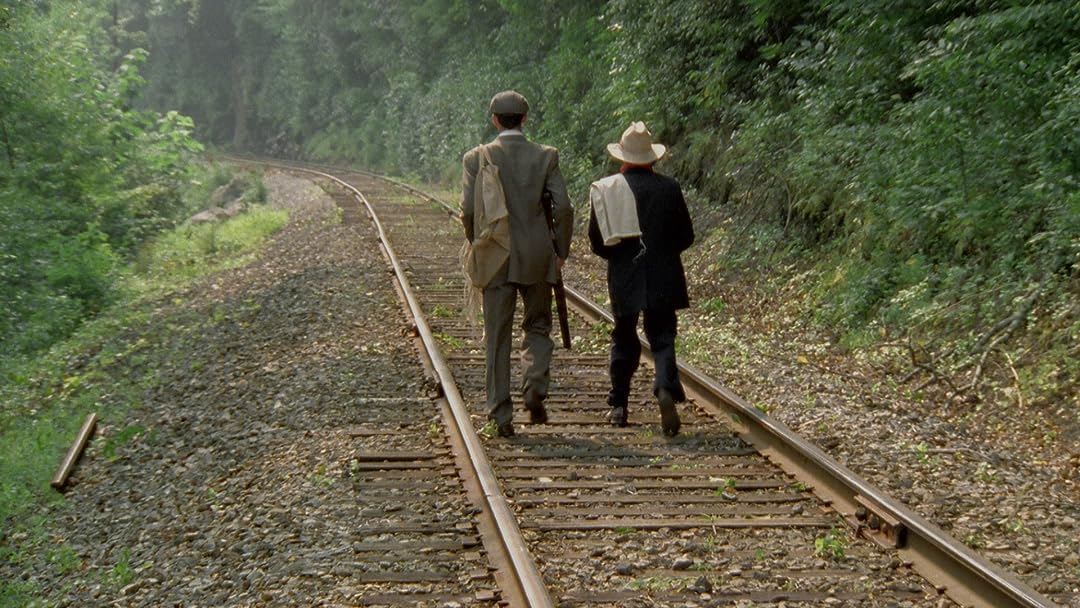 (72)
6.11 h 23 min2020X-Ray16+
Childhood friends Henry and Oshel leave a peaceful life behind when they start robbing trains and banks in the hills of North Carolina in this depression-era Appalachian western.

R RobinsonReviewed in the United States on November 23, 2020
5.0 out of 5 stars
Just be honest with your reviews 👍
Verified purchase
Why anyone would give this portrayal of life of nearly 100 years ago a bad review is beyond me, unless of course they just don't understand the way things were back then. Commenting on and reviewing a film that you self admitted didn't complete is hypocritical in itself and by that standard, the review should be removed.
I think this film is an excellent portrayal of the way of life our parents and grandparents were dealt during this era.
27 people found this helpful

MaggieG13Reviewed in the United States on December 11, 2020
4.0 out of 5 stars
Gorgeous scenery
Verified purchase
I enjoyed this movie. It was simple, uncomplicated and no nudity and foul mouths. The friendship between the two main characters was sweet and very realistic with their banter that occasionally crossed over into argument. Their love and respect for each other was obvious - I'm not sure why any reviewer would say the acting was horrible. It was top notch even from the child who played the little sister. They had a simple plan, to just survive in the hard times of their lifetime and it all went wrong. The background of the gorgeous North Carolina area was a stark contrast to the bleakness of their hardworking lives where they struggled just to survive but did so with a simple straightforward strength of character and faith in God.
15 people found this helpful

BrewReviewed in the United States on November 17, 2020
5.0 out of 5 stars
The way it was back then.
Verified purchase
This is an excellent movie for anyone that knew their grandparents and great grandparents. This was common back in those days and people lived it all across this great nation.
14 people found this helpful

RedReviewed in the United States on November 18, 2020
5.0 out of 5 stars
The Great Depression!
Verified purchase
Great movie - a very bad time in America! No money, or food - work was hard to come by! Period piece!
13 people found this helpful

Texas EloiseReviewed in the United States on October 16, 2020
5.0 out of 5 stars
Engaging and endearing
Verified purchase
This movie is set in the beautiful mountains of North Carolina. Captures the Appalachian way of taking care of situations to the best of ones ability.
12 people found this helpful

MyOpinionReviewed in the United States on January 3, 2021
4.0 out of 5 stars
Interesting Simple Story Told n a Simple Straight Forward Way
Verified purchase
This is a little country story filmed in a simple way...from the beginning of the story to the end...Tells the story of 2 young men without a dime to their name living somewhere in the hills of Carolina in the early 1920's during the Great Depression. A large amount of money is needed in order to help one of the boy's father pay off a debt in order to prevent the farm from being foreclosed on. The one boy is enthralled with Shakespeare's play "Hamlet" as well as stories of outlaws and finds inspiration in these writings, although he tends to miss interpret what he reads. The play is his constant companion. He finally persuades his friend on a plan of how to get their hands on some quick large money and that's where things begin to get interesting as well as taking them for a turn in life that cannot be straightened out without paying a dear price.
Beautifully filmed and well acted, this is an enjoyable film with some great original hill people music, possibly from Appalachia. Sweet children and beautiful babies abound in this simple setting of rural life in early 20th century rural America.
6 people found this helpful

PiperReviewed in the United States on November 18, 2020
1.0 out of 5 stars
Low For Sure
Verified purchase
The scene where the two self-admitted idiots breath through the barrels of a double barrel shotgun, side by side under water, is just one of the ridiculous parts of this movie. The script could have been harvested from cuts from 20 or so hillbilly and outlaw movies, and then pieced together in an attempt to form a story. Give yourself a gold star if you can make it to the end.
8 people found this helpful

armchaircowgirlReviewed in the United States on January 3, 2021
5.0 out of 5 stars
Excellent
Verified purchase
I lived in Sylva, NC for 26 years. The barn in the opening dance scene was next to my house and they borrowed my horses to park them by the barn, but I didn't see them in the movie. Regardless, I thoroughly enjoyed this movie!! I think the accents were realistic enough, I totally believe that a couple of desperate kids in the 20's WOULD have done something so stupid as to try and rob a train, The Great Smokey Mountain Express is a real thing, as is the Balsam Mountain Inn and other locations they mentioned, and it was fun to see the beautiful scenery and places I recognized such as the steps of the Jackson County Courthouse. Even if you aren't reminiscing as I was during this movie, it's still a good watch. Sean Bridges did a fabulous job (and won three acting awards for this movie at film festivals), and his career has been quite good over the years. If you want a slow-paced, but I believe totally plausible story filmed in the glorious mountains of NC, this is for you.
5 people found this helpful
See all reviews
Back to top
Get to Know Us
Make Money with Us
Amazon Payment Products
Let Us Help You
EnglishChoose a language for shopping. United StatesChoose a country/region for shopping.
© 1996-2022, Amazon.com, Inc. or its affiliates