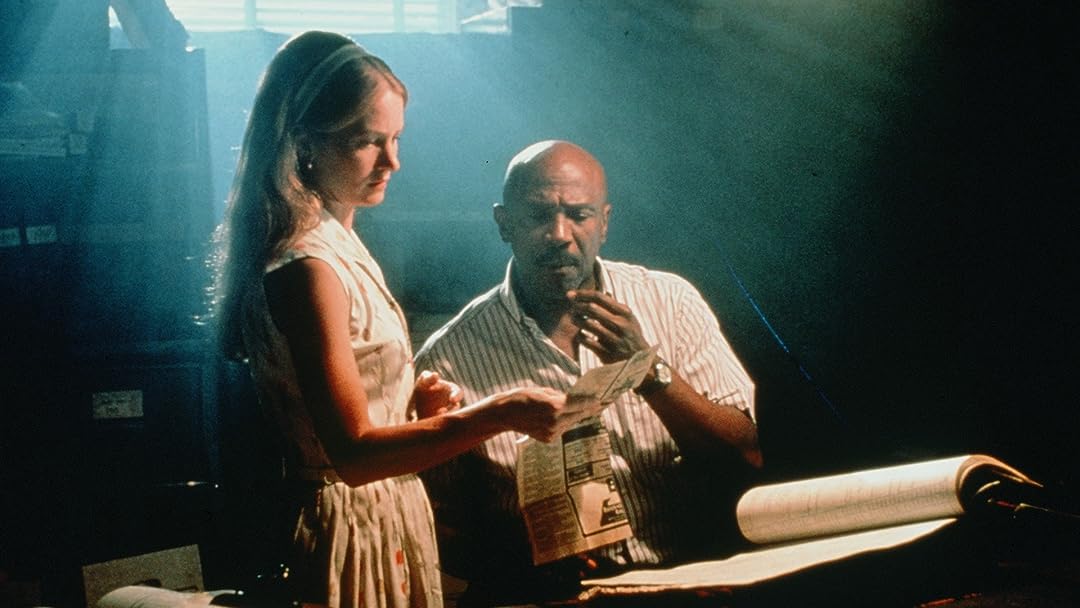 (90)6.31 h 29 min1991R
After a long time in the army, an Afro-American soldier returns to his hometown, where, years ago, his brother was executed for the rape and murder of two white girls. The commando believes his brother to have been innocent and seeks a proof for that, but there are some people in the town who will stop at nothing to hide the secrets of their past.

Silver Screen VideosReviewed in the United States on July 28, 2017
4.0 out of 5 stars
Plenty of Meat on These Bones
Verified purchase
In June, 1944, George Stinney, a 14-year-old black South Carolina boy, became the youngest child legally executed in the United States, when he was electrocuted after being convicted of the murder of two white girls less than three months earlier. The case is widely considered one of the greatest miscarriages of justice in this country, and Stinney was eventually exonerated in 2014. Before that, however, the case, and the question of who actually killed those two girls, became the basis for a solid 1991 TV-movie, “Carolina Skeletons,” based on a novel by David Stout.

The majority of “Carolina Skeletons” takes place in the early 1970’s in rural South Carolina where the murders occurred (in the movie, they take place in 1934). Louis Gossett, Jr., stars as James Bragg, the younger brother of the executed boy (called Linus Bragg in the film). Bragg, a Green Berets colonel, returns to the town he left years earlier to tend to his dying mother, and, at her request, he starts investigating the case all over again. The current sheriff, Junior Stoker (Bruce Dern), is the son of the sheriff (G.D. Spradlin) at the time the murders occurred, and a number of others who were involved in the investigation are still alive and not too keen on Bragg poking around. When a couple of the witnesses turn up dead under mysterious circumstances, Sheriff Stoker gets involved as well.

On one level, “Carolina Skeletons” works fairly well as a mystery. It’s clear from the opening flashbacks that detail the murders that Linus didn’t do it, but finding the actual killer requires some good detective work by both Bragg and Stoker. The teleplay was written by veteran screenwriter Tracy Keenan Wynn, who does a good job of building suspense and disguising his clues. Whodunit fans will enjoy this movie simply for those reasons.

However, “Carolina Skeletons” is even more effective as a commentary on racial relations in the South. There are only a couple of scenes set in 1934, but they are among the most chilling and memorable in the film. In one, the older Sheriff Stoker is able to coax Linus into signing the confession the sheriff prepared (and which was practically the only “evidence” of the boy’s guilt), not through threats but by adopting a gentle, fatherly tone with the frightened child. Later, the movie depicts Linus’ execution in horrifying detail. Nothing graphic is shown, but the underlying horror of the situation is powerful, both for the condemned Linus and for Junior, who was brought by his father to see the execution.

The more recent scenes provide fascinating details about the changing nature of racial relations in the early 1970’s, only a few years after the passage of the Civil Rights Act. Some of the scenes in the movie are fairly predictable, like a late-night Klan appearance at the house where Bragg is staying and white characters’ frequent use of the N-word. But the most effective moments are quieter, like the sight of the now-barred “Colored” entrance to the courthouse that Bragg first tries to use before being told by a deputy he can go in the front door. Later, when he visits the town librarian (Melissa Leo) at a luncheonette, the chill in the restaurant is palpable when he enters and talks to her.

“Carolina Skeletons” only falters when it tries too hard to be an action film. Gossett is quite convincing when he mixes it up with a couple of local rednecks, but the fight scenes and scattered gunplay seem a bit out of place. In addition, from a technical standpoint, the Amazon Prime video that I saw wasn’t the world’s highest quality, no doubt because of the film’s origins as a TV-movie and the lack of high quality master materials. However, for the most part, the movie itself is high quality, with a number of very good character actors in supporting roles, including prototypical redneck Clifton James, Bill Cobbs, and a very young Richard Jenkins. As I write this review, we are 80 years removed from the murders as portrayed in the movie, 70 years from the actual killings in the Stinney case, and nearly 50 years from the events shown in the rest of the film. “Carolina Skeletons” serves as a valuable, and well-made, reminder of the actual skeletons in the not-too-distant past in the South.

elliott j. schertzerReviewed in the United States on February 8, 2021
5.0 out of 5 stars
Powerful
Verified purchase
Amazing made for tv ,but certainly deserved movie house distribution. When this aired on NBC it was powerful and 30 years later has not lost it edge. Outstanding acting by Louis Gossett Jr. and Bruce Dern, Melissa Leo . Then child actor Kenny Blank who plays the 14 year old sent to the electric chair for a double murder he didn't commit, makes you as the viewer feel the trauma he is going through as he is strapped in the chair in his final moments. The film is a rock bed of what it was like in the Jim Crowe South and even after Civil Rights. Screenplay is by Tracy Keenan Wynn who adapted the novel for film and made the characters come to life.

Amazon CustomerReviewed in the United States on February 27, 2020
5.0 out of 5 stars
Tragic movie.
Verified purchase
I hated what happened to that young boy, people are people, they are not defined by their skin color anymore than we whites should be. The movie just broke my heart! Worth watching.
3 people found this helpful

RBrownReviewed in the United States on September 12, 2013
4.0 out of 5 stars
Good tv movie about horrific crime committed against George Stinney
Verified purchase
I thought the movie was good considering it was a made for tv movie, but when I read the actual account of what happened to George Stinney, I realized the movie didn't "go there" like it could have, and should have. They should have shown how 14 year old George's family was run out of town, leaving this young boy all alone to face the naked hatred and racism of an entire town. Instead they focused more on Louis Gossett Jr's character and his determination to find evidence that would posthumously exonerate his brother. I realize the movie is based on George Stinney's execution with the names changed and some aspects fictionalized, but I still felt they did a disservice to the true life story by glossing over certain events. Despite the short-comings, it was a good movie with great performances all around especially for the young man who played the central character.
16 people found this helpful

Jane WharramReviewed in the United States on August 18, 2019
5.0 out of 5 stars
so sad this young boy suffered excurciating death by the hands of white people.
Verified purchase
based on a true life event of this young 14 year old boy. movie was very well written and casted by wonderful actors. horrible horrible injustice was committed on this young boy's life.
2 people found this helpful

Kathleen BristolReviewed in the United States on September 17, 2013
4.0 out of 5 stars
Great acting
Verified purchase
This movie is based on a true story. Of the Youngest Person ever executed in the U.S. I Think it was a great movie, with great acting. The only reason I gave it 4 stars, is I feel that it left out a lot of the actual facts about the history. In other words, it was more for entertainment than for anything educational. Great movie, Just be sure to read the book as well. (If you are interested in the actual Story of the 14 yr. old boy who was executed.
6 people found this helpful

Hari BrandlReviewed in the United States on July 4, 2021
4.0 out of 5 stars
Still topical today
Verified purchase
Highlights the racial divide in the country today. A tragic story of racism.

magpi55Reviewed in the United States on May 10, 2020
2.0 out of 5 stars
Doesn't Click
Verified purchase
All the elements are there - but something just doesn't click. I could never get invested in the characters. It's a potentially compelling story but they just don't pull it off worth a flip.
See all reviews
Back to top
Get to Know Us
Make Money with Us
Amazon Payment Products
Let Us Help You
EnglishChoose a language for shopping. United StatesChoose a country/region for shopping.
© 1996-2021, Amazon.com, Inc. or its affiliates