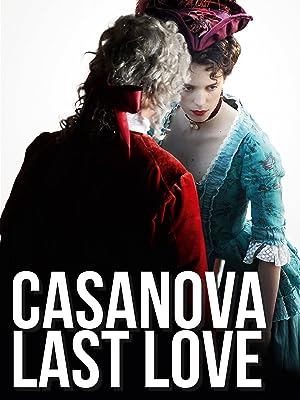 (3)
1 h 38 min202118+
Casanova, exiled to London, becomes enamoured with Marianne de Charpillon, a young courtesan, to the point where he loses interest in all other women. She refutes his advances to become the one true, unrequited love of his life.

septimusReviewed in the United States on November 10, 2021
5.0 out of 5 stars
Jacquot always gives you a lot to chew on
Verified purchase
I am giving this an extra star because of Julia Roy in a quasi-Hussar officer uniform! (As irrational as that might be!)

You do wonder if director Benoit Jacquot is thinking of his relationship with his new muse Roy when writing/directing the story of an over-the-hill Casanova and his unrequited love for a much younger woman. I don't want to insinuate anything and I pay no attention to directors' and actors' private lives. It is an intriguing thought though.

The film is fascinating in many other ways. It is at least the third time Jacquot has set a film in the late 18th century. His _Sade_, also about an aging rogue, is probably his worst film; it is one of his few
efforts without his writing contribution, and in the DVD interview he can see his ambivalence. Is this film a do-over? At least Jacquot's sympathy always lies with the outsider; he is the anti-Olivier Assayas (and the antidote) in that sense. Casanova's gambling and whoring are legend, and some of his exploits listed in wikipedia qualify as child molestation. What is fascinating is how Jacquot normalizes his behavior among the English high society and continental visitors: basically everyone (male or female) is a john, a prostitute, a hustler about to be thrown in prison for running up debt, or a combination of those. The beautiful clothes, immaculate mansions, baroque period music, and stately cinematic composition barely hide the rampant criminality and the rot. The film even visually compares these hangers-on to the Princess's pet dogs.

Casanova is said to be a great conversationalist, but instead of someone like Fabrice Luchini (who is so good in Jacquot's own _Keep It Quiet_), the director picks the taciturn Vincent Lindon. But by 41 Casanova probably looked exactly like Lindon. Stacy Martin's character is likely a composite of historical figures; some day the actress will have to convince us she can play more than just the siren role. The
film-making is elegant, as straight-forward as anything Jacquot has done in years, but it is effective.