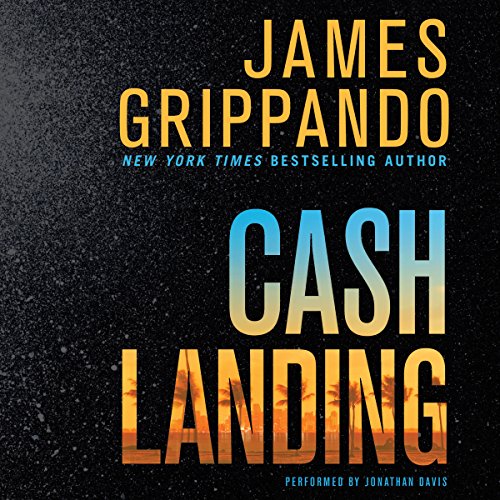 The New York Times best-selling author of Cane and Abe and Black Horizon blends Goodfellas and Elmore Leonard in this wild, suspenseful caper inspired by actual events, in which a band of amateur thieves pulls off one of the biggest airport heists in history with deadly consequences.

Every week a hundred million dollars in cash arrives at Miami International Airport, shipped by German banks to the Federal Reserve. A select group of trusted workers moves the bags through customs and loads them into armored trucks.

Ruban Betancourt has always played by the rules. But the bank taking his house and his restaurant business going bust has driven him over the edge. He and his wife deserve more than life has handed them, and he's come up with a ballsy scheme to get it. With the help of an airport insider, he; his cokehead brother-in-law, Jeffrey; and two ex-cons surprise the guards loading the armored trucks and speed off with $7.4 million in the bed of a pickup truck.

Investigating the heist, FBI agent Andie Henning, newly transferred to Miami from Seattle, knows the best way to catch the thieves is to follow the money. Jeffrey's drug addiction is as conspicuous as the Rolex watches he buys for dancers at the Gold Rush strip club. One of the ex-cons, Pinky Perez, makes no secret of his plan to own a swinger's club - which will allow him carte blanche with his patrons' wives. Levelheaded Ruban is desperately trying to lay low and hold things together.

But Agent Henning isn't the only one on their trail, and in the mob-meets-Miami fashion, these accidental thieves suddenly find themselves way in over their heads...and sinking fast.

Mike Winslow
5.0 out of 5 stars Double-dealing all around
Reviewed in the United States 🇺🇸 on June 26, 2015
Verified Purchase
This is a great tale of a gang who pulls off a large money heist at the Miami Airport. The heist is efficiently executed. It is well planned. But crime does not pay. After the heist, all the gang members fall over each other in betrayal. They are all greedy and criminal and do themselves in. There is a dauntless FBI agent and her colleagues who are able to watch all the deceiving and find the mistakes and pick up the pieces and solve the crime. The book is fast paced. You do not know who is going to double-cross whom next? The protagonist is Ruban, a Cuban refugee and ex-con, living in Miami. You mainly see the story through his eyes. The antagonist is Andie, a competent and clever FBI agent . Like Ruban, Andie has to fight through the double-dealing and bureaucracy of the FBI and other police agencies to solve the crime and catch the gang members. There is double-dealing on both sides. You wonder how anything succeeds in life? That is what the theme of this book is about. It is well worth reading?
Read more
3 people found this helpful
Helpful
Report abuse

Dr. Ronald G. Clark
5.0 out of 5 stars Cash Landing captures the exotic Latin Beat of Miami
Reviewed in the United States 🇺🇸 on August 3, 2016
Verified Purchase
I have been a fan of Jim Grippando for many years. I’ve read most of his novels. I thoroughly enjoyed Cash Landing. It is set in Miami, Florida and is based upon one of the biggest cash heists in history. The protagonist, Ruban Betancourt and his wife Savannah are caught up in the American dream of working hard and earing considerable money with the aspirations of leading a life of luxury in a city inundated with expensive homes, cars, and yachts. Then they are caught up in trying to keep up with mortgage payments, then plunging into despair. The novel captures the Latin Beat of Miami. There are exciting twists and turns involving the bad guys, some evil, and the FBI. The book reads like a thrilling movie script. I can see Special FBI Agent Andie Henning becoming a star in subsequent novels. My wife read and loved the book and said that it should be made into a movie.
Read more
5 people found this helpful
Helpful
Report abuse

Linda S. Dimezza
VINE VOICE
4.0 out of 5 stars Grippando equals Great Read!
Reviewed in the United States 🇺🇸 on June 23, 2015
Verified Purchase
James Grippando is one of my all-time favorites. I have read every book and have been a fan for many, many years. As usual, this book did not disappoint this reader since it contained all of the signature "Grippando" trademarks that make him such a gifted writer. I will have to say though that it was nice to finally discover just how Jack met his FBI sweetie!! Of course another Jack Swytek novel would be appreciated!!! And I would also like another book that would finish the dilemma I had at the end of Cane and Abe. But, anyway, thanks to James Grippando for so many wonderful books and the time spent enjoying them!
Read more
One person found this helpful
Helpful
Report abuse

DK
5.0 out of 5 stars Cash landing!
Reviewed in the United States 🇺🇸 on August 6, 2019
Verified Purchase
Great story about greed and lying. Eventually your pass will come to haunt you and you will have to answer to your loved ones. Ruban had come to this country with his best friend in a raft from Cuba. Made some bad decisions and tried to hide them from his wife Savannah. The FBI lead by Andie, the new recruit from Seattle were able to capture the thieves and retrieve the balance of the cash that Ruban had with the assistance of Savannah who finally knew the truth about her husband. Andie meets Savannah’s lawyer, Jack Swyteck, the son of the past governor of Florida, who she will soon become to know very well.
Read more
One person found this helpful
Helpful
Report abuse

J. B. Perkins
3.0 out of 5 stars NOT UP TO AUTHOR'S USUAL HIGH STANDARDS
Reviewed in the United States 🇺🇸 on June 3, 2015
Verified Purchase
I have read all of James Grippando's books and looked forward to his new one. Unfortunately, I was disappointed. The story is ok, but not terribly engaging. I didn't really care about any of the characters and felt it was pretty predictable. When I pre ordered the book I thought it was a Jack Sweyteck novel. Since I never liked his fiance, Andie, I had hoped the author would have broken them up for this novel. The good news is that he did break them up. The bad news is that Jack wasn't in the book, but Andie was. Note to author - I love you but it was the wrong choice. She's not especially likable and is boring. I will still read his books in the future because this was the only one I was not crazy about.
Read more
5 people found this helpful
Helpful
Report abuse

Steve L
5.0 out of 5 stars Fast moving action thriller--you won't be disappointed
Reviewed in the United States 🇺🇸 on June 10, 2015
Verified Purchase
I admit I hardly read anything until two years ago, when we lost the creator of my favorite FX series, Justified, and I began reading Elmore Leonard books. Once I started, I had to read all of his books, then I wanted more. I read all of Grisham's novels and searched for similar authors. I found James Grippando and read Need You Now. From there I had to read all of his and they are wonderful. I purchased his latest, Cash Landing, for the kindle app and I could not put it down. Makes you wonder what criminals are thinking when they seem to be reasonably intelligent. Good to see Jack Swytech make an appearance at the end. Thanks again to James Grippando for furthering my newly found love of reading.
Read more
One person found this helpful
Helpful
Report abuse

lorena gajardo
4.0 out of 5 stars First of all I'd like to mention
Reviewed in the United States 🇺🇸 on July 31, 2015
Verified Purchase
First of all I'd like to mention, I just finished reading a book by Robin Cook when I started with Cash Landing. I couldn't avoid making a comparison in the writing style. James Grippando looked like the illiterate writer when compared to Cook. Besides that the book is quite entertaining although with a predictable plot.Simple characters. You'll learn the thieves make the police work very easy due to their own stupidity.This a fiction book but the stories told in this novel I have no doubt could have easily happened.
Read more
Helpful
Report abuse
See all reviews

Umesh Shastry
4.0 out of 5 stars Back to form after a last dud!
Reviewed in India 🇮🇳 on January 6, 2016
Verified Purchase
Super crime novel - worth reading and you will find it hard to stop reading once you get caught in the whirlpool of double cross, thrills, suspense and twists it has to offer. James Grippando really packs a solid punch and I recommend his novels to those seeking some really good escapist crime fiction
Read more
Report abuse

Brian
4.0 out of 5 stars Four Stars
Reviewed in Canada 🇨🇦 on August 9, 2015
Verified Purchase
Generally an enjoyable book but a bit predictable near the end.
Read more
Report abuse