Castle of Horror Anthology Volume 4 and millions of other books are available for Amazon Kindle. Learn more 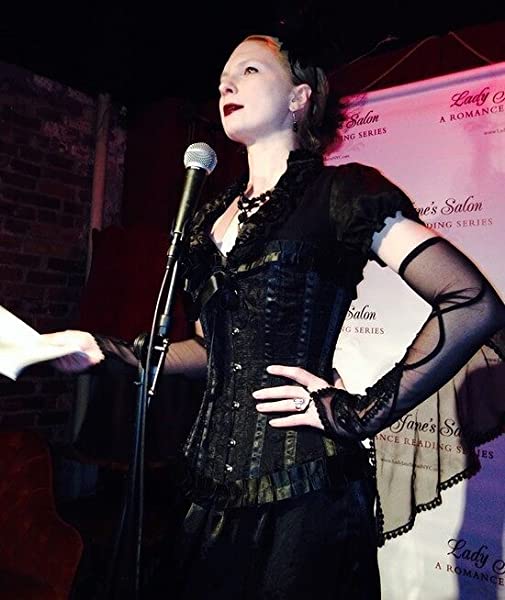 The theme is Gothic-- the horror of Gothic romance. Throughout the mid-century, paperback Gothic romance books dominated the shelves, always featuring a woman running away from a house. (Go ahead, Google "women running from houses.") Gothic romances tended to tell stories of women coming into conflict with old families, old houses and old traditions. So we've asked a bevy of best-selling writers to celebrate the movement with their own horrific takes on gothic. Run from the house with us!
In Churl Yo offers a Bradburyesque sci-fi take on the Gothic, Alethea Kontis also chooses sci-fi in her tale of a futuristic medical procedure gone awry, John Ohno brings a classic governess-arrives-and-things-go-bad story, Jim Towns sets his story in 1972 with his movie-world horror tale, Amanda DeWees has a Gothic tale with an ingenious and tech-savvy female,Jeremiah Dylan Cook gives us a mysterious mansion–and sexy maybe–ghost, Leanna Renee Hieber brings us a ballad-like ghost origin story, Rob Nisbet makes a Lovecraft story out of Lovecraft himself, Bonnie Jo Stufflebeam comes to us with a ghost story of a house with its own ideas, Jason Henderson brings the beginning of a serialized story about an expedition into the fabled and haunted House of Usher, Charles R. Rutledge returns with a Carter Decamp psychic mystery, Henry Herz turns to folklore with his tale of a supernatural being wreaking vengeance on Scottish shores, Tony Jones spins us in the direction of violent, supernatural creatures with a taste for the nightlife, Michael Aronovitz weaves a tale about a person coming to terms with what it takes to escape an attic, Sam Knight perfectly evokes the smells and textures of life at an orchard, and Scott Pearson returns us once again to the contemporary era with his feminist commentary on the Modern Gothic.
Read more
Previous page
Next page

"A Train to Moscow: A Novel" by Elena Gorokhova
In post–World War II Russia, a girl must reconcile a tragic past with her hope for the future in this powerful and poignant novel about family secrets, passion and loss, perseverance and ambition. | Learn more

Page 1 of 1 Start overPage 1 of 1
Previous page
Next page
Start reading Castle of Horror Anthology Volume 4 on your Kindle in under a minute.