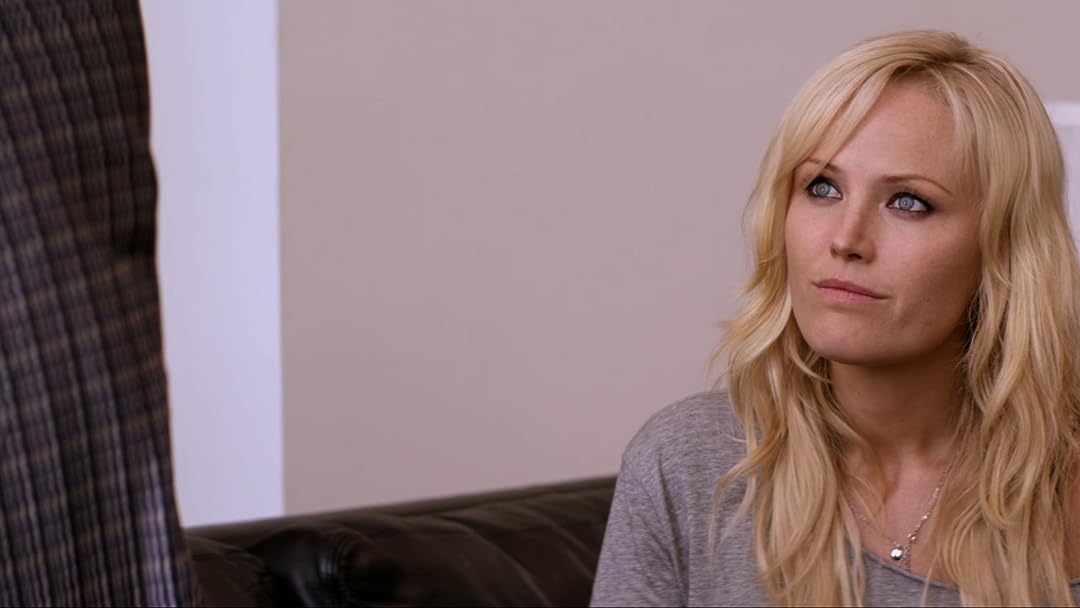 (353)1 h 33 min2011R
Three friends (Akerman, Woll, Reed) sent by their boss to stop a drug deal get caught in a standoff with a psychopath (Whitaker), a truck driver, a line cook, and head crime boss (Willis).

Saved by Grace!!!Reviewed in the United States on April 3, 2020
1.0 out of 5 stars
Skip it!!!
Verified purchase
Hollywood doesn't seem to have any talented writers anymore. It's just "F"bomb after "F" bomb followed by vulgarity after vulgarity, followed up by "God d***" after God d***."
29 people found this helpful

ScottReviewed in the United States on June 13, 2020
1.0 out of 5 stars
Rip off of 5 movies . . .
Verified purchase
Scarface, Kill Bill 2, The Good, The Bad, and The Ugly, Pulp Fiction, and a dash (just a dash) of Hateful Eight. Nothing original in this movie, it's a collage of other's work. Quinton T 4 sure.
13 people found this helpful

Andrew "Big Ugly' HaleReviewed in the United States on November 16, 2020
2.0 out of 5 stars
Music Was Enjoyable
Verified purchase
The character of Tes is immediately obnoxious, chauvinistic, and so above everyone else that she talks down to her own disagreeable friend and pickpockets a man because he dared to tell her she was pretty. The arrogance written into her is like an ultra-Tarantino too-smart-for-crime-lords Catwoman. The film tries too hard to make Tes the object of every needy man or conceited man's desire yet it's not believable. Bruce Willis is Bruce Willis but he plays his character interestingly. Forest Whitaker's array of accents are laughable. The one likeable character gets removed in the first ten minutes. The jumping-around-in-time story line is similar to Pulp Fiction. Tes repeats her lines, twice in a row on top of way too much dialogue versus action. The music was enjoyable.
3 people found this helpful

AM/FMReviewed in the United States on May 25, 2021
1.0 out of 5 stars
CATCH.44 is to the film industry what John Hinckley Jr. was to Ronald Regan - Attempted Assasination
Verified purchase
This is a perfect example of what a movie would look like when produced by a committee!
"I think the script should be like this"
"No, I think it should be more like this"
"OK, we'll compromise and use a little bit of your script and a little bit of mine and bit of his, and hers and see what happens"
Talk about conflicted. No one involved with this movie seemed to know what it was about
Talk about confusion. Everyone who watches this will scratch their head and wonder why
Talk about alternative endings: This film has alternative scenes. The entire movie is a collection of what might have happened IF... WHAT IF we did it this way??? WHAT IF this happened instead of that??? This movie is so fragmented and so incomplete, it's a sure-fire miss. It tries to completly kill off the film industry but fortunately it is so lame it only achieves a feeble attempt.
WHAT if I had never watched this??? I'd have an extra 2 hours of my life to live.

Richard JensenReviewed in the United States on May 4, 2021
2.0 out of 5 stars
Excellent acting; worthless story
Verified purchase
Not a single character to like in this film. It's just a movie about the worthless dregs of humanity that live in the fermenting cesspools of society. Not a single redeeming feature to any of it. Quality cast that did their jobs as paid to do; can't complain about that acting. But so what? Worthless story.

Oh, and I am so tired of seeing 1911 firearms with the hammer down being used to threaten somebody in a movie. If the hammer is down on a 1911, that gun cannot fire. Pull the trigger all you want, and nothing is going to happen. The 1911 is by definition a single-action-only (SAO) weapon, and it's designed to be carried with a round in the chamber, the hammer back, and the safety on. With the hammer down, it's an additional step to manually pull back the hammer or rack the slide before that gun can fire. Thus, as SO often shown in movies, the person brandishing a 1911 with the hammer down has ZERO chance to get the first shot off. A 1911 with the hammer down is NO threat in a stand-off. And this movie makes that basic firearms error so epic that it's a big strike against this film.

Of course, none of the Hollywood liberals know a single thing about actual guns, so absolutely ridiculous garbage like this goes unchallenged. For all their money, apparently producers can't be bothered to hire anybody that knows a thing or two about weapons (the John Wick series being one of the few exceptions to the rule). Accuracy matters not, and, so, movies like this lose the last shred of credibility.

Baba GanushReviewed in the United States on September 8, 2021
3.0 out of 5 stars
A Wanna-be Tarantino-esque Thriller
Verified purchase
Tarantino and Cassavetes make really good "B" movies. This was a wannabe good "B" film in the vein of those two directors. So what does that make it? A "C" movie?

Forest Whitaker is a good actor but I couldn't put a pin in who his character actually was in this one.

The good thing with this film was at least its rhythm was a constant even with the jumping around of the timeline. Everything was one or two beats too slow. It gave you enough time to figure out where each scene was going which it shouldn't have.

Even with its shortcomings I thought it was worth a look-see. I looked. I saw. No regrets.

Frank DogheartyReviewed in the United States on August 23, 2021
1.0 out of 5 stars
Fake
Verified purchase
In the last two years, there have been many movies with the deepfakes of famous actors. You can notice the expressionless eyes.

This one is using a "limited linguistic code," meaning that every other sentence contains the f* word.

The story is so fake that it is nearly unbearable. People with their guns ready to shoot, knowing that only one of them will get out alive, engage in a long conversation in a theatrical manner, as if they were chatting away during lunch.

michael vetteseReviewed in the United States on September 19, 2021
2.0 out of 5 stars
A watch if very bored
Verified purchase
As others said the cinema quality was fine. But the film as a whole was not original at all. It was some what predictable. The dialog was not that interesting. It is hard to copy a Quentin film and this fails on many fronts. You have the typical men bad thrown in there and women never get respect. And the woman is always the one that comes out on top. I like Bruce and Forest as actors but this was a step down for them both. The three girls and everyone else are forgettable in my opinion.
See all reviews
Back to top
Get to Know Us
Make Money with Us
Amazon Payment Products
Let Us Help You
EnglishChoose a language for shopping. United StatesChoose a country/region for shopping.
© 1996-2021, Amazon.com, Inc. or its affiliates