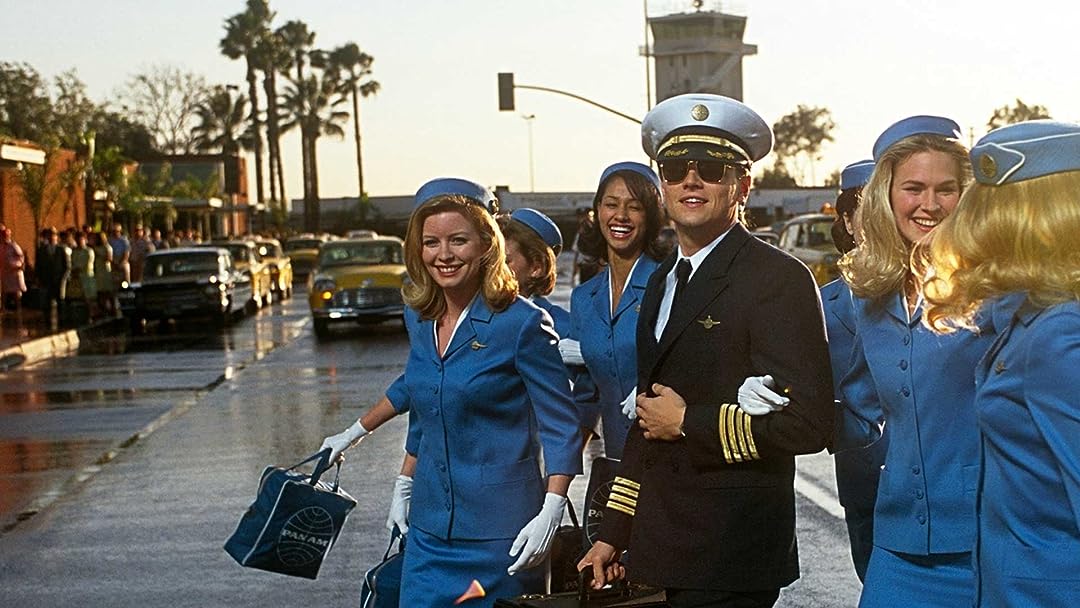 Catch Me If You Can

(11,657)
8.12 h 20 min2002X-RayPG-13
From three-time Oscar winning director Steven Spielberg, Catch Me If You Can follows Frank W. Abagnale, Jr. as he successfully passes himself off as a pilot, a lawyer and a doctor - all before his 21st birthday!

Patty Apostolides (Author)Reviewed in the United States on August 18, 2021
3.0 out of 5 stars
Why romanticize a criminal?
Verified purchase
I had a very difficult time getting into the movie. Deception and lying were rampant in the first fifteen minutes of the movie. I was watching with family and became very uncomfortable at the unexpected sex scene that jumped out at us. I had to turn it off after that. This is NOT a family movie.
12 people found this helpful

I'm not going to rehash the awesome plot (truth!), great screenplay, and incredible acting, because that's all over this page. But my opinion:

There's more substance they could have added. That's why I rated 9 and not 10. But standing on its own, this movie is so well-done.
It doesn't stick to the true story 100%. The one point I don't like is that he gets engaged to a girl, when in reality it was a simpler relationship.
It could have been done equally well as a darker drama, or a longer adventure. Spielberg chose to focus on these few years of Abagnall's life so there automatically is a certain lightness that comes from lacking the bigger picture. But in its own merit, this movie is almost fun to watch. Despite the constant danger of discovery and deception, Frank lives optimistically and hopefully. That makes this movie easy to want to return to.

Altogether, I loved this film.

halnwheelsReviewed in the United States on August 20, 2019
5.0 out of 5 stars
A great movie version of incredible story.
Verified purchase
Much of this movie is factual, and those parts that are more Hollywood are done tastefully in order to fill in missing detail. For instance, Frank never saw his father again after he left home, but he did in the movie. The fact is, Frank was always trying to please his father and if you can put up with some of this divergence from absolute fact, the movie tells the story with deep feeling. Same for detective Hanratty. He's more of a composite of multiple detectives, and perhaps this is more egregious. But overall, this movie is engaging, and you come away with a concept of his amazing talent. Wonderfully played by Leonardo DeCaprio and Christopher Walken, I bought this movie because it was one of those movies I can watch over again.
13 people found this helpful

AnanomousReviewed in the United States on March 1, 2021
5.0 out of 5 stars
Why did I wait so long to watch this?
Verified purchase
This was a great movie. It had some sexual scenes that you might want to skip over if you are watching it with teenagers, but the plot and the character development was phenomenal. You gain sympathy for Frank even as he is defrauding banks out of millions of dollars and manipulating good people, because you know he is only doing it to run away from the pain of his parents' divorce. And as Frank lies again and again and again, suffering the isolation that naturally results from such behavior, he begins to understand why truth matters, and he finds a father figure in Handratty, the FBI agent who is trying to capture him. Although Handratty is committed to pursuing justice, he sincerely loves Frank and is able to help him to heal from the pain that he has spent so many years fleeing from. Yes, there were some sexual scenes, but it was a true story worth telling and a story well told.
2 people found this helpful

David A. SchultzReviewed in the United States on October 4, 2019
5.0 out of 5 stars
A riveting story. Worth the $$$.
Verified purchase
It is hard to believe that someone can become so "good" at being a conman in such a short amount of time. You'd think it would take a decade or more. Then counterfeiting? Di Caprio is an excellent actor and makes the main character believable. Then there's Tom Hanks, also excellent, that tops off the cast. Between the two and the subject matter, you'll stay engaged the whole time. A very good viewing experience.
6 people found this helpful

porkchopReviewed in the United States on June 24, 2013
5.0 out of 5 stars
The reason the movie sparkles this much is becuase it's so, so deep.
Verified purchase
The Abagnales divorce because of cheating. They ask Frank Jr. to pick a side, and he does. He picks his dad. Frank takes his father's con-man lifestyle and turns it up to eleven, partly to run away from trouble, and partly to give his dad his Cadillac back. Life has been unfair to him--he's lost his business, his reputation and his wife. Except that as Frank spends 4 years fleeing an exuberantly filmed ticker tape parade of phony checks, he realizes that his dad was the cheater. You don't want to see it because he's so loving, but his dad charmed and manipulated the world before it ever had a chance to be fair.

Frank is chased by the FBI throughout the movie, but his conflicts are all internal: the excitement of lying and the longing to be honest; the joy of creativity and the loneliness of living a lie.

(Frank and Agent Handratty, both alone in the dark on Christmas Eve, when Frank tells him honestly where he is, and Handratty says, "you don't have anyone else to call.")

People watch this movie and say they loved it--but not because it was any good! Those people are wrong. This is one of the best movies ever made. Every performance is filled with charm and sincerity. The score is lively and clever but never manipulative. The cinematography is drop dead gorgeous. This movie is hosed down in light and color. It's like light and color making out for two and a half hours.

Mostly, the power of this movie comes from the fact that Frank grows up while pretending to be a grownup, so all his intense coming-of-age moments are tinged with nostalgia even as he's experiencing them for the first time. No one is surprised that Spielberg does that with perfect sincerity. You might be surprised that he also makes it funny.

Also, that era in the sixties that we all know was corrupt and broken inside, just underneath its veneer of side parts and big cars? That's put across with honesty, yet without any cynicism or irony. That a movie could feel so lighthearted while doing all that is practically miraculous.
25 people found this helpful

midwesternfamilyof6Reviewed in the United States on March 29, 2016
5.0 out of 5 stars
Great movie! I had heard this was a great ...
Verified purchase
Great movie! I had heard this was a great movie, but never sat down to watch it. What I got out of the movie, is completely different than what my husband did. My husband is a pilot, and he would take parts of the movie and say this wouldn't happen and that wouldn't happen (and of course this movie was in the time of the 60's so it would NOT happen now ) and I looked at it from a mother's stand point. Every KNOWN actor in this movie did an excellent job and you get lost in the characters immediately. It make you laugh and be sad all at the same time. My older teens watched with us, and I did not feel too uncomfortable having them watch it with us; there are a couple of scenes where I said "great" sarcastically as I am a conservative person who does not normally mix watch PG 13 movies or R rated movies with my teens.
11 people found this helpful

Stella CarrierReviewed in the United States on May 14, 2014
5.0 out of 5 stars
Talented Con Artist
Verified purchase
I purchased this rental of “Catch Me If You Can” (inspired by a true life story) on April 11, 2014 to complement my purchases of two other Leonardo DiCaprio movies (J. Edgar and Aviator). “Catch Me If You Can” is a movie that captures the film interactions of Leonardo Di Caprio and Tom Hanks. DiCaprio plays the character of Frank Abagnale, who is listed along to have successfully posed (for a brief time) as a pilot, doctor, and lawyer. Hanks plays the FBI official tasked with going after him. Christopher Walken, Amy Adams, and Martin Sheen are also featured in “Catch Me If You Can.” The following facts are listed at the end of “Catch Me If You Can.”:
Frank Abagnale has been married for 26 years, he has three sons and lives a quiet life in the Midwest. Since his release from prison in 1974, Frank has helped the FBI capture some of the world’s most elusive check forgers, counterfeiters, and is considered one of the world’s top experts on bank fraud and forgery.
Frank has designed many of the secure checks that banks and Fortune 500 companies use every day. For his services, these companies pay Frank Abagnale millions of dollars per year. Frank and Carl (the FBI official who was tasked with pursuing him) remain close friends to this day.
7 people found this helpful
See all reviews
Back to top
Get to Know Us
Make Money with Us
Amazon Payment Products
Let Us Help You
EnglishChoose a language for shopping. United StatesChoose a country/region for shopping.
© 1996-2022, Amazon.com, Inc. or its affiliates