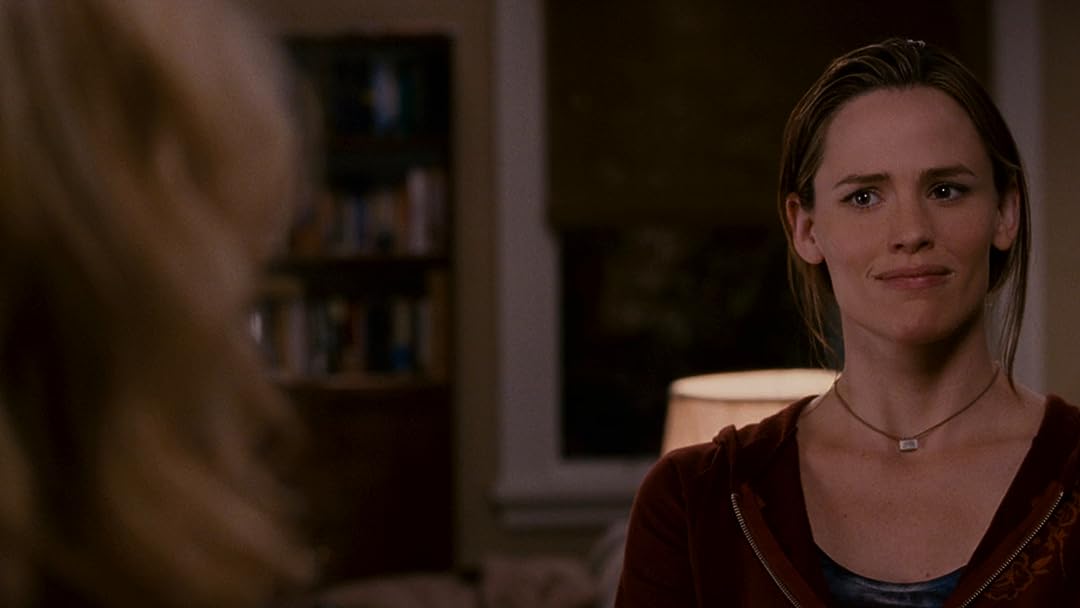 Amazon CustomerReviewed in the United States on January 2, 2019
1.0 out of 5 stars
WOW... there's an hour and 51 minutes I could've spent watching the grass grow.
Verified purchase
All attempts at comedy fell flat like predictable slapstick. Awkward stabs at drama... romance with Fritz, an unlikeable sleaze... even Jennifer's character, Gray (really???), to fall for him that soon, didn't work for me. None of the characters came even close to winning me over. They were mostly shallow and annoying. I love Jennifer Garner but almost felt embarrassed that she even accepted a role in this worthless flick. The ONLY thing that moved me was when that little, undisciplined brat was trashing the house... I was moved to want to throw him out the window.
There were moments when I swore I could sense the desperation of the writers and everyone involved as they were trying to fly with a clunker that never made it off the runway.
38 people found this helpful

SalsaReviewed in the United States on April 4, 2020
5.0 out of 5 stars
Timothy Olyphant is fantastic!!!
Verified purchase
I loved the story line on this movie. I thought everyone did a great job. Funny, great banter, touching and sweet!!! Admire Jennifer Garner that she's not afraid to put herself out there in movies and appear almost sans makeup and still look great. However, the star of this one is definitely Timothy Olyphant!! Those beautiful brown eyes of his...wow!!! I am 76 years old and have watched many many movies and I have never watched a kiss like he gives in this movie. Best movie kiss of all time....ever!!! Beats The Notebook kiss hands down. I could watch it a million times and never get tired of it!!! He's a really good actor in all the movies I have seen him in and his wife is one lucky woman!!!
19 people found this helpful

dragon talesReviewed in the United States on February 13, 2020
1.0 out of 5 stars
rambling non-story
Verified purchase
I only got about half way through. She starts falling for a guy who had sex in the bathroom of her house at the wake for her fiance and his best friend, while she was hiding in the bathroom. She likes scumbags, not much of a story. She finds her fiance lied to her, by omission that he was rich and had a son and was supporting the boy and his mother. All that money would go to the son, but no, she's selfish and wants to lament that it's more important that she didn't even know. Whoop dee do. Who the heck would want to watch this?
20 people found this helpful

Hensa9Reviewed in the United States on September 13, 2020
5.0 out of 5 stars
There is life after death...
Verified purchase
People have said that this is a lousy comedy, but this movie is meant to be a drama as the genre indicates. With the movie beginning with a funeral, this could have been one depressing film. However, the script takes us elsewhere. We learn that Grey ( portrayed by Jennifer Garner ) never really knew her fiance when he was alive. Instead, she gets to know him on a personal level after he has died. As Grey gets to know his close buddies better, she discovers truths about him that she had no idea about before. Hanging out with her fiance's friends helps in her healing process of moving on with her life after a tragic loss. She even finds love again.
10 people found this helpful

Joel R SnellingReviewed in the United States on September 10, 2020
2.0 out of 5 stars
Why are they in love
Verified purchase
I didn't understand at all what I was supposed to like about her romance with that guy. The first time they kissed was so not a moment that I would think either of them would have wanted to kiss each other, even if they were interested in each other, it was so weird and not right. When the other friend, Dennis, admitted he was in love with her I was really hoping she was going to go for him instead, I thought that would have made way more sense. Nothing ever happened with that main guy that made their romance make any sense to me.
14 people found this helpful

EstherReviewed in the United States on June 13, 2021
5.0 out of 5 stars
Funny, romantic, relatable, great performances
Verified purchase
This film is fundamentally about how to cope with painful truths; escape with distractions, bottle it up for years, only show the good side of ourselves, blame others for our own failings or what's out of our control, or face it and transmute it into something that's helpful and kind. Every character grapples with this, even the child, and traverses their own story arc without staying stuck in one dimension. They each make mistakes and grow from them. It's so relatable that, by the end, it feels like you're just another friend in the room with these very real-seeming people.

I'm a fan of every actor and they each create a story that engaged my heart from the beginning. I felt along with each of them, so they did a wonderful job. Garner managed to express the bitter side of grief in a way that humanized her character without vilifying her. There were plenty of moments when her character could have been played a touch too low or too grasping, but Garner's vulnerability kept the character grounded and lovable. Juliette Lewis was just perfect. Olyphant's character seems to be written as a cartoon cutout at first, but he quickly displays an electric presence that gives the guy interest, self-awareness, and depth. Olyphant consistently steals the show; you just want to see what he's going to do next. The love scenes have a focus on the story being told rather than just exposing the actors' bodies. More is said without words, which makes the story more stimulating.

***SPOILERS*** The scene in the kitchen when Gray runs to hide just when Fritz is about to express his feelings is mostly well executed, but I wish the frame had pulled back enough to show the gesture Olyphant made with his hand when Garner pulled back. He reached for her in a silent "don't go" that was only partially visible. That movement contributed more to the unspoken conversation, so it really shouldn't have been cropped. The storage room scene where Olyphant played Fritz's self-defense with pained humor felt like a real break-up, and the shadow of disillusioned resolve that crossed his eyes looked like he was living it rather than acting it. Olyphant is consistently magnetic and fun to watch. ***/SPOILERS***

Amazon CustomerReviewed in the United States on September 14, 2020
1.0 out of 5 stars
Why isn’t zero stars an option???
Verified purchase
I don’t write reviews but as a god fearing person I have to warn the general public about this heaping pile of crapola that is the movie. It’s So dumb nothing makes sense in this movie. I just kept waiting for something to happen. No humor, no story just 2 hours of the most boring crap. The soundtrack was awful the charters were awful the story was awful. We kept thinking it has 4+ stars it has to get good soon right?.... we’ll it doesn’t. How did this movie get produced? freaking train wreck. Don’t watch!
10 people found this helpful

sarah Reviewed in the United States on September 17, 2020
2.0 out of 5 stars
actors are not belieavable
Verified purchase
the beginning of the movie starts off great. There is a wonderful electric chemistry between jennifer and Timothy and the audience is yearning to see where it leads. About half way through the movie, when jennifer's deceased husband's mistress arrives to the scene, it is obvious Timothy is attracted to her (possibly in real life) and he tries his best as an actor to hide it but does a horrible job in my opinion. This completely throws off the dynamic between him and Jennifer, as noticed in scenes where the former mistress is standing between him and jennifer, and Timothy tries not to stare at her backside but fails (takes a quick glimpse). You can tell Jennifer is a having a hard time maintaining her role in the movie as his acting performance starts to stray from the original plotline. He is not supposed to come off as being into anyone other than Jennifer. Every romantic scene between them for the rest of the movie is difficult to watch because that spark is gone. Poor Jennifer garner, it is surprising she chose to play a role in this movie with such a mediocre romance match. There is also a scene where he is yelling at her and it almost seems as if she was sincerely upset in real life, she just seems like a really sensitive person and he is way too intense and clearly narcissistic to play the role of her romantic fling. It is still worth sitting through if you can ignore his poor acting and focus on her good acting and the unique story the movie presents.
4 people found this helpful
See all reviews
Back to top
Get to Know Us
Make Money with Us
Amazon Payment Products
Let Us Help You
EnglishChoose a language for shopping. United StatesChoose a country/region for shopping.
© 1996-2021, Amazon.com, Inc. or its affiliates