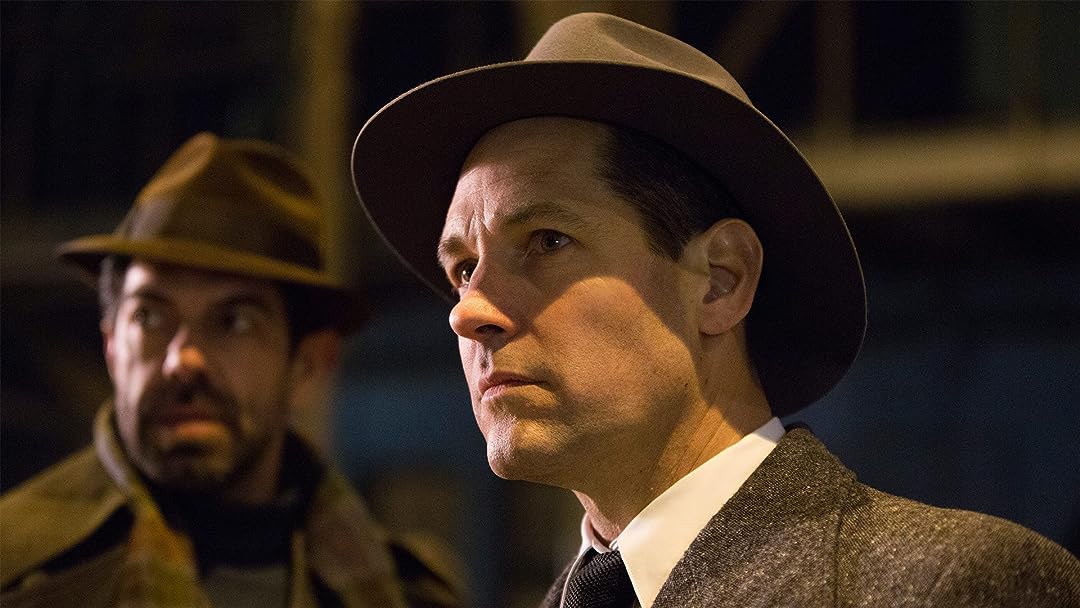 The Catcher Was a Spy

VieraReviewed in the United States on July 29, 2018
4.0 out of 5 stars
Very good, recommended, besides with Paul Rudd=GREAT
Verified purchase
WOW, Paul Rudd is excellent, suspenseful, I knew the real story but still sat and watch it. Intelligent movie, they don't make many of those now days. He was genius and like most of them really "strange" read the book about him, worth!!
29 people found this helpful

flycentroReviewed in the United States on June 23, 2019
1.0 out of 5 stars
Typical Hollywood
Verified purchase
Moe Berg was a fascinating man and lived an incredible life, there is a great story to tell too bad that they didnt do it here. Paul Rudd seems lost in the script and goes from scene to scene like a puppy dog... the plot is below average and of course they spent so much time on letting us know that Moe was gay including two males going at it even though there is NOTHING from Mr Berg, his family or those that knew him that even hinted that he was a homosexual.. Typical Hollywood finding anyway possible to push their gay agenda... with all the gay rhetoric the movie should have been called The Spy was a Catcher.
14 people found this helpful

Richard R. BeaversReviewed in the United States on December 16, 2018
1.0 out of 5 stars
Misleading Trailer: Movie About Sex More Than Spies
Verified purchase
The preview makes it look like an intriguing spy story. My wife and I watched until two men hooked up, after fast-forwarding through a sex scene between a man and woman (not married). So, if you're looking for a spy movie, keep looking. Very deceptive trailer!
22 people found this helpful

AdrienneReviewed in the United States on July 28, 2018
5.0 out of 5 stars
Excellent movie!
Verified purchase
Excellent movie. Partly because it was a true story.
Character development was wonderful. Plot was intense and gripping.
New type of character for Paul Rudd, but I think he really pulled it off well!

TraelingReviewed in the United States on November 1, 2018
5.0 out of 5 stars
Great movie - I'm guessing the low stars are for the lack of "action movie stuff"
Verified purchase
It was a very good period piece showing a fairly unknown but interesting story in WW II. This movie is not a James Bond spy type movie. It's all about the story and characters. There is very little action in it. So if your looking for a Jason Bourne this aint it. However my wife and I enjoyed it quite a bit.
16 people found this helpful

WildliferReviewed in the United States on September 30, 2018
5.0 out of 5 stars
Paul Rudd is Great
Verified purchase
I always think Paul Rudd as being a comedian and funny, but this movie is serious test to his ability to do just about anything. I enjoyed this from beginning to end. I had no idea that his character was bio sexual before I began watching, but made no difference it was a well done flick! Highly recommended movie!
14 people found this helpful

joel wingReviewed in the United States on December 10, 2020
4.0 out of 5 stars
Unusual man and unusual story about espionage during WWII
Verified purchase
The Catcher Was A Spy was based upon a true story of how the U.S. recruited a baseball player to assassinate Nazi Germany’s top nuclear scientist who was working on an atomic bomb. Sounds like a crazy, unbelievable story but Moe Berg (Paul Rudd) was no ordinary athlete. That’s because he had degrees from Princeton, Columbia, the Sorbonne and spoke multiple languages. That would bring him into the Office of Strategic Services (OSS) during World War II.

Paul Rudd is mostly known for his comedic performances so this was quite a change. The first part of the movie lays out Moe Berg’s personality and he was really someone different and Rudd portrayed that well.

Berg’s personality actually sets up the story because it is very interesting and has many elements. There’s the espionage part, there’s the war part, there’s the science part as Berg explores nuclear physics, etc. It is as unusual as the main character and is not what you would expect which is why it is such a good release.
C

KathrynReviewed in the United States on January 20, 2020
5.0 out of 5 stars
Very realistically done and made with care and love of all things cinematic
Verified purchase
For some time now I've started favoring foreign films developing ease of viewing with subtitles because oftentimes "American" films leave nothing to our imagination. They lack subtlety, poise, and detail our friends across the pond value a tad more. This film gave me pause with pride that it's still with some directors, and all those it takes to bring something this rare and finely tuned to the screen. With so many great actors enjoying their smaller parts I was beaming at Paul realizing, dag, he truly can act. The action scenes were exceptionally well played. The entire film was a delight to the senses from landscapes, buildings, parties, clothing, even down to the fog and cobblestone streets under the glow of old street lamps. A movie that flew by only leaving wanting more. Never noticed the time it just rolled along how good film-making should. I never even knew the story going in. A gem of a find!
2 people found this helpful
See all reviews
Back to top
Get to Know Us
Make Money with Us
Amazon Payment Products
Let Us Help You
EnglishChoose a language for shopping. United StatesChoose a country/region for shopping.
© 1996-2022, Amazon.com, Inc. or its affiliates