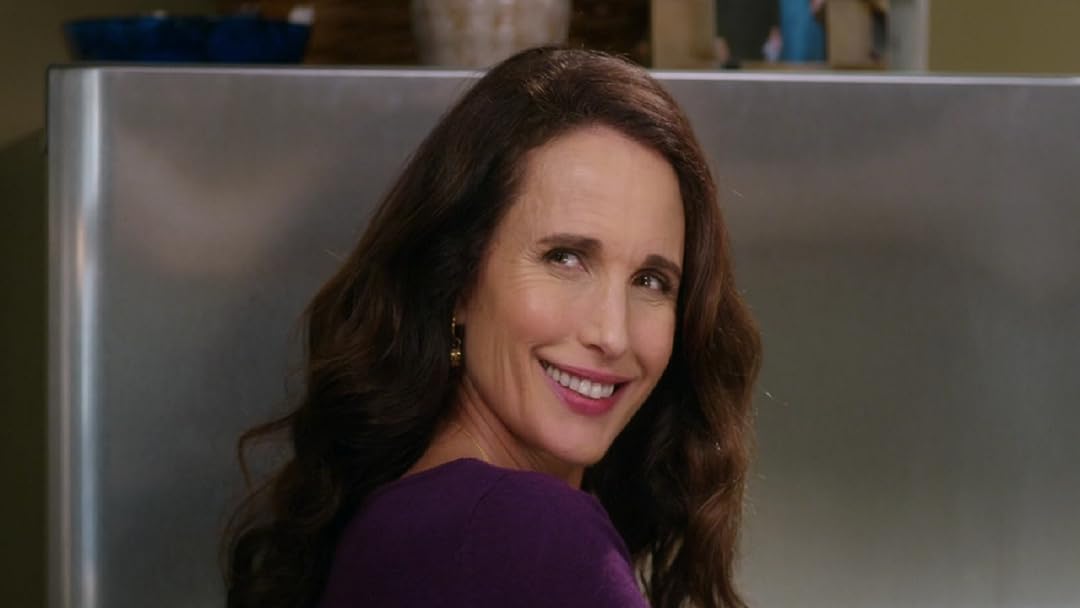 (876)6.92015TV-PG
In the dramatic Season Three return to the majestic town of Cedar Cove, the romance between revered Judge Olivia Lockhart (Andie MacDowell) and newspaper editor Jack (Dylan Neal) hangs in the balance.

bekahwrenReviewed in the United States on August 16, 2018
1.0 out of 5 stars
WARNING: DO NOT WATCH IF YOU WANT AN ENDING
Verified purchase
*SPOILER ALERT*

Season 1 was nice. Half of Season 2 was nice, although too much like a soap opera for me. They're together then they're not. Will keeps showing up and messing things up for Grace. She can't say no to him. Jeri sends Jack a bottle of Vodka...is she an idiot? He doesn't dump it down the drain and ends up drinking it. Jack can't say no to Jeri. Season 3 has no ending. The show was canceled, leaving us hanging what happened to Jack and Olivia and Paul asks Olivia a question at the end of the last show which she does not answer. A total cliffhanger. I bought all 3 seasons, but stopped watching in S3E2 because I got a hunch from the descriptions that it wouldn't have an ending and I would not have closure. So I watched the very end of the last episode. I'm not going to put myself through all this drama if it's not going to be resolved. Don't waste your time if you want to know what happens. After all the show put us through--all these up and downs with Jack and Olivia--and now no ending?? A waste of time and money.

Laurel GreyReviewed in the United States on March 10, 2019
1.0 out of 5 stars
Amazon prime shoulda warned me...
Verified purchase
Got hooked on Cedar Cove, darn it. Was very happy paying a minimal charge for both seasons 1 & 2 in their entirety, (thinking that was the norm) but really annoyed now that I'm in season 3 that I'm having to pay $2.10 each for EVERY. SINGLE. EPISODE. And this is ON TOP of paying monthly for the Hallmark Channel!
Will be a LOT more careful about checking costs in the future BEFORE I get hooked on an Amazon Prime series. Major rip off; I feel taken advantage of.
13 people found this helpful

debbieReviewed in the United States on July 13, 2020
5.0 out of 5 stars
Pandemic free, family friendly television.
Verified purchase
Loved this series. Set in an idyllic PNW community on the ocean, Cedar Cove is the perfect antidote to the horrors of living through a pandemic. If I could, I’d take a trip to Debbie Macomber’s fictional town, stay a couple nights at the Thyme and Tide Inn, walk the sea wall, have coffee at Moon’s while reading the Chronicle, stop into the library to get the town gossip from Grace, and then hit up the courthouse to watch Olivia issue empathetic judgements from the bench and canoodle with Jack. Negative: there are only three seasons. Positive: you’ll fall in love with each and every character, even the menacing, yet friendly land developer, Warren Saget.
5 people found this helpful

teasReviewed in the United States on October 26, 2015
3.0 out of 5 stars
TV shows should be free with your membership
Verified purchase
I loved Cedar Cove and use to watch it all the time on Project Free TV. Since they know longer exist I was trying to find an alternative for watching this show, however I don't want to pay to watch a tv show when I already pay for Amazon prime. It is like having to pay twice for the same thing. Wish they would make it free for prime members so that I could continue watching. I use to live in the town that this show is based on so I love the beautiful scenery and the show but don't believe in double paying to watch something. Can't even watch on Hallmark website either. I don't like how web sites are now making you have to pay or have a specific cable company in order to watch a tv show. I only have internet and not cable so I've had to quit watching several of the shows I use to watch for free on the computer.
17 people found this helpful

Kindle CustomerReviewed in the United States on August 23, 2015
4.0 out of 5 stars
A soap opera in a wonderful scenic setting
Verified purchase
I love the scenery, setting, characters, even the plot with which the series started with. It gets a little bewildering as more and more new characters all are attracted to this little community , who drastically change the residents' relationships. It has its counterpoints of good, not so good, and bad guys and gals that make the story interesting.It also has enough elements of a classical "soap" a la "Days of our Lives" and others. And like soaps, it is addictive I have to confess to being somewhat hooked and looking forward to the following week's episode. It will be a challenge for the writers to keep keep the plot fresh and interesting without having to introduce more and more new characters - sort of an overload oi immigrants to this little close-knit community ....
9 people found this helpful

Art VandelayReviewed in the United States on October 7, 2015
3.0 out of 5 stars
You May Be Disappointed... NOT AS GOOD as 1 & 2!!!
Verified purchase
This whole series is just downright cheesy! With that being said, I have REALLY ENJOYED Seasons 1 and 2! I have loved that it's a show for Mom to watch with some romance, some good female friendships, and some strong female characters. I have appreciated the dependable Hallmark Channel standard of no bad language, no sex scenes, and no violence. There is something to be said for shows that hold their own based on Good Writing Alone. Season 3 just doesn't quite fit with the previous 2 seasons. I've heard that it's COMPLETELY different from the books and it's a stretch with Alex going from being a ranch hand to a top notch business woman with Wall Street experience. Justine wants to move out but needs a job, so Uncle Will "hires" her, but somehow she really does nothing at all and Will's character remains nothing more than a nuisance. Luke, who pushed so hard to be with Justine and for her to admit her feelings for him, gets complete cold feet when she tells him she loves him. The show is supposed to revolve around Olivia and Jack's relationship, yet with Jack's betrayal and recent shortcomings, somehow, the viewer is rooting for Olivia to be with someone else on the show!!! Season 3 feels like the writers don't know where they want to take the show. It's just not as good as Season 1 or season 2!!
7 people found this helpful

Mr. ToadReviewed in the United States on December 1, 2020
2.0 out of 5 stars
They spoiled the show--by cancelling it mid-way. Don't get started!
Verified purchase
It took a couple of episodes to suspend disbelief and let myself fall for Cedar Cove and its eccentric characters. But, then I was hooked. I was well-entertained with the show until the season finale ended with multiple loose ends and cliff hangings going on--a good 4 star show at that point. Then . . . nothing! The show got cancelled without even the courtesy of a quick tie-it-all-up special episode. Nada. It's like getting dumped, right out of nowhere. Who needs that? Don't visit Cedar Cove.

Fun Loving GrandmaReviewed in the United States on October 8, 2015
5.0 out of 5 stars
I just love the show and would love to see many more ...
Verified purchase
I just love the show and would love to see many more seasons in the future. In addition to the story line and characters, the filming location is such a beautiful setting. It makes me want to visit the state of Washington! Is the author Debbie Macomber actively invoked in the film writing? There are a lot of opportunities to explore the back stories of these characters in future seasons. I would like to know more about the older hippy looking guy who owns the local coffee bar and restaurant. He is an intriguing character as he observes everyone else's drama in the town. What is his connection with the couple who run the bed and breakfast?
5 people found this helpful
See all reviews
Back to top
Get to Know Us
Make Money with Us
Amazon Payment Products
Let Us Help You
EnglishChoose a language for shopping. United StatesChoose a country/region for shopping.
© 1996-2021, Amazon.com, Inc. or its affiliates