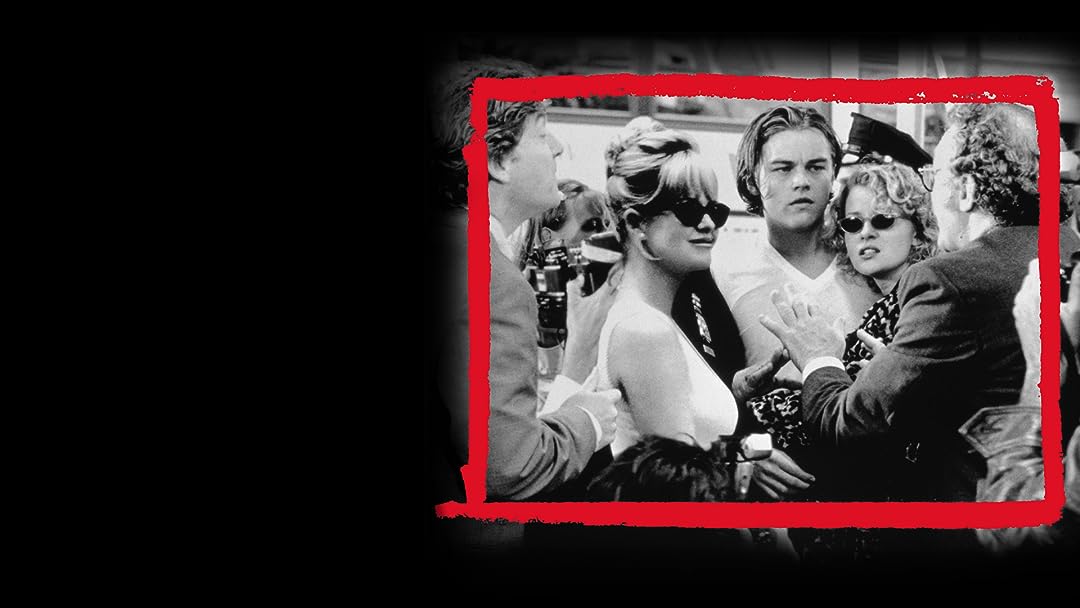 SaskatoonBerryReviewed in the United States on August 3, 2021
2.0 out of 5 stars
A Lesser Effort to Be Sure
Verified purchase
As someone who has enjoyed Woody Allen's films over the years, I was surprised by how little there was to like in this film. While the list of talented actors Allen assembled was impressive, he didn't provide them with material worthy of their talents. He reduced many of the actors, especially the women, to cliches. I don't know if Allen was trying to portray the objectification of women as part of the 'Hollywood experience' but being as good a writer as he is, surely he could have made his point without actually humiliating the some of the actresses involved. Scenes with Charlize Theron, Gretchen Mol, Bebe Neuwirth and even the great Judy Davis were hard to watch. Kenneth Branagh also fared poorly, being reduced to a Woody Allen impersonation. This made me think of John Cusack who suffered a similar fate in 1991's Shadows and Fog. It comes down to the writing. Allen has made some glorious films and I'm not one to say his best work is behind him but this was definitely not his best effort. If this film was intended to be a commentary on what celebrity has come to mean, it missed the mark. Without clarity, some subtlety and sharpness, the end result was a giant waste of a great pool of talent. I expect more from Allen.
2 people found this helpful

APC ReviewsReviewed in the United States on August 9, 2008
5.0 out of 5 stars
One of Woody's best, and most under appreciated films..
Verified purchase
"Celebrity" is one of Woody's best, and most under appreciated and also unjustly attacked films. The production is first rate, the characters diverse, and the acting -- from Kenneth Branagh, Judy Davis, Leonardo DiCaprio, Melanie Griffith, Joe Mantegna -- as good as in any Allen film. It is a wonderful and highly observant film, that seems to offend many for reasons that no one seems able to really express, other than by resorting to vituperative adjectives and hand wringing.

As far as I can tell, it offends some people because it is thought to be "more of the same" late "Manhattan" period Allen ensemble work -- pity Mozart if he had been cranking out symphonies for these complainers; it is thought to be annoying because Kenneth Branagh does what is, really, a wonderful Allen impression, Woody being too old by the time was made to play the lead in the story; because the characters are more fully developed, and so perhaps more subtle and less immediately amusing, versions of the classic Allen character types that, by the time the film was made, had become well known to audiences impatient for novelty and new amusements from Allen; because, perhaps, many solid middle American types have such an instinctive and deep seated hatred for the particular New York types that populate Allen films that this film evidently pushed the buttons of those audience members to extremes that mandated vicious opining in revenge; and, perhaps, last but not least, because Allen films tend to attract either comedy lovers who are put off by misanthropic elements, or misanthropes who are put off by overly human and flawed characters that don't live up to their notions of worthiness, or which make light of misanthropic virtues.

There's a reason Woody made Stardust Memories, also one of his finest films. The raging disappointment expressed by some toward his more challenging films, and to some of his more phoned in and forgettable ones, points to the creative conflict, and conflicted audience reactions, highlighted in Stardust Memories. All that aside, "Celebrity" is a marvelous film, that surely deserves a better DVD transfer than it receives here. Hopefully, when the entire Allen catalog is given a much needed 16:9 remastering someday, "Celebrity" will re-emerge and be appreciated by new audiences.

ceeceeReviewed in the United States on May 4, 2012
4.0 out of 5 stars
Celebrity
Verified purchase
I had read some reviews of Celebrity which were less then flattering so purchased this not sure what to expect. However my love of Woody Allen movies overcame my concerns. I think this film is way better than I had been lead to believe. The exposing of the inherent stupidity in the fascination so many people have with "celebrities", despite the feet of clay those "celebrities" exhibit, is really well developed and maintained and the sad failure of the principal character is beautifully realised. In this part Kenneth Branagh out Woodies Woody. Maybe he isn't quite as whiny as Woody Allen himself, but he is truly a great substitute Woody. Leonardo Di Caprio gives a priceless cameo performance as a foul mouthed and violent star who emerges from displaying his rottenness to the adulation of his adoring fans. Very telling. All of the players in this film are excellent and Winona Rider astounded me with how good she was as a less than loveable girl. I like Celebrity a lot and recommend it to you.
6 people found this helpful

anonymousReviewed in the United States on August 13, 2021
2.0 out of 5 stars
not well advertised
Verified purchase
this movie was released in 1998 not 2021
2 people found this helpful

PhredReviewed in the United States on July 30, 2013
2.0 out of 5 stars
Not all Woody Allen movies have to be funny but they should be something. Anything!
Verified purchase
If you are a committed Woody Allen fan and determined to have a complete collection I suppose that is adequate excuse to buy Celebrity. If you are seeking complete collections of Kenneth Branagh or Judy Davis movies or movies by any number of the actors who appear, walk on or cameo in this movie then you have an excuse to buy Celebrity. If you're looking for an evening's entertainment do not read further, do not get this movie, do not rent this movie. It's just not worth it.

Kenneth Branagh is a brilliant actor and more than capable director. One can almost see him eager to be an actor in a movie written and directed by Woody Allen. No doubt some of the other stars were looking for some Woody Allen magic and perhaps a chance to appear in a movie with each other. Speaking as a Woody Allen fan I can't think of any reason to condemn a general viewing audience to a showing of this movie.

Somehow we're supposed to believe that Kenneth Branagh playing another one of the neurotic New York stuttering fumbling male comedic characters is a former star high school athlete recently divorced from another neurotic New York female Judy Davis/Annie Hall retread. About one third of this movie consists of these two characters being neurotic and inhibited and recently divorced from each other. The ex-husband Lee Simon is of course incompetent on a heroic scale and we are told is simply unlucky in love. The ex-wife Robin Simon goes almost directly from the marriage bed into the arms of a man who will not only loves her idiosyncrasies but turns them into what we are led to believe will be a successful television career.

What saves this movie from a single star rating is that between being aggravated by an otherwise nothing new central plot device is a parade of clever to superior acting performances from people like Melanie Griffith, Winona Ryder, Leonardo DiCaprio and Babe Neuwirth.

There is some yammering about a culture that's lost its values and people who are famous for being famous and so on. There is no new ground being broken here. Ultimately we have two caricatures we have seen too many times from Woody Allen. They've lost their charm and here they are quite aggravating. This is a movie with a few comedic moments some pretense of philosophy and I don't know a partridge in a pear tree or something. Other than its value to collectors I can not imagine who the intended audience might be. I cannot recommend this movie.

marty rennReviewed in the United States on August 31, 2019
5.0 out of 5 stars
Fast!
Verified purchase
Great!
One person found this helpful

BMPReviewed in the United States on July 13, 2018
5.0 out of 5 stars
Five Stars
Verified purchase
Woody at his underrated best.
4 people found this helpful

"tomhreece"Reviewed in the United States on March 6, 2002
2.0 out of 5 stars
the woody allen clone
Verified purchase
Kenneth Branagh's irritating Woody Allen imitation ruins this movie. A waste of a good cast and certainly a waste of a typical excellent performance by Judy Davis. Woody's acceptance of this imitation says something about his ego. For Allen fans or for Davis fans--maybe.
One person found this helpful
See all reviews
Back to top
Get to Know Us
Make Money with Us
Amazon Payment Products
Let Us Help You
EnglishChoose a language for shopping. United StatesChoose a country/region for shopping.
© 1996-2022, Amazon.com, Inc. or its affiliates