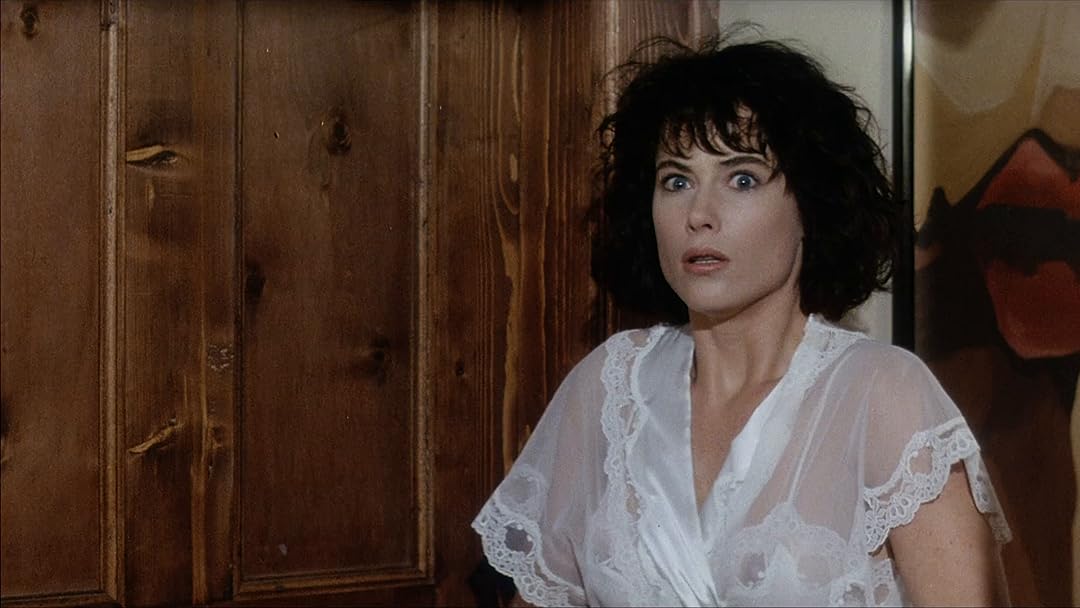 (130)5.11 h 17 min198816+
A young artists conjures up an evil spirit when she moves into a house where a gruesome murder suicide occurred years before.

J. WestReviewed in the United States on September 25, 2021
5.0 out of 5 stars
"John Carl Buechler's Second Best Horror Film!"
Verified purchase
Colin Childress, a highly successful comic book artist who gains inspiration from a mystical book of horrific drawings, inadvertently summons an evil spirit into his basement studio. Decades later, his house has become a small art institute run by the stern Mrs. Briggs. One night, comely student Whitney Taylor goes rooting around the sealed boxes in the cellar and releases the supernatural forces trapped there. The effects on the creature looks very real. The gory scenes are fun to watch. I can't believe John Carl Buechler (Friday The 13th Part VII: The New Blood) made this film. He did it so good horror film. Great performances and roles by Jeffrey Combs (Re-Animator), Debrah Farentino, Brian Robbins & Yvonne De Carlo (The Munsters TV Series). Highly recommend.

miahReviewed in the United States on July 30, 2015
5.0 out of 5 stars
Thank you scream factory!
Verified purchase
these are both empire films and i must say that scream factory continues to release these types of films such respectful integrity! They are b films often and for those of us spanning all ages (me being 29) it means the world to have a company that breathes new life into these gems from a lost time of film making. I hipe that the wave will be rising higher to bring back this passionate and practical way of making horror/fantasy/sci fi films the way they used to be! So just to comment on a personal level if you are a fan of charles band or full moon films than definitely support scream factory and your fellow cult cinema enthusiasts by purchasing this one!!
Much love
- jeremiah trubey

SladeReviewed in the United States on February 26, 2019
5.0 out of 5 stars
Nice set
Verified purchase
If you remember these movies from the time they were originally released, this is a great investment to revive some old memories. Picture and sound quality are good; probably the best these movies will ever look and sound. The modern viewer might find these a bit cheap and cheesy, but the collector of 80s schlock will find this entertaining.
2 people found this helpful

Kevin DudleyReviewed in the United States on July 26, 2015
4.0 out of 5 stars
Cellar Dweller is amazingly fun, Catacombs is a bore but this bluray is top notch.
Verified purchase
Scream Factory continues their fun series of bluray double features with this pairing of two 1988 films "Cellar Dweller" & "Catacombs" from Charles Band's defunct Empire Pictures. Both films were part of a prior 4 film DVD horror marathon collection but in substandard full frame transfers. Fans demanded better transfers and Scream Factory has delivered with this bluray release.

"Cellar Dweller" is the much better film of the two. Directed by horror special effects legend John Carl Buechler (The Dungeonmaster, Troll, Friday the 13th: Part 7), the film moves along briskly at just under 78 minutes and is a quite entertaining creature feature. The prologue opens with Jeffrey Combs putting the final touches on the latest issue of his demonic comic book "Cellar Dweller" when the title creature comes to life. Flash forward to a female comic book artist who desires to resurrect the creature's comic. The creature is summoned and chaos ensues. While the film was obviously made on the cheap, the creature looks great and the acting is actually quite good throughout. It also features quite a doozy of an ending. Fans of 80's horror and creatures should love it.

"Catacombs" was supposed to also have been released in 1988 but got held in limbo when Empire Pictures went belly up due to money issues. It eventually got released 5 years later as The Curse 4. The plot deals with a haunted monastery and is way too slow for its own good. The movie just plods along with almost nothing of any interest happening for most of its 84 minute running time before delivering a potent ending but by then it's too little too late. Most people will probably watch it once and then forget it's there returning to the highly entertaining Cellar Dweller instead.

Image wise both films look extremely good. Cellar Dwellar opens with a disclaimer that the bluray transfer was made using the last surviving film element which was a film print from MGM's vaults and that some video and audio anomalies might be present. Frankly I was suprised to see that disclaimer as Cellar Dweller looks great in its bluray debut. Detail is quite strong, colors look great and the print was obviously in fine shape. Fans of the film will love how its presented on this release. I was used to seeing it on beat up VHS so watching it in HD widescreen was quite a revalation.

Catacombs looks even better and appears to have been scanned from the original negative and features no issues that I could find.

Audio is presented in 2 channel lossless HD and sounds punchy and clean. Sadly the only extra is a director commentary track on Catacombs with Cellar Dweller getting nothing. That surprises me as John Carl Buechler loves to speak about his work. But I guess we have to take what we can get!

While Catacombs is a bore until the admittedly well done finale, fans of Cellar Dweller should snatch this bluray up immediately. The audio and visual presentation is top notch and while sadly lacking in extras, it still comes recommended to fans of 80's horror in particular.

TragedyeliotnessReviewed in the United States on June 24, 2020
5.0 out of 5 stars
Campy fun
Verified purchase
Catacombs I could do with out but I was really impressed with Cellar Dwellar it was a enjoyable horror flick !
The monster looked cool it was funny and short in overall runtime but well worth a watch !

Rude familyReviewed in the United States on November 4, 2018
1.0 out of 5 stars
Smelled foul
Verified purchase
Case was okay but the smell was of rotting turds
3 people found this helpful

DonaldReviewed in the United States on December 17, 2015
5.0 out of 5 stars
Five Stars
Verified purchase
5 stars for Cellar Dweller
1 star for Catacombs
3 people found this helpful

PatReviewed in the United States on June 6, 2014
2.0 out of 5 stars
Not worth buying VHS; Is on DVD now
Verified purchase
Was really stoked when i got this in the mail. The first initial play of the movie was going fine, until near the end, the sound started cutting out. I thought that was kind of weird but I didn't mind all that much.

On my second playing of the movie within 10 minutes into the movie, it started making this horrible buzzing sound which only got louder and louder. All during which the movie was still playing.

Very disappointed in it, but now that scream factory has re-released this movie on DVD along with 3 other gems, im not as dissapointed.

If you are interested in watching/buying Cellar Dweller either look online or buy the 4 movie DVD released from scream factory.
One person found this helpful
See all reviews
Back to top
Get to Know Us
Make Money with Us
Amazon Payment Products
Let Us Help You
EnglishChoose a language for shopping. United StatesChoose a country/region for shopping.
© 1996-2021, Amazon.com, Inc. or its affiliates