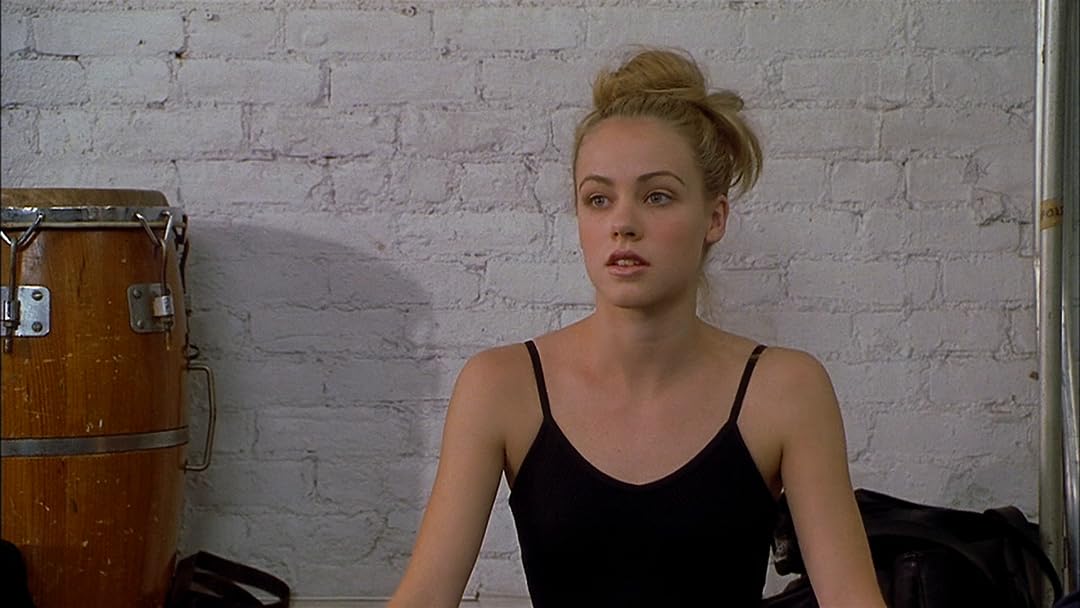 (1,597)
6.71 h 55 min2000X-RayPG-13
Follow a group of ballet students in the competitive world of professional dance where they must devote themselves to their art with the rigor of Olympic athletes. While experiencing the joys, sorrows and conflicts of youth they vie for a place in a prestigeous ballet company and strive to take center stage.

neaReviewed in the United States on July 9, 2021
5.0 out of 5 stars
As a former dancer, I love ballet movies
Verified purchase
I am probably more critical of the dancing than the average person because I used to dance. This movie is full of great ballet dancers, however the lead, IS NOT a great ballet dancer. I think the reason they changed the format from a formal ballet for her is because it would be so obvious if they actually had her doing traditional ballet next to great dancers. Yes she dances ballet, but watching her, she actually didn't have good turn out, high kicks or good feet, they didn't lie. I enjoyed the movie, I always love to watch Sascha Radetsky dance. I like Ethan Stiefel's dancing also. Very good.... The story line was okay, about what you would expect. And I enjoyed watching the ballet, always do.
One person found this helpful

R.L.Reviewed in the United States on September 28, 2021
5.0 out of 5 stars
Ethan Stiefel should be highlighted in the cast
Verified purchase
One of the first scenes in the film had Ethan Stiefel dancing as Romeo in the balcony scene with Juliet, in the Romeo and Juliet ballet, with music by Prokofiev. I said to myself, he's very good . He can't be an actor.
So I looked him up. Turns out Ethan Stiefel was a principal dancer of the NYC Ballet and the American ballet theater and co-worked with Baryshnikov in the latter's ABT dance school. He was recognized in 2019 as the greatest active male ballet dancer ! In 2000, when this film was made, he had been a principal dancer at the NYC Ballet and was currently a principal dancer at the ABT. And the the movie credits hardly mentioned him. He also showed himself very well as an actor in this film, and was indeed somewhat of a ladies man.
I can't believe all the "real" actors in this film did their own dancing. There were other "real" dancers in this film , but there was no distinction in the credits, and film editing can be very clever in turning actors into dancers. Nonetheless, I found the film enjoyable, providing insights into the everyday life and competitive pressures of young aspiring ballet dancers.

options.BatchSizeReviewed in the United States on May 10, 2018
5.0 out of 5 stars
A ballet cult classic
Verified purchase
Center Stage is one of my favorite movies. It's a little corny in some parts, but an excellent ballet movie and cult classic for sure. One of the things I really love about this movie is that it takes the time to actually highlight and show the beauty and movement of ballet rather than other movies (e.g. Black Swan) that annoyingly zoom in on the upper body of the "dancers," actively taking away from so much that is admired about ballet. The dancers in Center Stage were actually trained ballet dancers. It showed and contributed heavily to this being a great film. It's enjoyable.
6 people found this helpful

Amazon CustomerReviewed in the United States on August 30, 2021
4.0 out of 5 stars
great dancing, and some sort of inane plot you can just ignore
Verified purchase
what this lacks in a strong story line it more than makes up for with magical dancing. in fact, it might even be a good idea to fast-forward through the dialogue, and just watch the dancing. the over-protective ambitious mom, the promiscuous choreographer, the dancer who give it up because she doesn't love it, the heart-of-gold but tough dance instructor, yadda, yadda, yadda. amusing but hardly absorbing. watch for the dancing.

ACReviewed in the United States on December 18, 2020
5.0 out of 5 stars
Kudos! Kudos! Kudos!
Verified purchase
This movie started out boring and riddled with cliche characters and situations, but my dismay didn't last long as it quickly turned into a great story. Some very talented actors brought their characters to life and made them believable and people to cheer for. That final stage production was outstanding, totally unexpected and an absolute treat. Really terrific direction and choreography as well. Definitely a 5-star experience.

JESSICAReviewed in the United States on December 11, 2017
5.0 out of 5 stars
It'll make you want to dance
Verified purchase
One of my all-time favorite movies. I've owned it on VHS, then DVD, and now Blu Ray. What can I say, I don't own every movie, but the ones I do and the ones I've rebought are the ones that mean something. If you love ballet, even if you've never danced, this is one of those movies that will make you want to dance!!
5 people found this helpful

AdamReviewed in the United States on August 28, 2021
5.0 out of 5 stars
An all around good movie.
Verified purchase
No contrived scenarios or sidetracked subplots with well developed characters without making it too long to lose interest. The storyline is trimmed to the minimum but the dance scenes are plentiful and a joy
to watch.

Moonlight4EvrReviewed in the United States on December 31, 2020
5.0 out of 5 stars
Fabulous Flick
Verified purchase
Favorite dance movie. The entire cast is amazing in their roles. Have watched this film multiple times. If you love dance movies I highly recommend this one. Did not like the sequel and have not seen the third one.
See all reviews
Back to top
Get to Know Us
Make Money with Us
Amazon Payment Products
Let Us Help You
EnglishChoose a language for shopping. United StatesChoose a country/region for shopping.
© 1996-2021, Amazon.com, Inc. or its affiliates