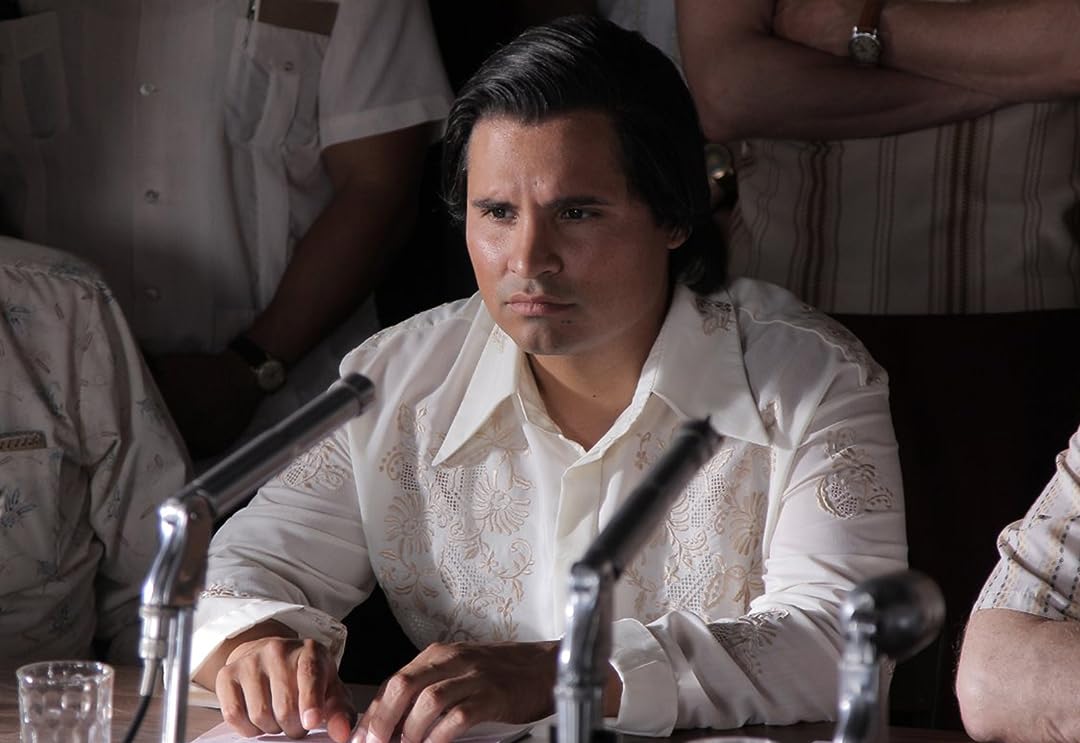 Ricardo SalasReviewed in the United States on March 23, 2015
3.0 out of 5 stars
It's a Movie that Averages 2 Hours, Requiring Serious Editing & Alterations
Verified purchase
Some people forget that this is a movie that takes dramatic license (Selma, Mississippi Burning anyone), constrained by 2 hours. The writers, directors have to make difficult choices. Yes I would have liked to see visuals of airplane pesticides, lack of outdoor bathrooms, child labor/exploitation, and crooked contractors that paid by what you picked and not the hour. The hardship & suffering were just touched upon but I suspect that if a movie shows these real conditions, the emotional depression would keep people as far away from this story as possible.And whenever someone writes a critical review because Reagan & Nixon are presented for what they were, hostile to unions & civil rights, you know the fool is blind to the history & plight of agricultural workers.

The story of Cesar Chavez & farm workers is going to be painful. You are dealing with injustice, racism, & exploitation to the fullest. Movies are entertainment and about the bottom line. So one has to watch with a jaundice eye, knowing that this was written & made digestable to the majority population. Excluding farm workers from the National Labor Relations Act of the 1930s, restricting people of color to the minimal, unskilled areas of employment had consequences. It meant that the majority Mexican population would live on the margins, there children would attend inferior schools, trying to overcome a slew of serious social/economic problems

Chavez must be appreciated for the sacrifice & effort he made in attempting to unionize farm workers, a group that the mainstream society did not care about & still doesn't. So I enjoyed the performances, cringed at what was missing, but appreciated the effort.

Robin OrlowskiReviewed in the United States on December 26, 2014
3.0 out of 5 stars
Unsatiated
Verified purchase
The actors in this biodrama about the late civil rights leader Cesar Chavez earnestly try to do a good job with the material they are given. And much of it is timely with current discussions about immigration and voting rights. Chavez would certainly be organizing today.

I did not like how a 'tribute' screenplay skipped so freely over their subject's actual social justice philosphy. Chavez ultimately came to understand that all forms of discrimination were intrinsically connected--and wrong. The table grape boycott was successfull because he was gennuinely interested in other social groups. Getting people to care about your cause is naturally easy when you first care about them. This too would be an important lesson in today's me-first society, even for political groups and campaigns. We all do better when everyone first does better.

The film is interesting if you like historical movies and know Chavez's actual background for a 'fill in the gaps'. It's not a must purchase.

MichaelReviewed in the United States on October 2, 2018
5.0 out of 5 stars
AZG21.....Correct. Everyone should watch this movie. It's American History.
Verified purchase
Watch this film and have your friends and family watch it too.
It is a very important milestone in the history of our country.
Michael Pena and America Ferrera were perfect actors for this film.

Cesar Chavez is an American hero. Every bit as important as Dr. Martin Luther King Jr

"How do you climb Mt.Everest?" "One step at a time"
2 people found this helpful

I was also impressed with America Ferrera's incredible insight into the character of his wife, Helen Fabela Chavez, and the struggle to keep her husband and family together as well as push for what is best for the United Farm Workers movement. In an argument or two that play out between the spouses onscreen, I sense the director's desire to gently address issues in the Chicana feminist movement without taking the focus away from the central theme of the film.

I love Rosario Dawson (LIKE A LOT) but was slightly unimpressed by her interpretation of Dolores Huerta. I never knew any of these historical figures in real life, so take my opinion with a grain of salt. I am also not a linguistic expert, but I felt she moved in and out of Huerta's accent poorly, almost seeming like she was playing different characters within the same scene.

John Malkovich is pretty great at everything he does. This is no exception. He plays a character who is not well-liked and you do not like him.

I had tears in my eyes at several moments in the film. I think it was well done overall. The focus was really the core of the UFW and the attitudes and opinions of the grape growers/farm owners/business owners. More could have been delineated but it would detract from the central ideas the directors/screenwriters were trying to impart.

Cesar Chavez was a real man, a great man, and a flawed man. And it is real, flawed, and great people who can unite others to fight against injustice. They most certainly can.

Paul and Mercy TenorioReviewed in the United States on March 17, 2021
5.0 out of 5 stars
Long time coming
Verified purchase
Cesar Chavez is an icon from my youth and a positive example of what it was to be progressive, Catholic and Latinx in the 70s/80s. Diego Luna directs this movie and Michael Pena does a very good job performing as the lead character. I really enjoyed the story and cinematography.

Marcy R. WebbReviewed in the United States on February 21, 2017
5.0 out of 5 stars
Nice Introduction to César Chávez and His Work and Legacy
Verified purchase
I bought this film for my Spanish 4 class. We're completing a mini-unit on César Chávez, and, this movie was recommended. My students and I are learning alot, and enjoying the film.
7 people found this helpful