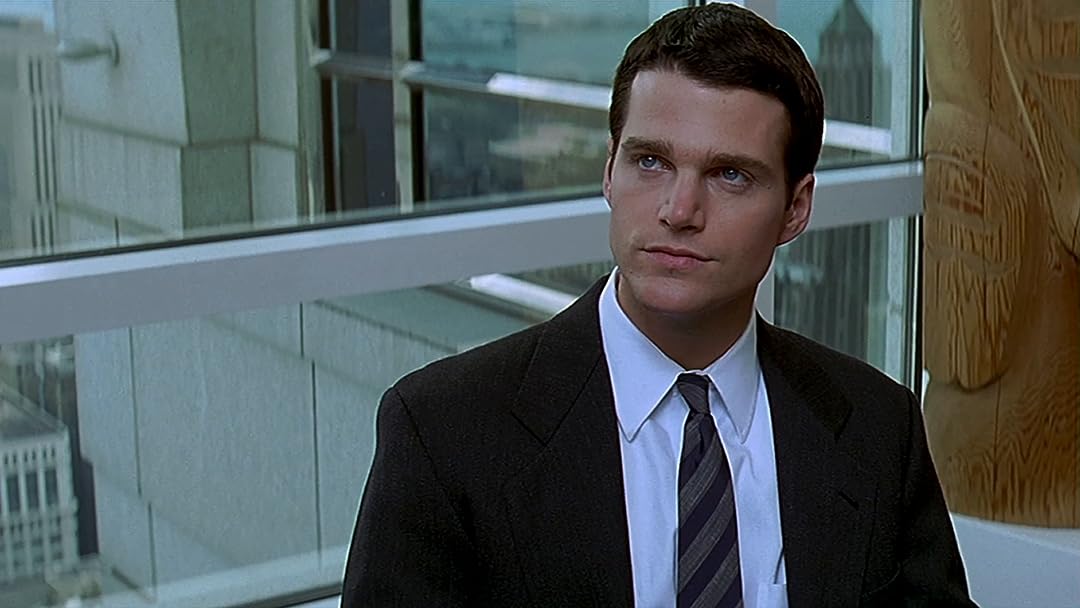 (901)
6.01 h 53 min1996X-RayR
From the best-selling John Grisham novel: a young lawyer finds himself defending a racist murderer facing the death penalty - who just happens to be his grandfather! An intense drama, with Faye Dunaway.

Amazon CustomerReviewed in the United States on January 24, 2019
5.0 out of 5 stars
Well made, great acting, very moving.
Verified purchase
Gene as always was great. A lot of reviews attck Chris O'Donnell for having no emotion but keep in mind, he grew up in a totally dysfunctional family, so he did play his part well. This film shows the generational effect of ignorance and hate. Thankfully, there was little violence shown...I was worried about that. I can see how some people would use this film to perpetuate the stereotype of racist , dumb, backwards Mississippians, but it really isn't about the state. White Supremacists are everywhere. The most sickening part of the movie is the political, white boys club trying to bury their own names cuz they are Klan, too.
5 people found this helpful

Ron BlachmanReviewed in the United States on December 17, 2020
3.0 out of 5 stars
Not one of the better Grisham-based movies
Verified purchase
It is an easy matter for Hollywood to exploit the medieval south for cheap self-aggrandizing brownie points. It doesn't seem to matter if the story and script are good or true. In the case of movies about Dixie and violence it is really not necessary to invent the story line, there are so many real ones to work from. Try Mississippi Burning, Ghosts of Mississippi and more. So, if an author or producer wants to invent the story it needs to say something better or different, however subtly; this movie doesn't do that. Further, the script is weak and hackneyed. There are some fine actors in the cast but some are miscast and others give mediocre performances or are hamstrung by poor narrative and dialog. I can imagine a movie based on this movies themes that would be poignant, filled with pathos, morally instructive, historically useful but this is not that movie.

joel wingReviewed in the United States on August 5, 2021
2.0 out of 5 stars
Too much of the movie was like other Grisham stories
Verified purchase
Yet another movie based upon a John Grisham novel. Young lawyer Chris O’Donnell represents Gene Hackman a KKK leader in his appeal to stop him from being executed. O’Donnell is Hackman’s grandson but they’ve never had any contact before.

Grisham has created O’Donnell type characters before: young, innocent lawyer, determined but in over his head. Like other Grisham stories he’s the underdog against much bigger forces. That was the main problem with The Chamber. It was all too familiar and made large parts of the film routine as a result.

On the other hand, it did touch on how many southerners were brought up with hatred and racism for generations. It also hinted that this wasn’t about individuals either, but that wasn’t really explored. Overall I’d say this was one of the poorer adaptations of Grisham’s work.

teols2016Reviewed in the United States on December 7, 2013
4.0 out of 5 stars
Not that bad...
Verified purchase
Okay, so this film isn't what most Grisham fans, especially those who have seen adaptions such as "The Firm" and "The Rainmaker", and the author himself were hoping for, but it wasn't all bad. For one thing, it had Gene Hackman playing the aged condemned Klansman Sam Cayhall, a role Mr. Hackman aced. Chris O'Donnell wasn't all bad as Adam Hall, though this film was released not far from "Batman and Robin" so I involuntarily find myself making an unfavorable comparison between these two of Mr. O'Donnell's roles...he has better ones in the future once people have had a chance to recover from the trauma of that Batman disaster. Ultimately timing seems to have been against the young lad during this film. My other beef with this picture is it's noticeable deviations from it's source material. I consider "The Chamber" to be a classic Grisham work and one of my favorites in his bibliography, which is why I wanted to see this film. I certainly have no problem with a book's film adaptions steering away a bit from it's source material (i.e. The Shawshank Redemption), but when the alterations to the plot just don't work, that's when a film suffers. For example, this film's plot device of a secret society sanctioned by the state government (at the very least) being in league with the KKK was just an over-the-top attempt to explain racism in Mississippi during the Civil Rights era...the book's way of explaining that same issue may create some fictional events, but those are on a much smaller scale and are properly incoperated into history...therefore, the book's way works. As for the villain, Raymond J. Barry's role of Rollie Wedge was expanded from it's source material in the hopes that Jack Nickelson would take up the role. Unfortunetly that didn't happen. I'm not convinced that Mr. Barry couldn't have handled the role. Rather, I criticize the way the character was written in this adaption. I wasn't entirely thrilled with the character in the book either as he seemed to be too slick and undetectible in there. I think a hybrid of the book and movie versions would have made for the perfect villain for this plot. I did like that the FBI in the film knew something about him whereas they were completely unaware that he had even been born in the book. Perhaps he ought to have been more slick in the film but allow the FBI to know something anyway...they are pretty good. Also, having pose as the condemned man's brother without us having met any real brother (another deviation as we met one brother in the book) lessoned the impact of suspense that that scene could have had. But, for all the dissappointments that this film gave to Grisham loyalists like myself, the acting was still solid and the plot was just similar enough to the book that we can make the connection. If you're a die-hard Grisham fan who must have it all, include this in your collection. Otherwise, I'll leave it up to you. Enjoy.
5 people found this helpful

MerseygirlReviewed in the United States on December 7, 2018
5.0 out of 5 stars
Intelligent entertainment
Verified purchase
Good story , well acted . Wish they made movies like this more.enjoyable without any filthy language .
5 people found this helpful

Jabba Reviewed in the United States on September 24, 2019
4.0 out of 5 stars
Good film / Missing parts?
Verified purchase
This was a good film. It was not as good as some Grisham adaptations. Hackman was great. He is one of the most underrated actors of all time. I did not read the book the film was on. However, I get the sense there were some past events left out. I also think there were some other events missing relating to the names in the reports.

Phil A.Reviewed in the United States on July 13, 2015
5.0 out of 5 stars
A little dark for a Grisham movie, probably not the last thing you want to watch before bed.
Verified purchase
I guess I have seen all the Grisham movies. For me, this was the darkest and most gory. If you are looking for something smart and funny like Rainmaker or Runaway Jury, this is a little different. This movie addresses a number of difficult social issues such as racism and the death penalty in a very up-front and graphic way. I don't think it will spoil it too much by giving you one warning: Do not have the volume up to high for the first few scenes unless you have clean undergarments ready.
4 people found this helpful

RussReviewed in the United States on April 28, 2020
5.0 out of 5 stars
A good story
Verified purchase
I read the book before watching the movie and thought the movie was a good adaptation. My favorite line: "This stops with me."
One person found this helpful
See all reviews
Back to top
Get to Know Us
Make Money with Us
Amazon Payment Products
Let Us Help You
EnglishChoose a language for shopping. United StatesChoose a country/region for shopping.
© 1996-2021, Amazon.com, Inc. or its affiliates