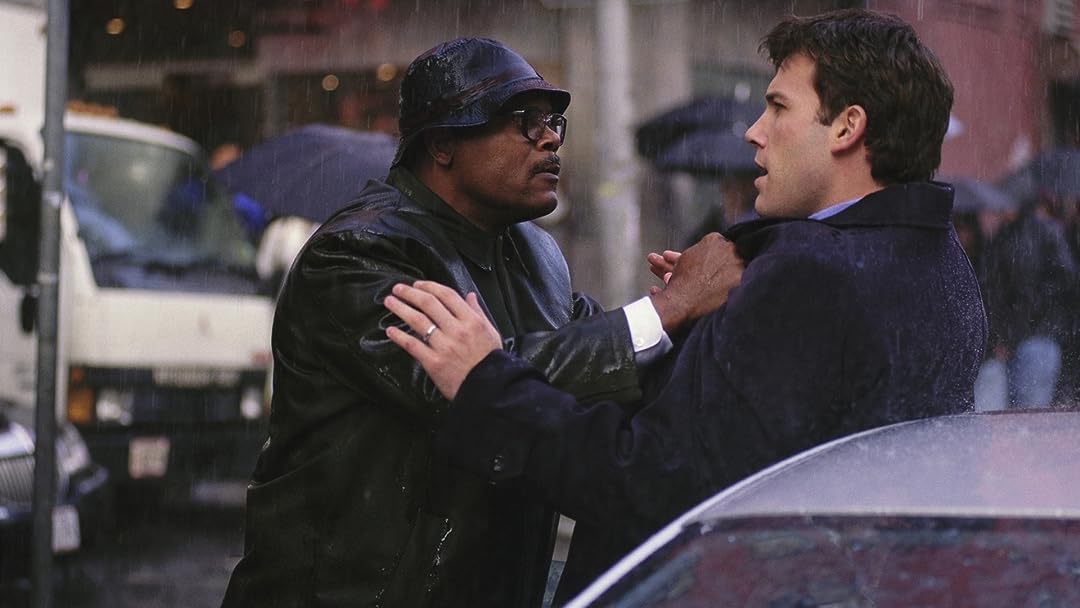 ViperiousReviewed in the United States on November 10, 2016
5.0 out of 5 stars
Great movie with an honest and impactful message.
Verified purchase
Fantastic movie with exceptionally well acted and well written roles.
I love me some metaphors.

I show this movie to my Anger Management Class, and I think they really enjoy not having to hear me talk for the two classes it eats!

Good message at the end of the day for people with anger issues. It shows that its not just about you and your anger, its the situations you let yourself get yourself into with other people.

One if my all-time favorite movies.

x_bruceReviewed in the United States on March 13, 2003
3.0 out of 5 stars
Good film until the ending
Verified purchase
First, I think Changing Lanes is a very good film that had the potential to be great. Samuel Jackson and Ben Affleck give excellent performances, expected from Jackson and one of Affleck's better outings.
Changing Lanes is not the hyper charged action revenge flick the trailer made it out to be. Instead it is a thoughtful look at two flawed characters that devolve through most of the film until they meet their base personality and the responsibility of their actions.
There is action and the plot moves quickly. Watching events unfold and splinter into lower forms of behavior is convincingly conveyed right until the last scene which is a Hollywood ending.
Without giving away details it makes the decision that you as a viewer aren't smart enough to "get" the film and helps you along with the extra Hollywood oriented coda type ending.
Worth seeing for 95% of the film. Even with the cop-out ending there are many excellent themes developed and questions Changing Lanes asks.

Candiria drummerReviewed in the United States on December 5, 2021
5.0 out of 5 stars
like new
Verified purchase
Disk arrived quick and like new condition , no scratches or marks. thank you!
One person found this helpful

SomashekarReviewed in the United States on February 25, 2021
5.0 out of 5 stars
Excellent!
Verified purchase
This is sometimes a bit uncomfortable to watch, but it's VERY good and worth the time. Really great messages. I so appreciate this movie! And the actors are each superb in it.

T.Patrick HurleyReviewed in the United States on January 9, 2020
4.0 out of 5 stars
Great movie and a must have for any movie collector.
Verified purchase
The movie does a great job of getting the viewer to consider their own moral standards as you see the actors do the same in their roles. Ben Affleck and Samual Jackson do a great job in this situational scenario of a "what if".
See all reviews
Back to top
Get to Know Us
Make Money with Us
Amazon Payment Products
Let Us Help You
EnglishChoose a language for shopping. United StatesChoose a country/region for shopping.
© 1996-2022, Amazon.com, Inc. or its affiliates