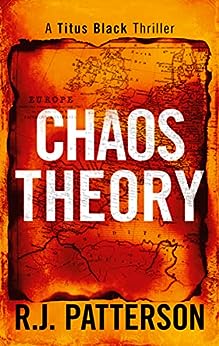 Sometimes the only way to win is to have nothing left to lose.

Black ops agent and proud patriot Titus Black sees the writing on the wall as the Fullgood Initiative closes in on its goal of launching chaos across the globe. While the ultimate end game remains a thinly-veiled mystery, Black and the Phoenix Foundation team have a shrinking window to pull off the impossible and prevent the greatest vacuum in world leadership in history.

As the Fullgood Initiative attempts to conquer America in a slow-motion coup with the entire world watching, Black determines that he only has one objective: save his beloved country at all costs. And in order to do so, he faces his most dangerous mission to date, one that will test his mettle, will, and wits to not only survive but restore America to its place of prominence.

With pulse-pounding action and jaw-dropping twists and turns, Black takes aim at Fullgood Initiative operatives embedded in the country’s highest halls of power as if the soul of his country depends on him—because it does.