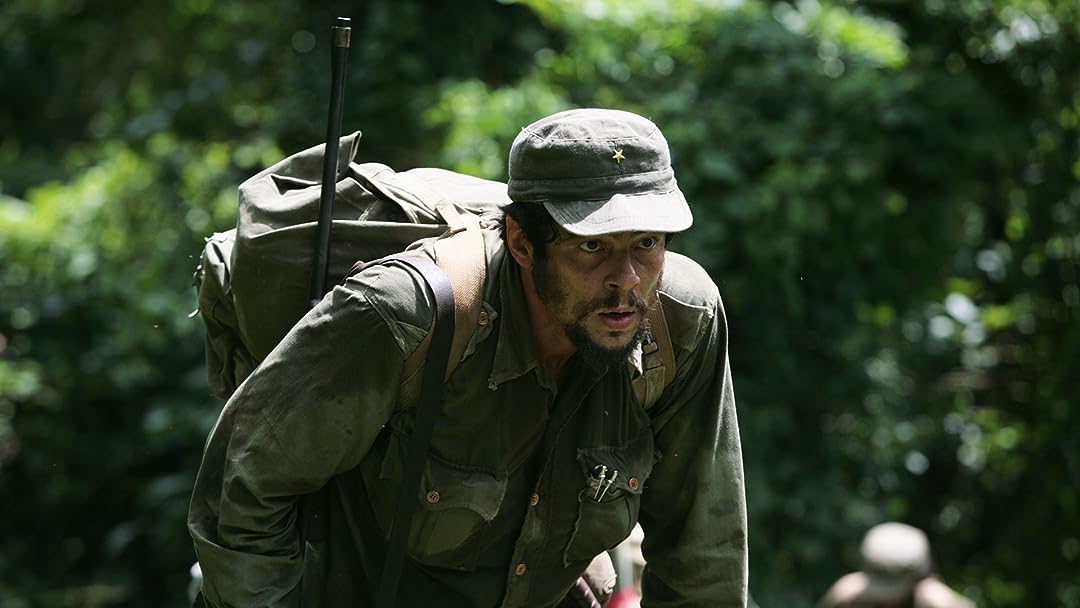 Tell Me A StoryReviewed in the United States on January 1, 2022
1.0 out of 5 stars
Ask a Cuban...if this was an accurate portrayal
Verified purchase
I watched this and found it fascinating. Unfortunately, this should be billed as a fairy tale, a political piece of propaganda. Che is represented as a man of the people. He is compassionate, a revolutionary and self-less. This is not at all accurate.

This man was responsible for thousands of deaths of the "people", he supposedly was helping to free. The ordinary person, who wanted a life free from an autocratic governance but all they got for their suffering was death, hunger and even greater poverty. Trading one misery for another in the guise of Fidel.

I used to think this story was accurate after all, I'm an average American who heard about this hero, the Savior of the people of many South American countries and most significantly Cuba. However, over the last 30 something years, I have had the opportunity to speak to many who escaped Cuba, their stories contradict this one! I have heard first hand accounts many decades after the fact, where the individual has had tears in their eyes, literally stopping their account because they were on the verge of weeping. Che was a monster, most likely a sociopath with the power of persuasion than roused people to fight for a cause that would never come to pass.

I am embarrassed of my past belief. I was sold a lie. This film continues to perpetuate it. Do some research, if you know a Cuban, who lived during these times, ask questions. Read some books like Carlos Eire's account as a child in Havana during the 1960's (he doesn't mention Che but he lends his childhood understanding). Information is available, or you could watch a fairy tale, the choice is yours.

BolivianaReviewed in the United States on February 18, 2021
3.0 out of 5 stars
A foreign invader
Verified purchase
The arrogance of the Argentine CHe made him invade a country where there had been a revolution on April 9 1952, Agrarian reform where all the land went to the Bolivian indigenous, peasants .
Large mines were nationalized and cooperatives created.
He did not know that at the time bolivians would unite against foreign invasion.
Not the Bolivian communists from all the different factions would support them.
His arrogance made him have dozens of photos, that were found when captured Regis Debray sang like a bird.
Another mistake ,Bolivian soldiers are pride of their peasant,miners families when they enlist, he killed this young men.
The area he was hated them for it and kept informing the military , refused to sell them food, locked or left.
The mules Che and the Cubans used were tortured and later eaten.
Tania stood like a sore thumb bedding goverment clerks for information.
Bolivia lands were in the hands of who worked them.
In 1955 he had tried to hook with Bolivian MNR and was denied all participation.
Bolivian revolution of the 9 of April 1952 was by bolivians for Bolivia.
Che invaded Ethiopia, killing in the process and loosing also.
Castro sent Che to Bolivia to get rid of him.
Want to thank the brave patriotic Bolivians that fought the terrorists.
And shame that the ex narco dictator communist Evo Morales and Arce want to turn Bolivia into a clon of the poor,miserable Cuba.
6 people found this helpful

Michael HerndonReviewed in the United States on October 30, 2019
2.0 out of 5 stars
EEEeeeehhhh........OK............sort of???.....welllll.....I don't know??....Don't waste your time!
Verified purchase
Hard to say about this movie. Had a lot of potential but blew it. Good photography, acting was OK. Totally failed to convey what a ruthless murderer Che actually was. WAY TOO BIAS! Kinda like a CHE T Shirt. The film makers should have done their homework! A more "rounded" view of CHE & this might not have been a bad film.
17 people found this helpful

joel wingReviewed in the United States on November 6, 2020
4.0 out of 5 stars
From guerrilla fighter to world celebritiy
Verified purchase
Che is the first of a two part series about famed Argentine revolutionary Che Guevara who helped Fidel Castro take power in Cuba. The movie flips back and forth between the 1960s after the Cuban revolution and when it first started in the 1950s. The flashbacks allow Che to commentate on the revolution and compare where he was during and after the revolution. At first he’s a grunt hiking through the hills of southern Cuba which eventually makes him an international superstar.

This is the irony of the story. It covers the hard struggles Che had fighting the Cuban government and being part of a revolutionary movement that was up against the odds. At the same time it shows him jet setting around New York City with all kinds of the upper class which he would usually condemn as the bourgeoise American imperialists. It couldn’t be a starker contrast from his time out in the Cuban countryside. It makes you wonder just what he was thinking when he was going to all those parties in America. Added to that is the movie is a celebration of Che as well and wants to romanticize him. That’s why he got to go to New York City originally and why his face can still be seen on t-shirts across the world. It’s saying middle class America can love a revolutionary who wanted to overthrow the entire system of capitalism they believe and benefit from.

Enough can’t be said about Benicio del Toro in the lead. He does an impeccable job in what might be one of his greatest performances.
3 people found this helpful

Ross AveryReviewed in the United States on April 11, 2021
5.0 out of 5 stars
Great film
Verified purchase
Part 1 of this movie focuses primarily on the events leading up to Che and his guerrillas ousting Batista and his cronies. Very action packed but not for the faint of heart because of the violence, but history is history. Great adaptation of the Cuban Revolution by Soderberg and Benicio del Toro, overall brave film to make considering the film was made by "the enemy country: America". Really well put together, great acting, great action, great glimpse into Che's psyche.
3 people found this helpful

Joe FryerReviewed in the United States on January 7, 2022
1.0 out of 5 stars
I'm Cuban American..
Verified purchase
As a Cuban American, who's father came here in 80 during the boat lift and someone who is a fan of Benicio Del Toro this is just sad. Che was a murderer on the level of nazi's during WW2. Ask any Cuban their thoughts on Che and we'll all say the same. He's a murderer and should be looked at the same as the German Nazi's of WW2. To think of him as anything but that is insulting to those he harmed over the years. Its like when I see white teenagers wearing Che shirts because they think they are cool and being tendy. In the eyes of Cubans its equal to wearing a shirt with Hitler on it.
4 people found this helpful

Alamo De LichyssoiseReviewed in the United States on June 2, 2020
2.0 out of 5 stars
Boring. In spite of its director, star, and subject. Boring nonetheless.
Verified purchase
Wow, one of my favorite actors and the best director in the biz got together to make a very long and very boring movie! And the topic is so rich and multidimentional that you'd think it would be a lot of work to take the interest out of it. Soderbergh did that work. And consider that I'm a lover of Terrence Malick movies, so I'm a believer that long + slow doesn't have to = boring.
3 people found this helpful

jorge albertochagoyaReviewed in the United States on May 12, 2022
3.0 out of 5 stars
TBH
Verified purchase
So, the best example that i can give to compare this movie is "Breaking Bad" the reason being is because the same way that Breaking Bad is able to make the true villain look good and even gain the support of most viewers the truth of the matter is that even though this shows only the good that he did for Cuba while trying to convince you that it is unbiased by sliding in a FEW clips of Che being a "bad" person you need to be able to view the revolution and the outcome of it by every perspective possible. Only using this movie as an example of the good he did doesn't mean you can use it as your only source when talking to people about it. I recommend anyone who watches this movie do some research on the topic before going out and buying a T-shirt of Che. Knowing more about the topic will give you more insight into the matter.
See all reviews
Back to top
Get to Know Us
Make Money with Us
Amazon Payment Products
Let Us Help You
EnglishChoose a language for shopping. United StatesChoose a country/region for shopping.
© 1996-2022, Amazon.com, Inc. or its affiliates