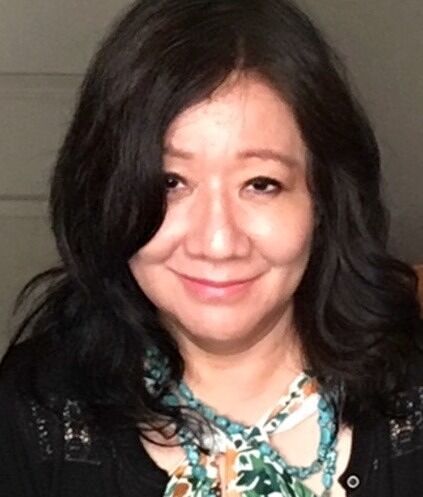 by Cynthia Kadohata (Author), Maurizio Zorat (Illustrator)
4.5 out of 5 stars 103 ratings
See all formats and editions
Sorry, there was a problem loading this page. Try again.

“Kadohata’s slapshot is the heart-swelling narrative of a father and son…Truly powerful.” —Jason Reynolds
“A deeply poignant story about a boy sorting out his priorities.” —Publishers Weekly (starred review)
“A vivid, memorable portrayal of a boy within his family, his sport, and his gradually broadening world.” —Booklist (starred review)

From Newbery Medalist Cynthia Kadohata comes a brilliantly-realized novel about a hockey player who must discover who he is without the sport that defines him.

Hockey is Conor’s life. His whole life. He’ll say it himself, he’s a hockey beast. It’s his dad’s whole life too—and Conor is sure that’s why his stepmom, Jenny, left. There are very few things Conor and his dad love more than the game, and one of those things is their Doberman, Sinbad. When Sinbad is diagnosed with cancer, Conor chooses to put his hockey lessons and practices on hold so they can pay for Sinbad’s chemotherapy.

But without hockey to distract him, Conor begins to notice more. Like his dad’s crying bouts, and his friend’s difficult family life. And then Conor notices one more thing: Without hockey, the one thing that makes him feel special, is he really special at all?

Gr 4–6—"Hockey kid" Conor McRae is obsessed with his sport. At age 12, he's playing for an elite level team in his L.A. suburb and begins competing nationally. A mediocre student, he devotes himself totally to training and practicing for his planned career as a pro hockey player. All of this is a challenge for Conor's police officer dad, a widower who is now divorced from his second wife. To compound matters, Conor's Doberman, Sinbad, is diagnosed with cancer and will require a $7,000 treatment. Kadohata is a hockey mom, according to a back cover note, and she aptly describes the enormous sacrifice of money and time required for competition at Conor's level. But while hockey gives some structure to the narrative, the story ultimately lacks focus and sprawls over too many plotlines, including Dad's dissatisfaction with his police work, money troubles, the dog's illness, Conor's estranged grandparents, his training regimen and relationships with Eastern European coaches, his budding prayer life, a brain injury, and a wildfire that dominates the opening of the book and then ceases to be a plot element. Narrated by Conor, the story is a blizzard of facts and observations as if told by a tween unable to discern which events advance the plot and which ones distract from it. Descriptions of hockey play are lengthy and detailed. VERDICT The novel is wholesome and the tone positive, but it never achieves any narrative traction. Purchase only where youth hockey is extremely popular.—Bob Hassett, Luther Jackson Middle School, Falls Church, VA

"A deeply poignant story about a boy sorting out his priorities."  - Starred review, Publishers Weekly

"Kadohata offers a vivid, memorable portrayal of a boy within his family, his sport, and his gradually broadening world." - Starred review, Booklist

New York Times Book Review:  "I've known for a long time that you gotta be intense about stuff, since anything can happen in the future."  So says Conor McRae, the 11-year-old hockey player at the heart of Kadohata's quiet, masterly seventh novel.  Conor is nothing if not intense about his sport -- his goal of making it to the N.H.L. pushes him to 4 a.m. wake-up times and grueling practices where coaches pinch his neck and scream, "Why aren't you moving your feet?!!"  But hockey is an expensive pursuit and Conor's dad, a police officer, barely makes enough to cover equipment.  Then Conor's dog and "soul mate," Sinbad, develops cancer and Conor must face the messy aspects of life outside hockey -- his dad's depression, his estranged maternal grandparents (Conor's mom died when he was 2), the possibility of life without Sinbad.  You don't have to know about power skating or stick time to get sucked into this moving story.  The Newbery Medal-winning Kadohata ("Kira-Kira," "The Thing About Luck") gives readers a fascinating window into the world of elite junior athletes, those kids who seem to live "on a whole different planet" from their classmates.  Conor is impossible not to like; hardworking and kind, he's capable of 33 perfect push-ups and a killer slap shot, but still says lovably lunkheaded stuff like, "Someone should declare Taco Bell a national treasure."  And Kadohata's portrayal of the steady relationship between Conor and his dad is refreshing -- a welcome reminder that not all father-son relationships are fraught and dysfunctional.  "When I started playing, it was like Dad was living through me, but not in a bad way," Conor says.  "It was more like him and me got so bonded he was out there with me."

Cynthia Kadohata is the author of the Newbery Medal–winning book Kira-Kira, the National Book Award winner The Thing About Luck, the Jane Addams Peace Award and PEN America Award winner Weedflower, Cracker!, Outside Beauty, A Million Shades of Gray, Half a World Away, Checked, A Place to Belong, Saucy, and several critically acclaimed adult novels, including The Floating World. She lives with her dogs and hockey-playing son in California. Visit her online at CynthiaKadohata.com.

Checked
Read more
Start reading Checked on your Kindle in under a minute.

As a child, Cynthia Kadohata’s biggest life goal was not to be a writer. It was to own a dog. Since then, she has had six rescue dogs as her best friends. And, she has been extremely fortunate to have mostly worked as a writer during her adult life. She is the author of ten children’s books, including Kira-Kira, winner of the Newbery Medal; The Thing About Luck, winner of the National Book Award; Weedflower, winner of the Jane Addams Peace Award; Cracker, winner of six state awards as voted on by kids; A Place to Belong, longlisted for the National Book Award; and the upcoming Saucy, about a piglet like millions of others, yet also TOTALLY herself.

Jeff in SD
2.0 out of 5 stars No much hockey in the book....
Reviewed in the United States on June 28, 2018
Verified Purchase
Sorry to say but not what we expected. Son is a hockey player and dog lover. Not much hockey in this book. Quite honestly he didn't finish the book which never happens. Seemed like a good idea.. but..... if you want more hockey in the stories for your kid go with the Scott Young books or the Roy MacGregor books
Read more
4 people found this helpful
Helpful
Report abuse

Amazon Customer
1.0 out of 5 stars Don’t check out Checked.
Reviewed in the United States on December 15, 2019
Verified Purchase
We used this as one of our student book club selections, but with 2 exceptions, our students did NOT like this book. Their responses were that they did not enjoy the storyline and the actual writing style was poor quality. Overall, we were disappointed.
Read more
One person found this helpful
Helpful
Report abuse

Amazon Customer
5.0 out of 5 stars As described
Reviewed in the United States on February 1, 2021
Verified Purchase
Good book. As described
Read more
One person found this helpful
Helpful
Report abuse

Carol G.
5.0 out of 5 stars Good book
Reviewed in the United States on August 10, 2018
Verified Purchase
My 14 year old hockey playing son is really enjoying this book. It is not a great piece of literature, but he can relate to the story and all the dedication, time, money and commitment spent on hockey.
Read more
2 people found this helpful
Helpful
Report abuse

Jokerr
5.0 out of 5 stars My 11 yr old goalie and I both love this book.
Reviewed in Canada on August 11, 2019
Verified Purchase
My 11 year old son and I are both enjoying this book.
Read more
Report abuse
See all reviews