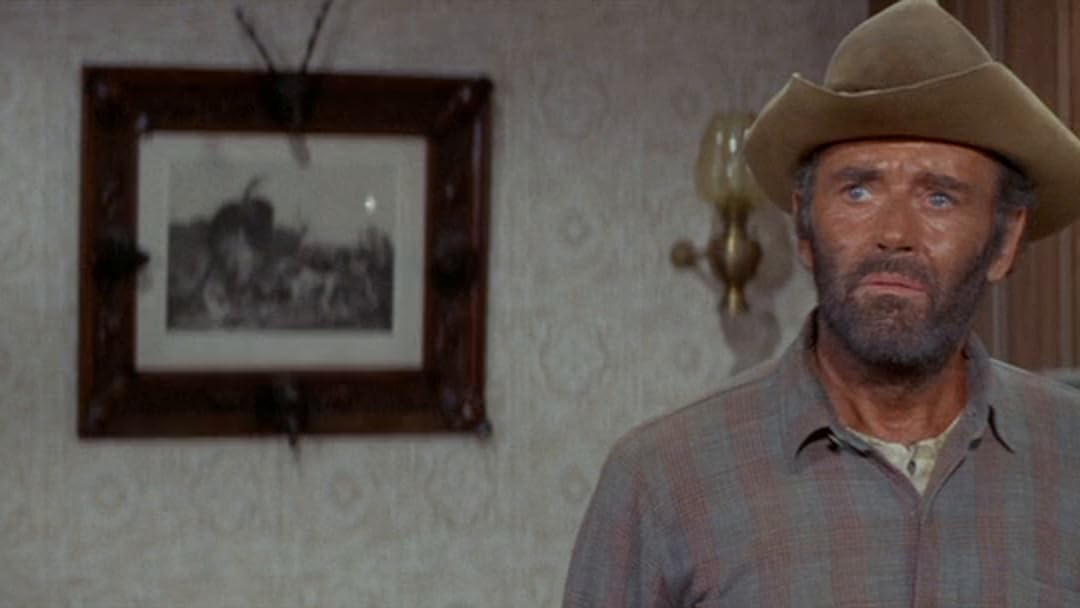 HAL 9000Reviewed in the United States on September 8, 2020
1.0 out of 5 stars
A one hour, forty-two minute misogynistic manifesto.
Verified purchase
For my father-in-law's birthday, we bought a projector and let him pick a movie to watch. We dwindled down the list, skipping past the obviously unsuitable ones and came to this. We saw it had James Stewart and figured it would be okay. We unfortunately didn't read the description - the title sounded innocent enough.

I'm a 40-year-old male and I immediately became uncomfortable with the content. This movie casts women in a submissive light, there only to serve the needs of men. I'm going to be extremely blunt here, hopefully, without setting off any content filters. Jimmy Stewart inherits a brothel, but really wants to be a cowboy, so spends the movie trying to rid himself of the problem of running the place. He tells everyone the prostituion is stopping and he's going to turn the house over to the staff, but he finds out there's a contract with the railroad and if he stops the prostituion, the house won't be his and everyone will suffer the same fate.

On one hand, it's noble that he wants the staff to live a life free of prostitution, but that dash of morality is undercut by the numerous derogatoray remarks made in the supposed support of their breaking the chains of bondage. I guess I just said it there: It's not that he wants them to break those chains and be free of a life of submission because of the lack of job opportunity and a population that discriminates against and objectifies women, but that he doesn't think the women can handle themselves and takes pity upon them.

All-in-all, it's a movie of its time and, while I tried not to hold that against it, I just can't rate this any higher than one star. Beyond its over and undertones of misogyny, the film had little redmeedable content. In the spectrum of spaghetti westerns, it would be right up there with the others, but I fear the time where we can watch this sort of thing with an adequate suspension of disbelief is gone.

None of these films represent the west. The truth of the matter was much different, of course, and I can't say I ever did appreciate the glamerization of criminals and people forced into uncomfortable circumstances by the views of the time and the general inavailbilty of equity in society. No, I think this title belongs on the back of a library shelf.

Devona farleyReviewed in the United States on February 12, 2020
5.0 out of 5 stars
Read the review
Verified purchase
My Dad wanted to watch this couldn't find anywhere.
I rented it and watched with my dad
To my amazement this movie was hilarious. I'am a new age movie person now into horror so have to say I was not looking forward to watching this . But I'm glad I did Dad happy and laughing me crying laughing wow...
Thanks for a great Movie night.
8 people found this helpful

SherlockReviewed in the United States on June 12, 2019
5.0 out of 5 stars
A western comedy with some drama thrown in
Verified purchase
The long time friendship between Stewart and Fonda really "shine thru" in this movie. The one liners from Fonda are classic belly laugh comedy and Stewart's performance as an aging cowboy who fulfills his dream to become "Republican businessman of property", but doesn't realize that he has inherited a whore house in Cheyenne WY, is one of his best.
6 people found this helpful

Made In The USA Reviewed in the United States on October 5, 2019
3.0 out of 5 stars
"Firecreek" - DVD - Review
Verified purchase
...
Five stars for the beautiful and talented Brooke Bundy.
Four stars for the beautiful and talented Inger Stevens.
...
Three stars for James Stewart character's Predictable change.
from Meek and Complacent to Self Assertive and Angry.
...
Three stars for the Dust in the Wind in the Dilapidated Town.
One star for the Predictability of the Plot and Ending.
...
Two stars for the Firecreek town residents with no backbone and no hope.
Movie Quote : "Town that Collects Losers, will Exist for their Lifetime, no more.
...
Rated this movie three stars overall.
One person found this helpful

Carl L.Reviewed in the United States on April 19, 2020
5.0 out of 5 stars
Great Old Movie!
Verified purchase
My daughter is 22 and I made her watch this good, old classic movie. Stuart and Fonda are great actors and, together, they are a stitch. Stuart inherits a social club and Fonda, basically, just tags along for the ride. My daughter had a laugh in regards to the little "political humor" added saying "some things never change...". Anyhow, it's just a good movie with good acting. No major special effects, no frills or thrills or crazy story line to have to figure out. Just two cowboys having a new experience finding out that maybe they had it just fine where they were.
3 people found this helpful

Red PenReviewed in the United States on August 7, 2017
5.0 out of 5 stars
Fun and Laughter
Verified purchase
Jimmy Stewart and Henry Fonda are the "perfect couple." Each of these laid-back, classic actors is wonderful in his part. It's a movie you'll want to see more than once. It has a funny plot from beginning to end: a cowboy inherits "property" from his deceased brother in Cheyenne, WY, so he and his partner travel from Texas to claim that inheritance. The ensuing 1000-mile trip on horseback and the discovery of what the property actually is makes for comical and interesting scenes. The two male leads play off each other naturally. I highly recommend this 1970 film. It's hilarious.
Red Pen
6 people found this helpful

Real-life friends Jimmy Stewart and Henry Fonda play a pair of grizzled old cowpokes earning a meager living herding cattle. John O'Hanlan and incessant jabber-monkey Harley Sullivan, good buddies who are about to have their lives upended and altered with the delivery of a letter.

John has learned that his brother, whom he hasn't seen or heard from since they were young men, has passed away. Over those many years D.J. O'Hanlan amassed quite a fortune. And with his passing, Ol' John has inherited his entire estate; wealth in the form of a town's social club - the building, its contents and furnishings are all his - including a fat bank account. John has just retired. All he has to do is go and collect it.

Back in the day before cars, roads and rails - the horse was the primary means of transport. So a trip that would take five or six hours today would be a two or three month journey over rough untamed wilderness. And his ever-chattering, walnut-cracking buddy Harley figures: Well shoot, why not take the trip too? Much to the chagrin of John, who is indeed his friend, but hilariously one who wishes his friend would shut the hell up once in while. Months of constant yakkity-yak is enough to drive even the most temperate of people to violence.

As the pair enter Cheyenne, it's made clear that John O'Hanlan is a person of polarizing interest. From the cheeriest warm welcomes to the frostiest of dismissals. Since he's never been to the town or met any of these people, neither cowboy can explain why.

When he takes possession of the "social club" - suddenly, it's all too clear why anyone with the last name of O'Hanlan elicits such strong reactions from the townfolk.

Conflict soon erupts as everyone suddenly realizes John isn't his free-spirited brother. Surprisingly prudish, a moralizing aspect of his personality comes out. Much to the chagrin of the women who call the club their home and the guests, some of whom endure traveling hundreds of miles to enjoy the company of Shirley Jones and friends. Even his old friend Harley is quite put off by his buddy's position that the "social" aspect has to stop.

Exceedingly enjoyable comedy with both movie veterans showcasing the casual ease garnered over a lifetime in the craft.

- Common knowledge now with the internet, but back in the day and for many years, I was the only cinephile that knew this is the only film in which Jimmy Stewart has a theatrical scene with a nude female. Quite a looker too, as Elaine Devry was really something during her prime. Won a decent stack of cash over the years on bets via this bit of movie trivia, prefaced with "Actually, yes he did." <g>

- Have had a long-standing thing for Shirley Jones. And that was years before I saw '[[ASIN:B000056HEE Elmer Gantry]]'. Yahoo! In this film, I have to admit, I take indecent pleasure in picturing her as 'available'.
10 people found this helpful

Richard M. BooneReviewed in the United States on June 21, 2021
1.0 out of 5 stars
DO NOT BUY THIS DISC
Verified purchase
There are two movies on this disc. One movie on each side. I was watching fir creek and at 1:25:00 into the movie my player froze. I tried several attempts to play beyond the freeze point. No positive result. Flipped the disc. Same result same place at the same time. Put a different disc in the player. The disc played through.
I say again. DO NOT BUY THIS DISC!
See all reviews
Back to top
Get to Know Us
Make Money with Us
Amazon Payment Products
Let Us Help You
EnglishChoose a language for shopping. United StatesChoose a country/region for shopping.
© 1996-2021, Amazon.com, Inc. or its affiliates