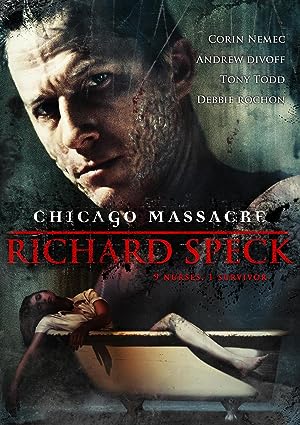 W. WOODReviewed in the United States on August 10, 2016
3.0 out of 5 stars
Born To Raise Hell..
Verified purchase
During the opening credits the viewer is reminded that this movie is based on a true story. Chicago Massacre: Richard Speck is very loosely based on the real life crime that occurred in Chicago Illinois on July 14, 1966, when Richard Benjamin Speck, during a period of several hours, tied up, beat, tortured, raped and murdered eight student nurses from South Chicago Community Hospital. One of the original nine students hid under a bed during the murderous rampage and barely escaped with her life. During the trial she identified the man who killed her friends by leaving the witness stand, and pointing directly at Richard Speck when asked if she could identify the assailant.

This movie isn't terrible. The actors themselves do an okay job in their roles but the film is for entertainment value only. Many of the facts depicted in this version of the story doesn't match the details of the real crime. The murders resulted from stabbing and strangulation, but Speck is seen shooting one of the victims in this movie. This story also shows the nursing students residing in a college dormitory, but the murders actually occurred in an apartment/townhouse that was shared by only eight of the students. In addition, the terminology, such as "forensics" wasn't commonly used by detectives during the time this crime actually took place.

Corin Nemec plays an excellent role depicting the unlikable piece of human excrement who was Richard Speck. Following his trial, Speck was sentenced to death but the sentence was later reversed because the US Supreme Court threw out the Death Penalty. As a result Speck was incarcerated for the remainder of his life in prison. He died from a heart attack on December 5, 1991. It's too bad that societies rubbish like Speck continue to live full unproductive lives in prison after so tragically and methodically taking the lives of the innocent people who were guilty of nothing more than being in the wrong place at the wrong time. The world would be better served if Richard Speck and others like him were given the opportunity to keep their appointments with the Grim Reaper after they've been convicted, but dead is dead. Good riddance to this one..

MichaelReviewed in the United States on August 21, 2016
2.0 out of 5 stars
Only watch if someone is paying you money to watch. A lot of money.
Verified purchase
I think this had to be done by a first year art student in a video class. It jumped all over the place, from now to "dream sequences" some of the lines were campy at best, and laughable at worst. There are a few worse movies out there but this is surely in the top 10 of worst movies of all time. For a "real crime" movie, it doesn't really tell anything about his history, his murders, or his incarceration. It uses his name, and the fact he kills people. If you want historical record, this is not your movie. If you want graphic violence this is not your movie. I like many historical crime movies, and I only watched this one for 2 reasons. 1. I remember when the jail house video came out, and the shock it caused. 2. Amazon had it listed as leaving Amazon on August 31, and this was August 20. I wish it had been September 1st.

PR GUYReviewed in the United States on April 11, 2010
1.0 out of 5 stars
I've seen better episodes of "Cops"
Verified purchase
It would be cruel to bad mouth the acting in this low budget abomination, but how can I be cruel when there really wasn't an actor on camera? Corin Nemec should take up dock work...working at the docks. This attempt to bring life to a deadly true story makes me wonder. Was there ever a good movie made about this horrific crime? If so, please let me know. The music was overpowering and the whimpering girls were way overdone. Granted, I'd be scared witless too if this maniac was on the loose, but the script, acting, editing and screenplay was embarrassing. If you want to watch this, don't pay $3.99 for a rental...you can probably pick it up at the 99 Cent Only store for (that's right)...99 cents. Even then you got ripped off. You'd be better off watching an episode of "Cops" on cable.
One person found this helpful

PalmettoReviewed in the United States on July 27, 2016
1.0 out of 5 stars
Truly Awful
Verified purchase
There is so much wrong with this film it can't be described. It was disjointed and, unless you are very familiar with the story, very difficult to follow. They actually depicted him as having shot one of the nurses, which never happened.

Average Joe 12Reviewed in the United States on March 28, 2015
1.0 out of 5 stars
Lame.
Verified purchase
Hokey acting/production. Turned this one off after 5 minutes.

Will search for other options regarding the sordid tale of Richard Speck.

Amazon CustomerReviewed in the United States on June 19, 2016
3.0 out of 5 stars
Three Stars
Verified purchase
Was ok

LorettaReviewed in the United States on October 21, 2013
3.0 out of 5 stars
chicago Massacre: Richard Speck
Verified purchase
this was an okay movie. It really was not what I expected it to be. I was kind of disappointed in this movie overall. Again I felt it was missing something.

Paula G. KenneyReviewed in the United States on August 15, 2016
3.0 out of 5 stars
chicago massacre
Verified purchase
factual i guess, but very graphic.
See all reviews
Back to top
Get to Know Us
Make Money with Us
Amazon Payment Products
Let Us Help You
EnglishChoose a language for shopping. United StatesChoose a country/region for shopping.
© 1996-2021, Amazon.com, Inc. or its affiliates