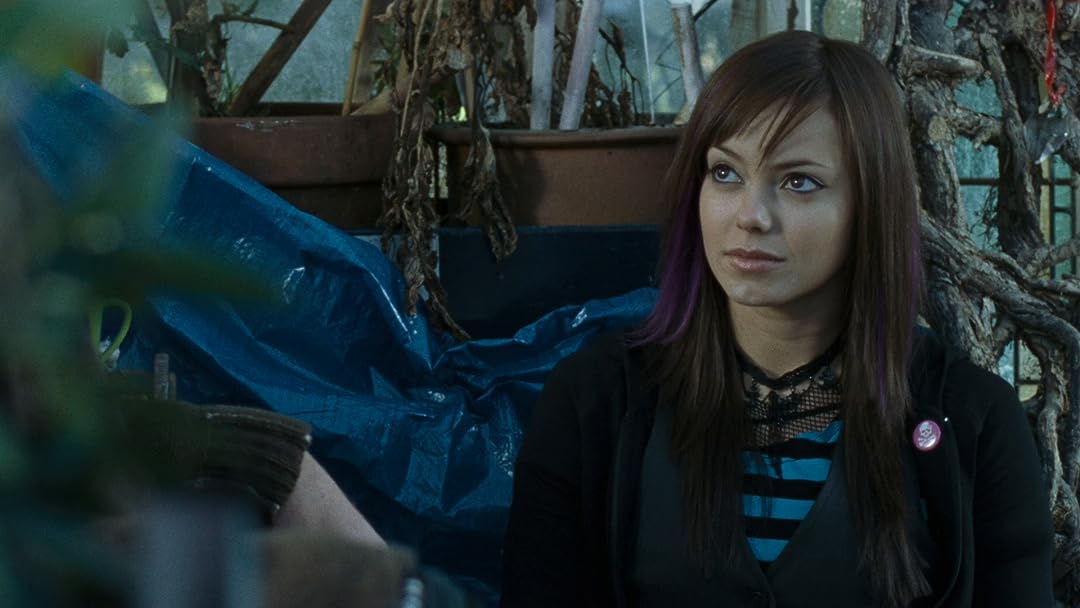 Akice69Reviewed in the United States on April 11, 2020
5.0 out of 5 stars
Blast From The Past!
Verified purchase
Watching this movie again after so many years (almost four decades, in fact; I really can’t believe it’s been that long!) took me back to a completely different world - one I had to leave, but one of which some parts I still vividly remember. And this particular flick has a certain amount of sentimental value, although it could be placed in the ‘Campy Horror 80’s Flicks’ folder.
While watching this again, I only remembered three things about it. 1)This was ‘one of those movies’ that my mom didn’t want me watching, because back in these days it was hard to watch R-rated movies as a juvenile (film ratings were taken pretty seriously by caring parents). 2) I remembered the scene of the kids singing on the bus (at the beginning of the show). 3) I remembered Jeptha Evans (the kid in this who played Paul), because Back Then I had a crush on him for awhile, and his name was very unusual (which helped me to remember it).
I had a school friend named Janet, and I used to talk to her about Jeptha. Both of us were fascinated by his name - it sounds very exotic, or maybe it is Biblical (sounds sort of like Jeremiah, or Malachi). In any case I looked him up in the cast information at the end, but it looks like he didn’t pursue a career in the acting world. He’s got to be around my age, because I remember wearing clothes very similar to what ‘the children’ wore in this movie.
This flick used to be shown on the Star Channel... and Back Then they still hadn’t invented the VCR yet, so you just had to watch it when they played it. And I used to watch it (though my mom worried that I might not have the maturity to understand it which of course sounds funny now!), over and over again. And I developed a pretty intense crush on this Jeptha kid, but eventually I just kind of moved on. Now, after so many years, I got to see this again... and I’m not the most rational person out there, I do have a very sentimental side and so now, I hope Mr. Evans (he’s not a kid anymore!) is alive and well, and I send him a belated, long-ago wish of love for the future.
My memories of (and youthful feelings for) him will forever be sealed inside this old-school horror flick.

Todd M.Reviewed in the United States on January 8, 2022
3.0 out of 5 stars
Most children’s fantasy.
Verified purchase
Not much to like here except the cat… the kids come across as anything but adorable and the parents seem to be lacking any parental skills. There is a lot of exposed female flesh in a winter setting while the kids seem have at least three layers of clothing. The movie starts out slowly and the kids whining and crying gets to be annoying quickly but once death and mayhem ensue things quickly get better for the viewer. The chaos doesn’t bring out the best in the parents as the kids become murderous rogues that seem to be united in some silent telepathy. the parental disintegration is interesting and with the kids turning on them it makes for a rather unique horror film that does suffer a bit from it’s time period. There are more than a few inconsistencies that get in the way but, overall, it’s an acceptable little slice of horror.

Maya K.Reviewed in the United States on June 12, 2013
5.0 out of 5 stars
Why I believe this film was a success
Verified purchase
THIS REVIEW CONTAINS MAJOR PLOT POINTS
*SPOILER ALERT*

How do you get viewers to hate adorable little kids?
I believe they played on excellent psychology of dos don'ts when making a film

We now have established our pure dislike of the children.

3. Make the prey characters smart
The adults were acting like a bunch of idiots, minus the teenager that the film made us annoyed with to start with. If the teen was to die early in the film, the children would have been more likeable.

We finally circle around to make the teen come out of her selfish ways and the one mother snap back to reality. The other two characters get what they deserve for being such idiots, and the final two "victims" seem to be on the road to safety because they start making smart choices and working together.

The ending? Well... that was just good classic horror.

That's what I thought anyway. I liked it!

Peter SuslockReviewed in the United States on April 21, 2013
4.0 out of 5 stars
Spooky Indy Film Is Worth Watching
Verified purchase
For a low budget horror film "The Children" is surprisingly refreshing and without question creepy enough to hold your attention - and keep a light or two on. Shot on a minimal budget the movie takes the cliche' of murderous children and adds a fresh face to often over played and over saturated formula.

Atmospheric and decent production values create an air of growing menace - as the kids begin to turn on the adults. Again in this often over played genre of murdering kids this quite films delivers genuine scares albeit some wooden acting by the adults. Which is surprising as I tend to find most child actors, with few exceptions banking of cliche' cuteness and or menace.

This is not the classic (original) Village of the damned nor is it the wonderfully creepy cult classic "The Bad Seed" but it does deliver exceptional performances by the children. A welcome find of an obscure little film that delivers surprisingly effective chills.
One person found this helpful

JoReviewed in the United States on November 4, 2017
3.0 out of 5 stars
Children of the Corn on Christmas Holiday.
Verified purchase
These kids do *not* have visions of sugarplums dancing in their heads. More like murder and mayhem. A mysterious illness falls upon the little ones at a family Christmas/New Years holiday. What comes of it is some relatively gory actions. For any prime members, I'd say give it a go if you want a quick uncomplicated thriller.

There is a lot, however, that definitely could have beefed up this film and earned it a better IMDB rating, but all in all, it's a good Holiday themed thriller.
3 people found this helpful

Evan SchackmannReviewed in the United States on May 7, 2013
3.0 out of 5 stars
Idiot Alert: Code Red!
Verified purchase
This film would more properly be entitled, Stupid Adults. If this is how Brits parent then God help the UK...or not! Heh, this kind of parenting will leave them open to our sweeping conquest in the future...aided by their own most hideous offspring! Buwahaha...It gets three stars for being creepy in parts but adults stumbling around, willfully ignoring the obvious becomes a bit tedious. SPOILER: In one scene an adult goes so far as to lie to the others about what she saw, even when it endangers everyone's lives. One can only take this for so long before one begins to actively wish the kids would just finish the rest of them off so we can get to the end. I checked the time every minute or so hoping some odd time vortex would form and speed me along to the end but no dice.
3 people found this helpful

John D. SenecaReviewed in the United States on August 21, 2015
5.0 out of 5 stars
DON'T TOUCH THE CHILDREN!
Verified purchase
I thoroughly enjoy this 1980 horror film. However, the print on this DVD leaves A LOT to be desired! Sure, it's watchable...but the picture is NOT very good! It's a shame though...because I love this movie! Sure, it was low budget and the premise was strange...but that's okay!
Overall, if you're a fan, get a copy of it! ...But keep your fingers crossed that another company will re-release a restored/remastered version of it on either DVD or Blu Ray!
10 people found this helpful

MatthewReviewed in the United States on June 21, 2018
4.0 out of 5 stars
Very decent horror movie overall. A-
Verified purchase
The movie script seemed well-written to me. For the most part, the characters in the movie behaved in such ways that seemed fairly realistic. Some of the characters were likable and relatable, which is important in a movie, and actually makes you feel legitimate terror when one of them is in danger. All-in-all, just a pretty great movie. The only lacking point is that perhaps the story line could have been explained a bit better.
One person found this helpful
See all reviews
Back to top
Get to Know Us
Make Money with Us
Amazon Payment Products
Let Us Help You
EnglishChoose a language for shopping. United StatesChoose a country/region for shopping.
© 1996-2022, Amazon.com, Inc. or its affiliates