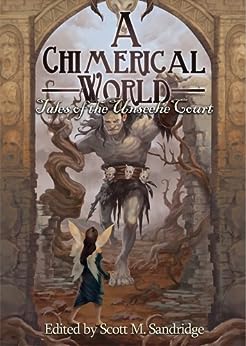 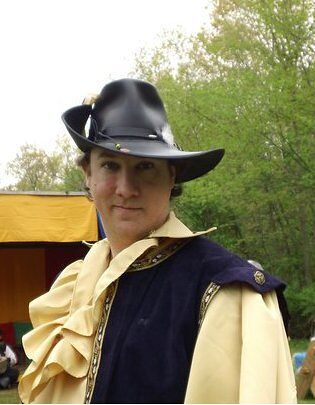 A Chimerical World: Tales of the Unseelie Court Kindle Edition

by Mike Pieloor (Author), Nick Bryan (Author), Enggar Adirasa (Illustrator), Scott M. Sandridge (Editor) & 1 more Format: Kindle Edition
See all formats and editions
Sorry, there was a problem loading this page. Try again.
The Fey have been with us since the beginning, sometimes to our great joy but often to our detriment. Usually divided (at least by us silly humans) into two courts, the second volume of A Chimerical World focuses on the Unseelie Court: the court we humans seem to view as the “evil” faeries. But “good” and “evil” are human concepts and as alien to the Fey as their mindsets are to us.

Inside you will find 19 stories that delve into the world of the faeries of the Unseelie Court, from authors both established and new, including Michael Shimek, Deedee Davies, and Nick Bryan.

But don’t be surprised if these faeries decide to play with their food.

Stories included in Tales of the Unseelie Court:

“In Plain Sight” by Rebecca Leo
“The Wunderhorn” by David Turnbull
“Treehouse” by Kim Smith
“I’ll Watch Over You” by Angeline Trevena
“The Enemy of my Enemy” by Deedee Davies.
“Maestro” by Nicholas Paschall
“Prey of the Boggart” by Rony Blechman.
“Fear of Little Men” by Mike Pieloor..
“Faerie Stories and the Bean Nighe” by Carmen Tudor..
“Gifts” by Michael Shimek..
“Djinn and Tonic” by S. Clayton Rhodes
“The Bet” by Jodi Ralston...
“The Fool and his Money” by Nick Bryan
“The Yielding” by J. A. Ironside.
“The Tamer of Beasts” by Doug Blakeslee..
“The Last Sword of Barrow Thorns” by Matthew A. Timmins
“The Rose and the Dragon” by Steven S. Long
“The Brothers Doran” by John A. McColley
“Wonderland” by Stephanie Jessop

Be sure to also see A Chimerical World: Tales of the Seelie Court, for more tales of the Fey!

Sheila Deeth
VINE VOICE
5.0 out of 5 stars Wow! These stories are cool, scary and fun!
Reviewed in the United States 🇺🇸 on April 4, 2015
I have two books of A Chimerical World, Seelie and Unseelie, but somehow I found myself drawn to read this one first. Does that mean I have some affinity for the frightening side of fae? I’m not sure. But what I found was a really cool collection of radically different tales, and a really great read.

The stories are fun, intriguing, surprising, and all with secrets hidden in the dark. These fae are cruel and manipulative, huge and powerful, tiny and strange. Rebecca Leo’s In Plain Sight draws the reader straight in with mystery hiding behind a New Orleans parade. Innocent fairytales morph into Orwellian darkness in David Turnbull’s The Wunderhorn. Quietly scary horror invades Treehouse by Kim Smith. And Britain’s hallowed shores prove of source of many twisted myths and terrors. Fear of Little Men by Mike Pileoor offers a perfect blend of Victorian gothic and steampunk in the middle of the book. But Carmen Tudor’s haunting Faerie Stories and the Bean Nighe is surely my favorite. You’ll find grim humor, classic accents, horror, magic and fun in this collection, something for everyone with any turn of interest in chimerical strangeness. But be aware, by the end you’ll hear a voice crying, “Run... They’re coming,” and you’d better obey.

Disclosure: I hosted one of the authors during a blog tour and was delighted to get a chance to get a free ecopy of the book.
Read more
2 people found this helpful
Helpful
Report abuse
See all reviews

Bethany Collins
4.0 out of 5 stars Good Read
Reviewed in the United Kingdom 🇬🇧 on February 27, 2014
Verified Purchase
I enjoyed the short stories and felt each made their own unique stamp on the book as a whole. An all round good read.
Read more
Report abuse
See all reviews
Report an issue
Does this item contain inappropriate content?
Report
Do you believe that this item violates a copyright?
Report
Does this item contain quality or formatting issues?
Report