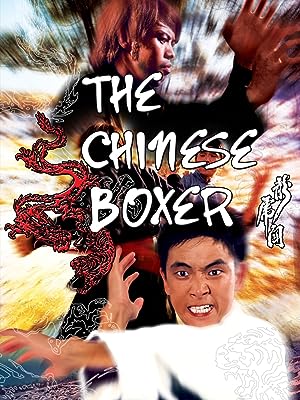 (41)6.71 h 26 min1970R
The golden age of kung-fu film's first superstar Jimmy Wang Yu (even before Bruce Lee) wrote, directs and stars in his classic favorite of a noble young martial arts student who won't give up - no matter how many blood-thirsty Japanese killers he faces!

Amazon CustomerReviewed in the United States on August 16, 2019
4.0 out of 5 stars
King Boxer without Chang Cheh directing
Verified purchase
This is an exceptional film with rough edges.
There is so much of this in King Boxer (aka Five Fingers of Death released 1972). Chang Cheh is such a great director that he makes Jimmy Wang Yu directing work on this look a little sub par (but this might be just due to my tastes in camera positioning, etc.), but this is one of the first martial arts films in the transition from the wu xia films that were being made during the time.
I can see a lot of Japanese Film styling in the directing and set lay-out; it makes me wonder how many Japanese samurai films Jimmy Wang Yu had seen before directing and starring in this. I'm assuming the smash hit of One-armed Swordsman two years before gave him the clout to direct and star in this film.
So many actors in this film that show up in (and even star in) future Shaw Brothers kung fu and wu xia films.
This has been classified as being one of the earliest kung fu movies.
It has the school setting and individual training sequences.
This film has layers of villians that keep up the dramatic tension.
Same actor plays a teacher in this film as they do in King Boxer.
The Japanese are the main villains who are basically brought into town as hired guns by a Chinese practitioner of Judo in order to get payback on a local teacher.
The main thing that probably would have kept this out of American theaters at the time (1969) was that it would have been given an X rating for Violence (as Sonny Chiba's Streetfighter did when it was release in America 5 years later - which turned out to be the first movie to be given an X rating in America for violence). And so it turns out that King Boxer breaks the kung fu movie into American theaters only to be quickly eclipsed by Bruce Lee in Fist of Fury.
I will say, that I wish I could have seen (could see) this one in a theater with a crowd that was allowed to behave like they used to back-in-the-day. This film would have had people yelling and jumping around in the aisles.
I would give this 4 1/2 stars if I could, but I can't quite give it a 5. That being said, any martial arts film fan should see this movie for its historical importance alone.

Andrew CeytonReviewed in the United States on July 9, 2019
4.0 out of 5 stars
Great
Verified purchase
No plot twists, the good guys are forced to revenge themselves against the greedy murderous bad guys. Minus a star for using rape as a plot point.
Report abuse

Hd riderReviewed in the United States on July 14, 2016
5.0 out of 5 stars
Would buy again.
Verified purchase
As expected. It came all the way from China !
Report abuse

Amazon CustomerReviewed in the United States on January 28, 2017
4.0 out of 5 stars
Four Stars
Verified purchase
Classic
Report abuse
See all reviews
Back to top
Get to Know Us
Make Money with Us
Amazon Payment Products
Let Us Help You
EnglishChoose a language for shopping. United StatesChoose a country/region for shopping.
© 1996-2021, Amazon.com, Inc. or its affiliates