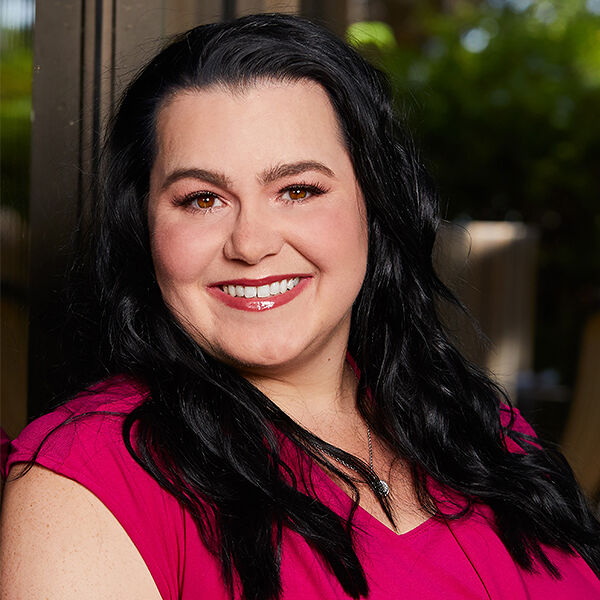 by Shayla Black (Author)
4.5 out of 5 stars 222 ratings
See all formats and editions
Sorry, there was a problem loading this page. Try again.
Read more Read less
Previous page
Next page

4.5 out of 5 stars
4.5 out of 5
222 global ratings
How are ratings calculated?
To calculate the overall star rating and percentage breakdown by star, we don’t use a simple average. Instead, our system considers things like how recent a review is and if the reviewer bought the item on Amazon. It also analyzes reviews to verify trustworthiness.

April R Symes
5.0 out of 5 stars TriCouple of the Year equals Heavenly Beck and Seth #Heaven
Reviewed in the United States on March 27, 2018
Verified Purchase
THE CHOICE by Shayla Black, Jenna Jacob & Isabella LaPearl is the first book in Doms of Her Life: Heavenly Rising Series. This is the steamy and intriguing story of Heavenly Young, Ken Beckman and Seth Cooper.

Heavenly is a young innocent nursing student who attracts Dominants Beck and Seth attention. They want her, completely. They find themselves fighting over her like two kids over a new toy but to these two men, she is more like cat nip. They want to play with her - tease her and please her. They want her more than anything else and it baffles them yet they can’t help how they feel about this young and sweet young woman. Now as for Heavenly, she is drawn and attracted to both men who are way over her head. But soon both men will come to realize that they will have to work together to get Heavenly to see that they just want to protect her and help her. Heavenly isn’t like a normal woman. She didn’t have a normal growing up experience. She has hid a lot about her background and we come to see she is the sole caretaker of her father and has been for quite some time. There is more about her that we learn in this book…and we find out that all the main characters have secrets of some sort. This is a book that is told in multiple POV which lets you in on what the characters are thinking and feeling. The story was written in past and present time; the buildup was great because it shows how the story gets off and slowly builds to its intense cliffhanger. I loved the angst, humor, steamy scenes, and the sexual tension that is there with the main characters as they fought to control their feelings and hold onto the lust they are feeling. I completely understand Heavenly’s reluctance to make a choice, especially when she is falling for both men. But with her juggling both men going to cause her to lose them both? And with her secrets, when the men find things out, will it cause everything to come falling down around her? And the men, will their secrets cause an end to this intriguing and steamy new relationship? Only way to find out is to read this book!!! I will tell you, this book is long and it sets up the players in the new series but it ends on a massive cliffhanger. The pieces are still setting themselves up because this isn't the end of the story, it's only book 1 in the series. I can't wait to spend more time with these phenomenal new characters. I definitely look forward to the next installment.

My Rating: 4.9 stars *****
“I received an advanced copy of this book from the author at no cost to me."
Read more
6 people found this helpful
Helpful
Report abuse

Lovingbooks1
5.0 out of 5 stars Must read, ménage at its best....
Reviewed in the United States on March 27, 2018
Verified Purchase
*I was gifted this ARC from the author and freely give my review*

This series is one of the ones I just have to read. The first four books in this series was about Raine and her journey and there we first met Heavenly, finally we get Heavenly’s story.
This is ménage and these authors sure knows how to write it. I love it and this is why:

* Good storyline
* Great characters descriptions that makes them come alive and I feel that I get know them very well. Secondary characters that I know from the previous books is also in this book and it’s a joy to “see” them again.
* Revealing bits of the characters past and present secrets little by little is what makes this story intriguing and holds my interest
* No unnecessary descriptions of surroundings
* Lots of dialogues
* The love scenes is intense and the connection between the characters is described in an intense and emotional way
* Heavenly’s journey from innocence to knowing what love and passion is about is beautifully described and happens gradually.
* I particularly loved the art show.......

It’s a cliffhanger but I still feel a little satisfied with how it went, now I just have to wait for the next book.
I recommend you read Raine’s story first but it’s not absolutely necessary.

Cheeseburgers4Ever
3.0 out of 5 stars Good story, perhaps getting a bit.... tired
Reviewed in the United States on December 30, 2018
Verified Purchase
I really enjoyed the first series of these books. It was such an interesting concept, and I really enjoyed the way that story played out. I particularly enjoyed Beck & Seth's parts in those stories, as well. (And not *just* because of Seth's self-purported oral skills).

I was excited for this book because I did enjoy Heavenly's character when she was briefly introduced in the previous series. And, for the most part, I did like this. And I'm sure I'll buy the second, third, and fourth or however many come out because I will want to see how the story ends.

That being said, as I was reading this one fresh off the heels of reading the previous series, it started to feel a bit formulaic, which is interesting because that's quite what I liked about the original series - that it didn't feel formulaic. But, this one seemed to have the same scenarios of sub lying to Dom and being reprimanded, Dom wanting trust but not telling the whole truth. It was a constant in the previous series, and I can see the way it's setting up to be a constant in this series, too.

Is it a problem with a solution? I don't know. Because there isn't much of a story without conflict, but my problem is that it seems to be the same type of conflict, every time. As though Seth & Beck weren't tirelessly lecturing Liam and Hammer in the previous series about being *honest* with their sub. Which, I guess, is the difference.

Sure, Seth and Beck hate each other but they spent a good deal of time together lecturing Hammer and Liam individually and collectively nearly ad nauseum that to see them be so hypocritical about it is perhaps the crux of my issue and impatience with this story.

And clearly we are being set up for a River & Pike story somewhere down the line, and I don't know if my tolerance for the same type of story will extend that far.

Anyway - I'll keep reading, but the storyline of this one began to feel a bit played out for me.
Read more
4 people found this helpful
Helpful
Report abuse
See all reviews

James W.
5.0 out of 5 stars Wow
Reviewed in the United Kingdom on September 27, 2018
Verified Purchase
What can I say but wow,it was so nice to not be Able to guess the whole story line so early in the read. Fantastic story lines and brilliant characters I couldn't put the book down.
Frustrated I have to wait so long for the next one.
Read more
Report abuse

mrsvixter
5.0 out of 5 stars Another fantastic read
Reviewed in the United Kingdom on May 16, 2018
Verified Purchase
Loved this book
Great story
Hate waiting for next totally impatient
Read more
Report abuse

Kindle Customer
5.0 out of 5 stars Fantastic book well written
Reviewed in the United Kingdom on April 6, 2018
Verified Purchase
Yet another story that gets you feeling as if you know the characters. The humour and sexiness of the doms is really heartfelt my daughter thought I had gone crazy I kept. Lol can't wait for book no.2
Read more
Report abuse

Natalie
5.0 out of 5 stars Recommend
Reviewed in the United Kingdom on April 20, 2018
Verified Purchase
Have been waiting for this story and it didn’t disappoint
Read more
Report abuse
See all reviews
Back to top
Get to Know Us
Make Money with Us
Amazon Payment Products
Let Us Help You
EnglishChoose a language for shopping. United StatesChoose a country/region for shopping.
© 1996-2021, Amazon.com, Inc. or its affiliates