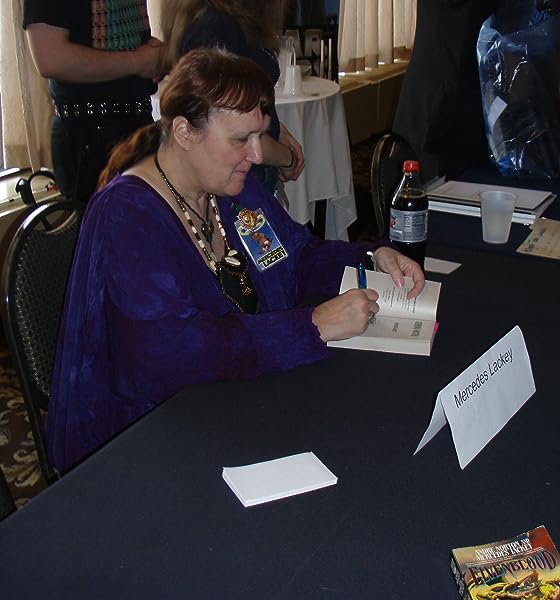 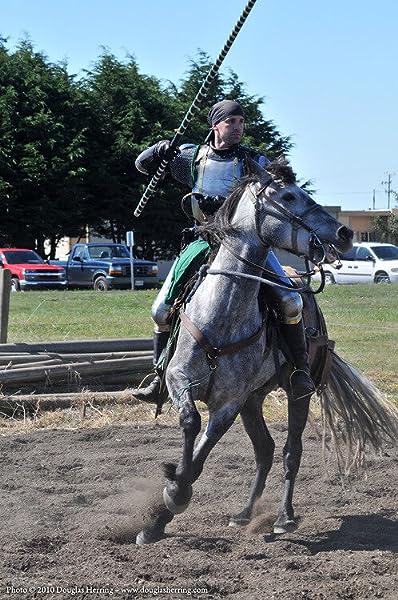 by Mercedes Lackey (Author)
4.6 out of 5 stars 274 ratings
Book 12 of 16: Valdemar
See all formats and editions
Sorry, there was a problem loading this page. Try again.

The twelfth anthology of short stories set in the beloved Valdemar universe, featuring stories by debut and established authors and a brand-new story from Lackey herself.

The Heralds of Valdemar are the kingdom's ancient order of protectors. They are drawn from all across the land, from all walks of life, and at all ages--and all are Gifted with abilities beyond those of normal men and women. They are Mindspeakers, FarSeers, Empaths, ForeSeers, Firestarters, FarSpeakers, and more. These inborn talents--combined with training as emissaries, spies, judges, diplomats, scouts, counselors, warriors, and more--make them indispensable to their monarch and realm. Sought and Chosen by mysterious horse-like Companions, they are bonded for life to these telepathic, enigmatic creatures. The Heralds of Valdemar and their Companions ride circuit throughout the kingdom, protecting the peace and, when necessary, defending their land and monarch.

Now, twenty-three authors ride with Mercedes Lackey to her magical land of Valdemar, adding their own unique voices to the Heralds, Bards, Healers, and other heroes of this beloved fantasy realm.
Read more
Previous page
Next page

"A Borrowed Life: A Novel" by Kerry Anne King for $8.99
From the Amazon Charts bestselling author of Whisper Me This comes an emotional and sharply witty novel about how life’s unexpected detours can ultimately bring you home.| Learn more

Praise for the Valdemar anthologies:

“Fans of Lackey’s epic Valdemar series will devour this superb anthology. Of the thirteen stories included, there is no weak link—an attribute exceedingly rare in collections of this sort.
Highly recommended.” —The Barnes & Noble Review

“Lackey’s delightful world of magic is inhabited by strong and believable men, women, and creatures, the most enchanting being the gryphons.” —Publishers Weekly

“Each story brings unique ideas that carry on the fantastical elements from the world created by Lackey. Fans new and old will step into a literary world that’s unlike any other and will be sucked into tales that will take them on wondrous journeys.” —RT Reviews

Mercedes Lackey is a full-time writer and has published numerous novels and works of short fiction, including the best-selling Heralds of Valdemar series. She is also a professional lyricist and a licensed wild bird rehabilitator. She lives in Oklahoma with her husband, artist Larry Dixon, and their flock of parrots. She can be found at mercedeslackey.com or on Twitter at @mercedeslackey.

With Sorrow And Joy
Phaedra Weldon

Kim Deister
5.0 out of 5 stars Great addition!
Reviewed in the United States 🇺🇸 on May 9, 2022
Verified Purchase
There is little I love more in my reading life than to fall into Mercedes Lackey’s world of Valdemar. It’s a magical place, not perfect, but a place where good really does triumph. This collection of tales, like the others in this series, are full of adventure and magic. The stories are written by a variety of authors, all of whom clearly adore the world as much as I do. A great addition to the Valdemar world!
Read more
Helpful
Report abuse

Bruce Wilson
4.0 out of 5 stars Not a good first taste of Valdemar, but indespensible for an established fan.
Reviewed in the United States 🇺🇸 on February 2, 2019
Verified Purchase
As in any such anthology, some stories were better than others. Some really didn't feel like Valdemar stories; a few put in a Herald in a minor role, almost as though s/he was put in just to make an alreayd-written story as eligible.

There are some authors that have appeared in previous anthologies who have re-used origiinal characters and/or have written stories as sequels to previous ones. There have been enough that Ms. Lackey might want to consider collaborating in tieing them up into novels; much as Marion Zimmer Bradley did in some of the later Darkover books.
Read more
Helpful
Report abuse

Rusty
4.0 out of 5 stars Didn't quite measure up.
Reviewed in the United States 🇺🇸 on November 28, 2018
Verified Purchase
Okay to be fair part of my problem ,is that this collection, didn't have some of my favorite characters. I always look forward to stories about Ren the Changechild and his family. Or the Bard and Healer sisters. The other stories with familiar characters, like the Dann family or the Rethwellan lady given land in Valdemar were kind of boring. I kind of wonder if these guest authors are tired of Velgarth. Sometimes, I even get the impression Mercedes is tired of Velgrath. I hope not! I don't think I will ever tire of the world of Velgarth!
Read more
One person found this helpful
Helpful
Report abuse

B. Harris
5.0 out of 5 stars Good Stories
Reviewed in the United States 🇺🇸 on December 13, 2018
Verified Purchase
If you are a fan of the Valdemar series you will probably enjoy this book.
Several of the authors have written stories for previous anthologies and the selection in this book features characters introduced before. I really enjoyed these stories. Of course some are better than others. I'm not usually a fan of anthologies but I like the realm of Valdemar and look forward to each new book. If you are new to this continuing story I suggest you read the first few books in the series beginning with Arrows of the Queen, which introduces Valdemar and it's unique characters, before starting with this book. Enjoy.
Read more
One person found this helpful
Helpful
Report abuse

Roberta H. de Regt
4.0 out of 5 stars Another fun Valdemar anthology
Reviewed in the United States 🇺🇸 on May 24, 2019
Verified Purchase
Lots of disparate short stories with some stronger than others. The best ones leave you wanting more! These blend nicely the real world of villagers not knowing how to deal with the magic world of Heralds. Lackey has put together an amazing group of authors.
Read more
Helpful
Report abuse

Marina L.
4.0 out of 5 stars Good book to get to get to know various authors
Reviewed in the United States 🇺🇸 on March 15, 2020
Verified Purchase
Got the book in a reasonable amount of time. It was as described. Still reading it but the stories are good. =0)
Read more
Helpful
Report abuse

David Sacco
4.0 out of 5 stars True to form
Reviewed in the United States 🇺🇸 on February 17, 2020
Verified Purchase
Each of these authors did a good job of staying faithful to the Valdemar universe.
Read more
Helpful
Report abuse

E. Collins
5.0 out of 5 stars Valdemar - always a good place
Reviewed in the United States 🇺🇸 on April 19, 2019
Verified Purchase
I always depend on Mercedes Lackey to make great choices when she puts her name to a collection of stories by other authors who love Valdemar as much as she does. Familiar places with characters we haven't met before, or side stories of some history that we have enjoyed... I wouldn't want to miss any of these stories.
Read more
Helpful
Report abuse
See all reviews

P. BOOTH
5.0 out of 5 stars Tales of Valdemar
Reviewed in the United Kingdom 🇬🇧 on February 3, 2019
Verified Purchase
Love these compilations they expand the story of Valdemar and give another take on what has been told in other stories, the different writers which tell the stories all give good tales to join in with the others
Read more
Report abuse

DancesWithHorses
5.0 out of 5 stars Another great anthology
Reviewed in the United Kingdom 🇬🇧 on February 14, 2019
Verified Purchase
As always, the different perspectives and styles are fascinating
Read more
Report abuse

Katja Moser
3.0 out of 5 stars Not really short stories but reads more like chapters from longer works
Reviewed in Germany 🇩🇪 on December 3, 2018
Verified Purchase
I had the same issue with the last few issues of these collections as well. They are mostly about recurrent characters and do not stand on their own. Which is fine if you happen to remember all the details in the individual stories that came before, less so, if you do not. I like most of the stories told, which is why I keep buying. But basically one would need to do a reread of all the stories that came before to refresh ones memory. Also most of the stories are somehow open ended, you get a glimpse and some closure on the immediate storyline but the overall arc is just not finished. That is not what I expect of short stories or at least then they should be in a collection done by author and cast of characters, not one story per year.
So does this collection make good reading? Yes it does, hence 3 stars. But you need to enter it with the right expectations and wait another year for most of the stories to be continued.
Read more
Report abuse

veronique lovejoy-olivier
5.0 out of 5 stars to Know how to read in English an having pleasure doing so
Reviewed in France 🇫🇷 on December 26, 2018
Verified Purchase
Reading of course nice to follow a storie through many years in original edition
Read more
One person found this helpful
Report abuse
See all reviews