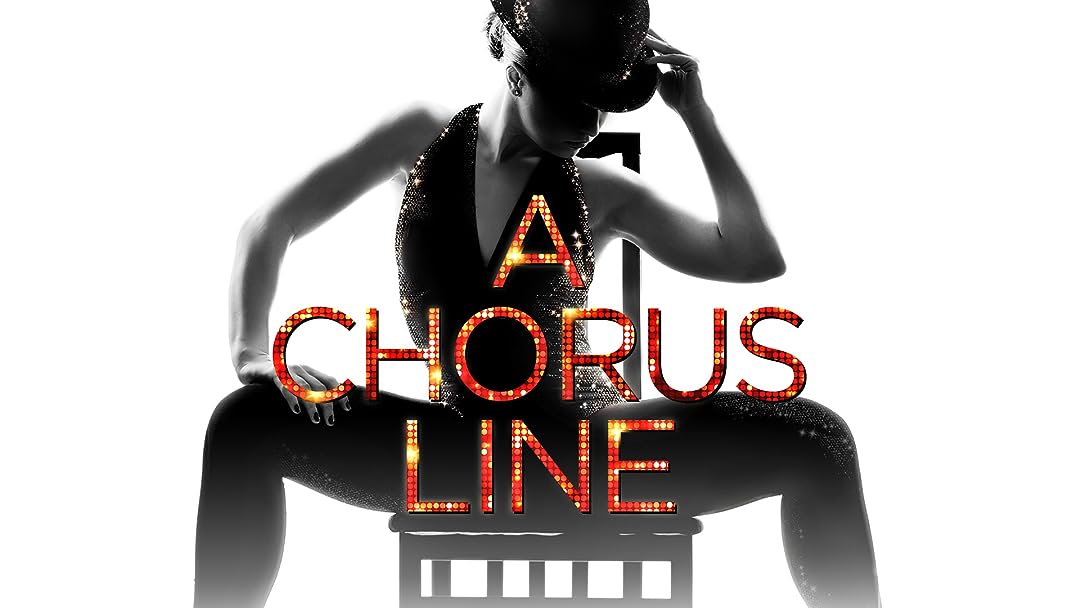 (3,530)
1 h 57 min1985X-RayPG-13
After narrowing down hundreds of Broadway hopefuls, choreographer Zach (Michael Douglas) leads a select group of dancers on an audition that could change their lives forever in this stunning adaptation of the hit Broadway musical.

Cat JenkinsReviewed in the United States on February 2, 2020
2.0 out of 5 stars
a bit disappointed
Verified purchase
I'm puzzled why they changed some of the most engaging songs that originated in the stage play. "The Music and the Mirror" has morphed into a charmless, sad, second cousin of itself. Some of the lines in the original songs are edited out (...thanks to sis, now married and fat...I can do this...I can do that) and the loveliest song of all, "Kiss Today Goodbye" is given short shrift and is almost an afterthought. Guess I'll have to find the original Broadway cast album to really appreciate this amazing show, because the CD version doesn't do it justice.
15 people found this helpful

bloodhound 1955Reviewed in the United States on September 25, 2021
3.0 out of 5 stars
Nothing like the stage show, don't bother unless you just like the music
Verified purchase
I had remembered little about this movie, but saw the stage show in LA in the 80's. They changed the story for the movie. Different characters sing some of the songs, which changes the story a bit. Also, they eliminated a song and substituted one. This is less racially stereotypic, but it isn't as good. Very disappointing to watch nearly 40 years later. I will stick to listening to the Broadway soundtrack.

rotrohaReviewed in the United States on November 5, 2021
1.0 out of 5 stars
Horrible beyond belief
Verified purchase
I didn't even make it beyond 30 minutes of this movie before finally throwing in the towel and turning it off. I watched it because it was apparently a highly-rated play and it's rated so highly on Amazon. I have not seen the play on the stage, so I have nothing to compare it against. If there was a plot, it certainly was not evident in the first half hour. The songs performed in those first 30 absolutely excruciating minutes were horrible. I wanted to stick bamboo shoots in my eardrums. The characters and their behavior were not at all believable. Just a horrible, horrible movie all the way around. I'm glad I ended my misery early.
3 people found this helpful

Joshua GlowzinskiReviewed in the United States on August 13, 2021
3.0 out of 5 stars
I loved so much of this movie.
Verified purchase
I took this out and sat it in front of my TV stand. I kept wanting to watch it but had shows I recorded on my DVR to watch first. The day finally came, and I watched the movie. Here are my thoughts.

I loved it. I started getting into Broadway stuff a few years ago after watching High Anxiety. I started to love musicals. So, the singing and dancing on the movie took my mind from my reality and brought me right to the stage. I would love to be on Broadway. But being 36 I think it too late.
The characters talking about their lives really made me feel a connection. They were just normal people trying to get a job. They all had such different voices. I loved it. Two women in the movie I think are two of the most beautiful women I will ever see. One was a main character who arrived later in the movie and the other had big eyes and really didn’t get as much screen time.
I liked the fact that the movie was made the year I was born. I kept imagining myself seeing it in the theater. I would have gone back to see it, I think. That is how much I liked the music and dancing.

After the movie was finished I kind of ask myself what the point was. I get it, they were trying to be part of something and find jobs and one of the men oversaw it all and a bit nut. But was there really any meaning behind any of it? It really didn’t go anywhere. In the movie you are seeing them trying to get in. That is, it. Not much of a story outside the place. I just think it could have gone deeper and gotten more into the main characters life as well as the life of the women that he knew so well. They showed scenes of them in the past. Which was rather confusing.

I just think the story could have been a bit deeper.

Austin MurphyReviewed in the United States on March 14, 2021
2.0 out of 5 stars
dreary production of a classic musical
Verified purchase
A musical is supposed to have singing and dancing and just enough story to hold everything together.
The wildly popular and long running stage production is a great example of this. Somehow the producers of the movie thought it would work better to cut back on the singing and dancing and to pad out the story with a bunch of filler. For example, we have such gems like: turning a reading lamp on and off repeatedly, walking back and forth without speaking, sighing, talking on a telephone, pulling sad faces, hiding in different places off stage, and so on.

Casting Michael Douglass as one of the least interesting characters was pointless. The rest of the cast was hit and miss.

Some of the numbers were enjoyable, but they didn't add up to enough to seriously redeem the movie.
2 people found this helpful

RicoReviewed in the United States on June 12, 2013
4.0 out of 5 stars
We're lucky to have this
Verified purchase
I've read in former Amazon reviews that this movie - based on the original Broadway play - does not capture the magic of the live stage experience - but unless you snagged a video of that theatrical experience, what are you waiting for? This movie version captures the essence of the play, the earnest desire and need of the hopefuls to land a role doing what they do best: sing and dance in live performance! Here we can enjoy in up-close performance beloved numbers like Everything Is Beautiful at the Ballet. Even better, lyrics and music by Marvin Hamlisch added the gut-wrenching opening song I Hope I Get It to swiftly clue us in what's at stake here: it's more than a job, and they want it so badly! The the pacing and dance numbers are great - straight through to the full case flash dance of "One" (Singular Sensation) at the very end. Michael Douglas is perfect as the dominant puppet-master/director - you feel his power and sex-appeal - and the underlying story of him, former stars now company hopefuls, and the casting couch, still smacks of the real workings of theatre politics and the price we sometimes pay to play.

Why not add this DVD to your collection and relive YOUR afternoons when you wanted a job or a date or a game so badly you felt the world held its breath while you hung on someone else's decision. Human drama, set to song and dance. Enjoy.
34 people found this helpful

NetteGhm-todosReviewed in the United States on October 20, 2021
5.0 out of 5 stars
all things considered
Verified purchase
I have discovered with that some classics such as this one, that when they go from the original to a platform such as Amazon, etc. etc. it's changed and reformatted etc etc. With that being said, this will do and it was pretty good!
Because I had seen parts of or many of the originals, I get the general idea of it all. It reminded me of my time spent in NYC and waiting in line for tickets (I just dated myself) for that I'm appreciative of it being on Amazon. The one I want to come to Amazon is CATS. So thank you Amazon and others for the memories:)
One person found this helpful

mikeReviewed in the United States on July 15, 2018
5.0 out of 5 stars
Well done
Verified purchase
Bought this as a gift for my wife. She loved watching it as a teenager when it first came out. I saw the Broadway performance some time ago, so I was curious to watch it as well. It was pretty good, of course it isn't like seeing it on the stage at the Shubert Theater in the 80's! But if you like musicals it is definitely worth a view... or 100 if you are like my wife.
10 people found this helpful
See all reviews
Back to top
Get to Know Us
Make Money with Us
Amazon Payment Products
Let Us Help You
EnglishChoose a language for shopping. United StatesChoose a country/region for shopping.
© 1996-2021, Amazon.com, Inc. or its affiliates