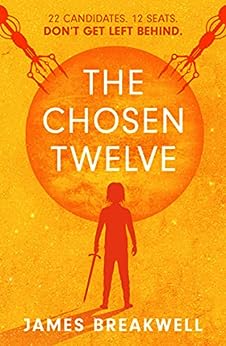 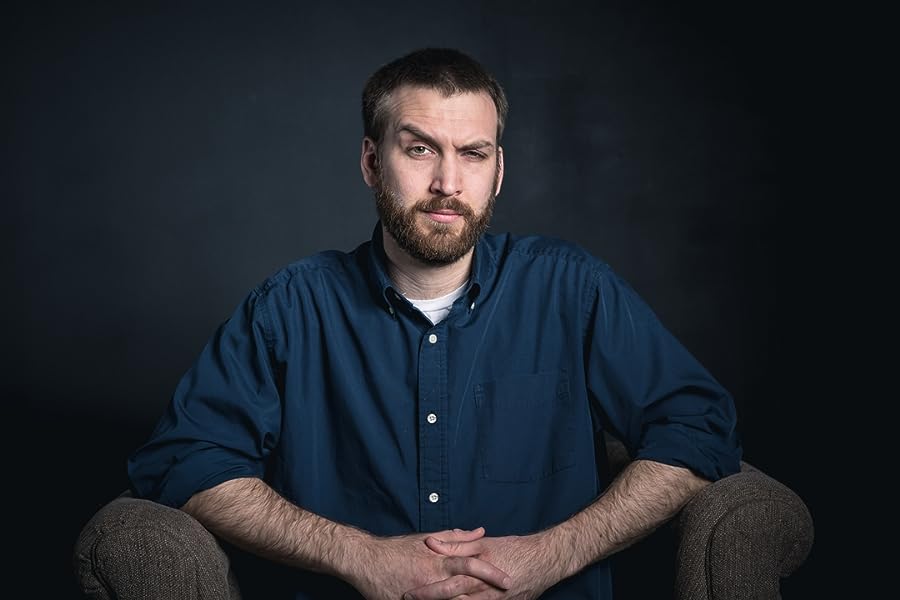 There are 22 candidates. There are 12 seats.

The last interstellar colony ship is down to its final batch of humans after the robots in charge unhelpfully deleted the rest. But rebooting a species and training them for the arduous task of colonisation isn’t easy – especially when the planet below is filled with monsters, the humans are more interested in asking questions than learning, and the robots are all programmed to kill each other.

But the fate of humanity rests on creating a new civilization on the planet below, and there are twelve seats on the lander. Will manipulation or loyalty save the day?

“Had me fully on board in the first couple of pages, sticking with me long after finishing.” -- Frank Fleming, author of Superego ― Frank Fleming


'Breakwell’s examination of society is as precise and pointed as his humor, taking readers on a roller-coaster ride to a bittersweet conclusion.' -- Publishers Weekly ― Publishers Weekly --This text refers to the paperback edition.

James Breakwell is a professional comedy writer and amateur father of four girls, ages ten and under. He is best known for his family humor Twitter account @XplodingUnicorn, which has more than a million followers. He has published three comedy parenting books that explore hot button issues like the benefits of doing as little as possible and the best ways to protect your child from zombie attacks. His fourth book, Prance Like No One’s Watching: A Guided Journal for Exploding Unicorns, teaches kids to find humor in the world around them while also avoiding the undead. The Chosen Twelve will be James' science fiction debut. He lives in Indiana, US. --This text refers to the paperback edition.

James Breakwell is a professional comedy writer and amateur father of four girls, ages eight and under. He is best known for his family-humor Twitter account @XplodingUnicorn, which boasts more than one million followers and has been featured on media outlets around the world. He also writes a parenting column for the IndyStar, where he antagonizes overachieving parents everywhere.

James's first book, Only Dead on the Inside: A Parent's Guide to Surviving the Zombie Apocalypse, has saved thousands of lives since it's release in October 2017. To date, not a single person who's read it has died in a zombie attack.

M. Hanks
5.0 out of 5 stars enjoyed the ride!
Reviewed in the United States on January 22, 2022
Verified Purchase
I have read and enjoyed J Breakwell these past few years and have read sci fi for decades. So, when he announced publication of The Chosen Twelve I was in. As usual with science fiction, if I summarized the plot it would sound lame. But when you are in the middle of Delta’s, Gamma’s and the others lives, you are captivated. 22 humans living on a decaying moon base with various crazed AI’s? Totally absorbing. 60+ years of experience trapped in the bodies of 12 year olds? No problem. I highly recommend you too lose yourself in this new universe.
Read more
One person found this helpful
Helpful
Report abuse

Ruth E. Griffin
5.0 out of 5 stars Mature and immature at the same time
Reviewed in the United States on February 21, 2022
Verified Purchase
I don't usually read young adult books, but once I got into the story, I was sucked in. All the characters (the remaining AIs and twenty-two 'organics') were well-developed, as was the world. There wasn't a whole of description, but I felt there was enough to 'see' what was going on. The book (and the themes explored) was surprising mature for its genre. At the same time, it was appropriately immature, as the characters were perpetual twelve-year-olds. The tale was engaging until the end. Highly recommended.
Read more
One person found this helpful
Helpful
Report abuse

XUmusky
5.0 out of 5 stars So fun
Reviewed in the United States on February 22, 2022
Verified Purchase
Evil AI, teen romance, immortality, and sword fights with ghost-inhabited robots... Doesn't get much better. This was such a cool book. Older kids could read it, but I really appreciate that it didn't shy away from INTENSE action. I've seen the "Lord of the Flies" comparison thrown out there, but I'd like to think it's more: Black Mirror + Kill Bill + The Breakfast Club. This story left me hungry for more (vaguely cherry flavored rations). I hope there's a sequel.
Read more
One person found this helpful
Helpful
Report abuse

KELLY A. MCGILL
5.0 out of 5 stars That was one hell of a ride
Reviewed in the United States on January 26, 2022
Verified Purchase
I follow this author on FB and thought I’d give the book a shot since I enjoy his humor. The book starts off with a great opening line and had me hooked from the beginning. It was full of humor and deep dives into the minds of humans. And then it got dark. And I was not disappointed. Absolutely recommend this book.
Read more
Helpful
Report abuse

Heather Conley-Vaverchak
4.0 out of 5 stars Thrilling and fun
Reviewed in the United States on January 27, 2022
Verified Purchase
Breakwell’s first foray into YA literature was a success! Jam-packed with action, adventure, emotion, and robots, this book is a thrilling and fun read.

Although sometimes the intense, fast-paced plot lost me—intentionally?—and the number of characters to follow (22+) was difficult to keep track of, this book got me out of my reading slump and had me hooked from start to finish… We’re talking the almost-called-out-of-work kind of hooked.

Keek
5.0 out of 5 stars Fantastic!
Reviewed in the United States on January 19, 2022
Verified Purchase
I obsessively follow James Breakwell via Facebook since he is hilarious. Third daughter Lucy is my spirit animal. His other books are funny, but this one hit just right for me in the scifi/post-apocalyptic genre. The characters were well written, the storyline engaging, and in complete James Breakwell fashion- funny. How soon can I expect a sequel?
Read more
Helpful
Report abuse

Wolverine
5.0 out of 5 stars Intense
Reviewed in the United States on February 22, 2022
Verified Purchase
Intense. Thrilling. A book you want to continue on for just-a-few more chapters instead of ending. Will be sharing this with my 14yrold grandson….not expecting him to return it.
Read more
Helpful
Report abuse

Jgiove
5.0 out of 5 stars Such a good book!!!
Reviewed in the United States on January 29, 2022
Verified Purchase
This book had me from page one!
Read more
Helpful
Report abuse
See all reviews

Sean
5.0 out of 5 stars From the opening line this just gets better and better
Reviewed in the United Kingdom on February 11, 2022
Verified Purchase
Seriously this is the best, most intriguing, opening line ever and the rest of the book continues in the same vain.
More twists and turns than you can count, and you’re left on the hook until the last page.
Brilliant, can’t recommend enough!
Read more
Report abuse

Wanda Milner
4.0 out of 5 stars For Waffle
Reviewed in Canada on January 28, 2022
Verified Purchase
Your dad wrote a great book. I enjoyed it. Teens up would be able to read and enjoy. Interesting concept of keeping them young. I really loved Spenser. Hope you write another one. Maybe a follow up of life on the island?
Read more
Report abuse
See all reviews