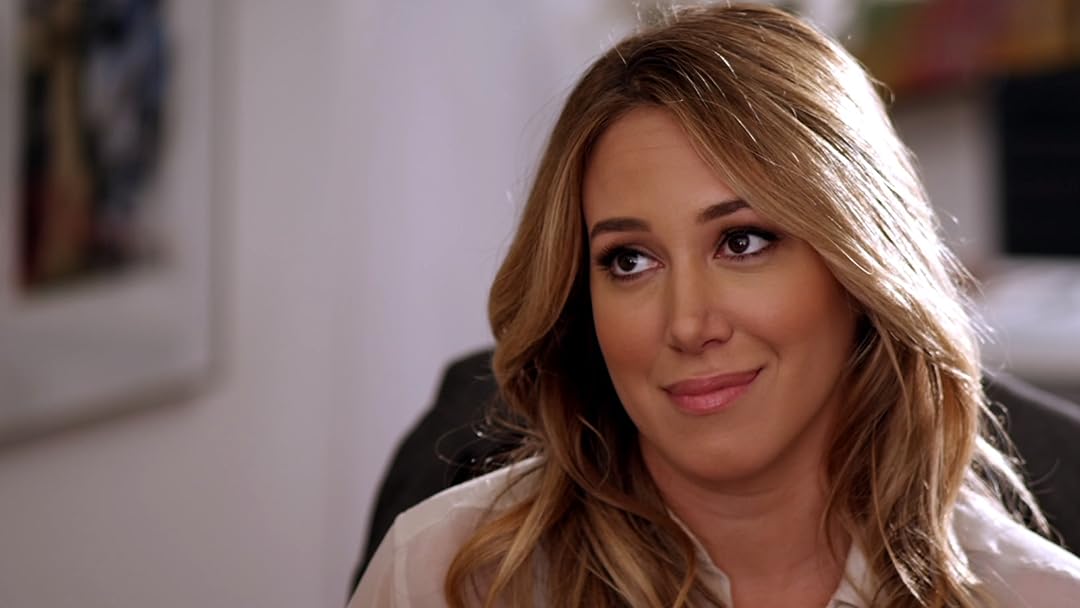 (265)5.31 h 27 min2014NR
It's almost Christmas, and Belle has to leave her California hometown behind to head up north on business. The auction house Belle works for must catalog the estate sale of a large mansion. Her client, Hunter Lowell, is rumored to have a sharp tongue and a hot temper. Belle gets to work, and while the job is a dream, the client is not.

Leaves Prime in 13 daysRentals include 30 days to start watching this video and 7 days to finish once started.

J. JamesReviewed in the United States on December 18, 2020
1.0 out of 5 stars
Constant music ruins this movie
Verified purchase
Seems like a nice little movie, but the abominable music underscoring every scene ruins it. In many places the music is so loud, you cannot hear the actors. And if that weren't bad enough -- the underlying music is ALWAYS inappropriate to the scene. It is as if muzak from a nearby elevator was inadvertently plugged into the movie's soundtrack. I suspect that what happened was this: a problem with the audio was discovered in post production, so they had to add music to cover it up.
One person found this helpful

MagdalaReviewed in the United States on August 25, 2020
2.0 out of 5 stars
Dry and boring with no chemistry between the actors
Verified purchase
I love a good cheesy Christmas movie especially with a disney twist but the acting, the pace of the movie, and the lack of chemistry between the actors was horrendous. I kept fast forwarding through parts and the ending was so horribly acted that it made it lose one whole star. The dog was the best part of the movie and he disappeared in the third act of the movie
One person found this helpful

PageturnerReviewed in the United States on December 15, 2014
2.0 out of 5 stars
Background music EXTREMELY loud!
Verified purchase
Actually I thought the movie was kind of cute. I went into it knowing it was based on "Beauty and the Beast." However, what I couldn't get past was the music. The so-called background music was so extremely loud in some places that I couldn't hear what the actors were saying. I got through it just to see how it ended, but the chances of me watching this again are slim. And that's a shame because I love Christmas movies.
16 people found this helpful

Amazon CustomerReviewed in the United States on February 5, 2021
3.0 out of 5 stars
Terrible music.
Verified purchase
I really want to like this movie. The actors are very good and the story line is charming. BUT the non-stop background church music make is very hard to watch. And why do we need to see one of the actors running shirtless throughout the movie. It's a shame because this could have been a great movie.

Jack CReviewed in the United States on January 15, 2021
1.0 out of 5 stars
Sexual Harassment is not funny.
Verified purchase
I immediately stopped watching the Movie at the Opening Scene when the guy was sexually harassing the female actor to go on a date. Terrible writing. They were trying to portray that scene as funny, Sexual harassment is not funny. No means No. I hope someone doesn’t watch this film and think it’s okay to treat another person like this in a work environment. As a victim of sexual harassment I was made very uncomfortable by that scene.
One person found this helpful

WHReviewed in the United States on November 22, 2020
1.0 out of 5 stars
One of the worst ( Christmas ) movie ever
Verified purchase
Actors, specially the woman with the boyfriend story and not saying clear what's going on, are annoying.
One person found this helpful

Louise RicciReviewed in the United States on December 25, 2015
2.0 out of 5 stars
Frightening Idea of a Feel-Good Christmas Story
Verified purchase
I would have given this movie one star or no stars, but I have to give the actors props for trying. I agree with most everything being said: Bad transitions between scenes, unnecessary shots, etc.

What was frightening was the so-called boyfriend from home. It's 2015. If you wanna have a stalker, make a thriller, not a Christmas love story. It was gross and disgusting. The guy asked another women on a date immediately after Belle turned him down. And the father with no backbone, going along with Tony simply because Tony says he "loves" her? It's not the middle ages and parents don't force relationships on their children.

I can't believe Hallmark aired this movie. I hope they learned their lesson with this one.

GRANNY 946Reviewed in the United States on April 6, 2019
4.0 out of 5 stars
Cheers of neighborly conquers
Verified purchase
Christmas story between a person supposedly selling his grandparents house until a Real Estate Librarian showed him along with some of the towns people a spirited solution to his sub-meaningful life.
2 people found this helpful
See all reviews
Back to top
Get to Know Us
Make Money with Us
Amazon Payment Products
Let Us Help You
EnglishChoose a language for shopping. United StatesChoose a country/region for shopping.
© 1996-2021, Amazon.com, Inc. or its affiliates