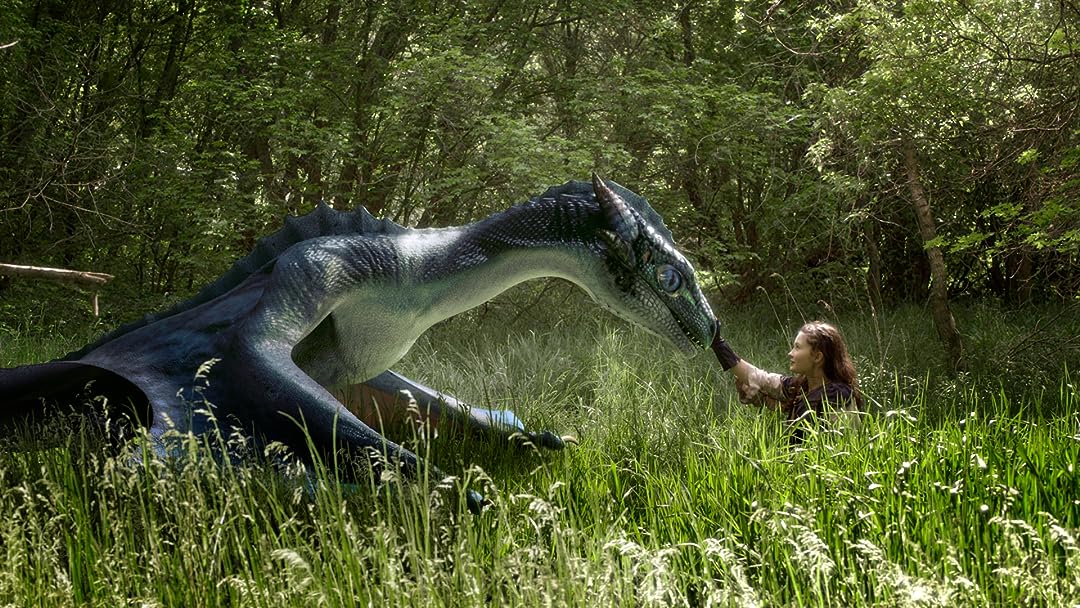 (399)
4.61 h 45 min2014ALL
Father Christmas is a fading memory, after Christmas hasn't come for several years. A young orphan girl receives a magic crystal from a dying elf, with a warning that the North has lost its magic, and that she alone can save Christmas.

Anne ShirleyReviewed in the United States on December 5, 2019
1.0 out of 5 stars
Beware!! Scary, freaky and traumatic!!!
Verified purchase
The cover looks like a magical Hallmark feel-good Christmas movie-- perfect for our family to enjoy together... But it was NOT!

I could not believe they burned the parents alive in front of their bawling, bleeding daughter within the first five minutes of the movie. And then comes the magic Santa elf that turns into a freaky devil monster that may have ruined my kids forever. They said they didn't feel good watching it and asked to turn it off. I totally agreed and apologized profusely.

This is terrible, blatantly deceptive marketing. Who is the intended audience for a horror children's Christmas movie?? Do not trust this cover or description!

In the opening scene a young girl is bleeding out from her arm and screaming while her parents are burned to death by a dragon. There is violence throughout the movie. And child slavery is a main component of the plot. These are reasons why I don't think most young kids should see this movie.

deesnapReviewed in the United States on December 30, 2020
5.0 out of 5 stars
Not bad, at all!
Verified purchase
A nice change of Christmas movie for older teens and young adults still willing to watch a movie with mom and dad. If they can watch “Hunger Games,” they will be ok with this which is far less violent and dark but in the same vein. This is not going to teach the true Christ story but it does uphold some noble sentiments about family, marriage, orphans, service to others, etc. It is fantasy but doesn’t introduce bizarre theology, and churched kids should be able to easily parse biblical truth from the fantasy. No inappropriate language, bawdy jokes, or lascivious behavior. This is not top Hollywood quality...the budget is modest & the actors unknown to me. If your kids still think Santa in a red suit with reindeer is literal truth, then they are far too innocent for this movie which explores the aging of Father Christmas and the death of his wife...Chattel slavery...A couple is cooked by dragon breath offscreen but there are no screams or gore...A girl is almost killed by an arrow in the eye but is saved in the Nick of time. It is good for what it is...a dark medieval fantasy adventure for older kids who’ve had enough of singing elves.
4 people found this helpful

Witt WittersonReviewed in the United States on December 27, 2015
3.0 out of 5 stars
Maybe worth watching...
Verified purchase
I wish it had the financing of a big budget movie studio, as I think some of the annoying issues would have been smoothed out. It definitely seems like a labor of love for the filmmaker. Everyone 14 and up in my household thought it was 'kinda cheesy', but everyone under 14 seemed to like it. I really wanted it to have the magic of a Sandlot or Goonies. It tries, but misses slightly as the characters don't have time to be developed into their own personalities. (Except maybe for Fin, who delivers some good lines).

The good:
The cinematography and landscapes are at times, breathtaking.
The score and music are at times, on par with big budget movies
The special effects are manageable.
There are decent one-liners (mostly by Fin)
I like the idea of an adventure/quest movie with kids saving Christmas
Most of the actors were decent

The bad:
The plot itself stumbles along at times
The makeup/hair on the characters is odd - inspired by Pirates of Caribbean and Peter Pan and the Lost Boys?
The movie itself seems to 'borrow' plot lines from many different movies. My family and I made a game of how many different movie references we could pick out. For example, cutting the beehive down to get away from bad guys (Hunger Games).
There is very little Dragon in the movie, so the title is a bit misleading.

The ugly:
There are British accents, Irish accents and regular American accents which take away from the authenticity of the time period.
The acting by some is terrible, to the point I wondered how they might be related to the director.
20 people found this helpful

LaReviewed in the United States on December 27, 2020
5.0 out of 5 stars
A Christmas Kid Quest Movie. Not your ideal cute Christmas movie. But We loved it!!
Verified purchase
This movie was really good for a low budget film. I was extremely surprised at how great it was. Yes, the cover of the movie is a little misleading. It is a Christmas movie but more along the lines of a kids Lord or the rings or Dungeons and Dragons type feel. So, if that is not your thing don't watch it. My 10 year old nephew loved it. I wished they had a bigger budget because I am amazed at how well this was done. The story line was great as well. Definitely, would not watch with children under five unless they are into quest type movies. And yes the first scene is tough to watch for some if your kids are not into scary scenes fast forward. If you are expecting a regular Holiday movie this is not it the cover is misleading as mention. Which is probably why the ratings are low. But it was so good and I had to leave a review. Again this is more of an adventure quest move probably more so for kids 8+.
2 people found this helpful

C. BernardReviewed in the United States on December 14, 2019
5.0 out of 5 stars
Great family movie for approx. 8 and up!!
Verified purchase
This is a great movie for people looking for a Christmas movie that isn't Hallmark style! My husband and son get tired of watching the typical sappy Christmas movies...this was a perfect movie to mix it up a bit! **No swearing or obscene gestures, no nudity (a couple brief kissing scenes), great lessons about kindness and generosity, and no gore shown.** There is a scene in the beginning of the movie where people die, however it is not shown. My nine year old jumped at a few parts where it was meant to startle the audience but it wasn't actually scary. As many comments said the acting in a few parts is lackluster and it is not a big budget film, but it's still a great movie! I'm sure we will watch it many more times!
3 people found this helpful

Joseph H. AllardReviewed in the United States on June 30, 2018
5.0 out of 5 stars
Heartwarming
Verified purchase
in reading some of the reviews I find myself a little perplexed. Probably because I am a 71-year-old man who enjoys dungeons and dragons and Arrowstorm Entertainment. Personally, I loved the movie. I love Adam, Jake, Melanie, Eve and Nicola; and, all of the other actors and actresses associated with Arrowstorm. These people put their hearts and souls into these movies. And, sure, there are some flaws in their movies with dialogue, storyline, and action sequences. That goes with big budget movie too. If I am entertained I am good with it.
7 people found this helpful

Becca WildeReviewed in the United States on December 22, 2020
5.0 out of 5 stars
EXCELLENT indie holiday film for all ages!
Verified purchase
The last thing you expect to see from an indie fantasy film is to watch it somehow come up with a plausible Christmas-focused plot within its own unique world, and yet here they did it! Everything you love to see if you're fans of Mythica, The Shadow Cabal/Curse of the Dragonslayer, and other indie greats, all put together with a slight slant of the lost boys of Neverland and the best sleigh ride you never thought you'd see. Also, this is 10/10 the best version of Father Christmas/Saint Nick my daughters and I have EVER had the pleasure of seeing, we're all agreed!
See all reviews
Back to top
Get to Know Us
Make Money with Us
Amazon Payment Products
Let Us Help You
EnglishChoose a language for shopping. United StatesChoose a country/region for shopping.
© 1996-2022, Amazon.com, Inc. or its affiliates