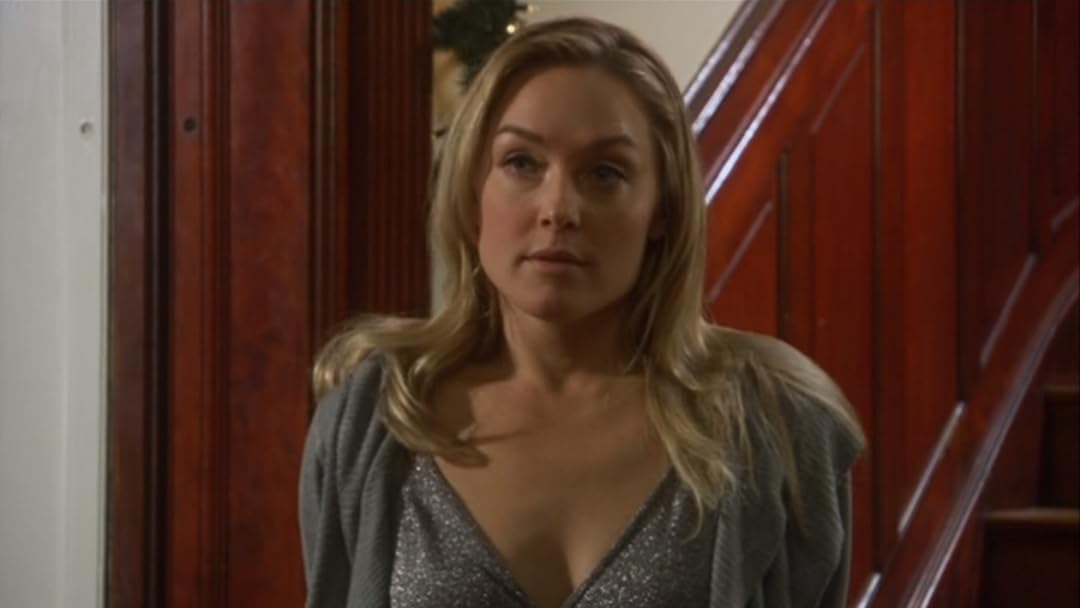 BillReviewed in the United States on December 30, 2016
5.0 out of 5 stars
Curl up on the couch with your significant "other", and treat yourselves.
Verified purchase
So,- OK.

I could pick this apart, if I wanted to, BUT I DON'T WANT TO. Call it a "chick-flick", call it whatever you want. I loved this movie. It was touching on so many different levels,- the girlfriend / roommate relationship, the cinematography / settings, the segments like the pizza "dinner" / carriage ride, and I could go on. Yes, I suppose the plot could have been stretched a little, but SO WHAT? Unlike a lot of the Christmas-genre movies, out there, this was one worth watching.

BBBBW54Reviewed in the United States on December 3, 2016
5.0 out of 5 stars
Great for movie night alone or with the girls!!!!
Verified purchase
Loved it; gave me all kinds of feels.Just what I wanted to watch tonight - a great Christmas themed romantic movie to get me in the holiday spirit. Realistic portrayals by all the actors especially the lovebirds and the roomies and as an extra plus had fun figuring out the other roles I had seen the cast in. Grab the popcorn and other snacks get comfy and select watch then enjoy!
10 people found this helpful

Amazon CustomerReviewed in the United States on December 25, 2016
4.0 out of 5 stars
My favorite of the cheesy holiday movies!
Verified purchase
Ok if you like cheesy, romantic Christmas movies, than this one is way better than most. Having teenage daughters, we go hunting for new Christmas movies, and find very few than we can even finish. But A Christmas Kiss, we have now watched for 3 straight years. These type of movies are like oatmeal: simple, sweet, and on the right day can really hit the spot:-)
I am a big fan of Charles Dickens, who is just casually mentioned in thus movie.
Another good Christmas movie is The Twelve Dates of Christmas, if you are on the search!
23 people found this helpful

Amazon CustomerReviewed in the United States on November 30, 2019
5.0 out of 5 stars
Great story, great cast!
Verified purchase
I love this one! It all starts with a spontaneous earth-shattering kiss that our heroine, dressed as a sugar plum fairy gets from a handsome stranger, in a falling elevator! They both experience that immediate connection and “spark” you get when you find your soulmate, but, of course, she runs off before they exchange names. Unfortunately, men are not too observant, and he doesn’t recognize her when he sees her again, but he feels a connection, and isn’t sure why. Complications, of course......her boss is his girlfriend!
I think you will enjoy this Christmas love story. I’ve already watched it, repeatedly!
The entire cast is wonderful!
3 people found this helpful

Amazon CustomerReviewed in the United States on December 23, 2013
5.0 out of 5 stars
A lot of spark in the end
Verified purchase
This is a somewhat typical TV movie about a holiday romance. It's fairly low budget and does involve some cheesy acting and scenes here and there. However, in spite of a rocky start, this one ends up being pretty likable in the end. It is the story of a nice girl who works for an incredibly selfish, overbearing and abusive boss. At the beginning of the movie, she is dressed up in costume to go to a party. In a strange turn of events, she is in an elevator with a handsome rich guy. When the elevator malfunctions, they end up kissing without knowing who they are and then go their separate ways. It turns out the guy is her boss' finacee, but he doesn't end up recognizing her in her everyday attire. Over the course of the movie, she ends up being forced to work at his house because she and her boss have agree to decorate for the holidays. Inevitably, they bond and he remembers the kiss in the elevator without knowing the identity of the girl. Without spoiling the ending, suffice it to say that it is similar to many other movies like this. There are a few scenes here and there in the move that are a bit implausible and the girl's boss is so horrific, she is almost not believable. Other than that, it is a well-done low-budget film. There is a ton of chemistry between the main characters and you find yourself really hoping they end up together. If you watch this more as a loose retelling of the Cinderella tale rather than a realistic real-life story, it works. I would recommend this is you like clean feel-good Christmas stories.
9 people found this helpful

Rhonda MReviewed in the United States on November 19, 2019
5.0 out of 5 stars
Entertaining and not too shmaltzy
Verified purchase
After reading through the one-star reviews I've come to the conclusion that there are a lot of people who take Christmas movies way too seriously.

I've watched this movie every year for at least the last five years, if not since it's release. It's five-star rating is based on Christmas movie quality, which I'm far more lenient with than I am other films. It's a cute movie with a good enough cast (some are better than others) and a story that is not over-the-top cheesy.
3 people found this helpful

TXBRITGALReviewed in the United States on January 17, 2013
5.0 out of 5 stars
great fun to watch!
Verified purchase
One of the few Christmas films that one could truly watch anytime of year. Well written, and the acting was spot on. Not overdone or heavy handed acting, just natural and heart warming. I lived the scenes where we see split screen of the 2 clueless lovebirds in their own beds at same time. Hysterical to see them both doing the same thing, yet having no clue this is the case. A sweet love story I look forward to watching many times no matter what time of year. I loved the young actress who played the main female lead. The one who pines for the boyfriend of her boss. I look forward to seeing her in many other projects. Brendan Fehr I have adored since Roswell. I find I enjoy most projects he participates in. I must say I enjoyed seeing him in this old fashioned live story. Ironically felt like a Victorian live story but in modern times as both seemed clueless to their true feelings. Yet the audience could see them pulled closer together even if everything possible was thrown in their paths as romantic hurdles. We find ourselves really cheering them on. At the same time, really hoping the main characters vapid and annoying boss (played by the delightful Elizabeth Rohm ) gets her true come uppance. Fun movie filled with love, laughter, friendship and much more. I highly recommend watching this. It is now part of my favorite Christmas movie collection. Even better is its also part of my favorite subsection of Christmas films that are so good I can watch any time of year (like "season of miracles" by Hallmark with Carla Cugino and actor from 'ghost whisperer' who played Jennifer love Hewitt's husband).
2 people found this helpful

Thomas C. FletcherReviewed in the United States on December 13, 2014
5.0 out of 5 stars
A wonderful Christmas romance
Verified purchase
This is a very nice Christmas romance that's suited for people who like such things; it's long been my experience that the movie industry does romances better than it does many other things, and this movie is proof of that.
It starts with a common theme: two people contemplating marriage until one of them meets someone else who just seems a whole lot somehow, maybe, better for them. They think more alike; they like, even love, the same things; and that other person is just not quite what they seemed anymore. And when this new person turns out to be working for the fiancee, well, it makes for a very nice tale indeed.
There are some very nice scenes, Christmassy and otherwise, some nice holiday music and some nice chemistry between, not only the main stars, but many of the cast. There are funny parts and slightly sad parts -- if you like these kinds of things, you may very well like this movie. I have twice now.
3 people found this helpful
See all reviews
Back to top
Get to Know Us
Make Money with Us
Amazon Payment Products
Let Us Help You
EnglishChoose a language for shopping. United StatesChoose a country/region for shopping.
© 1996-2022, Amazon.com, Inc. or its affiliates