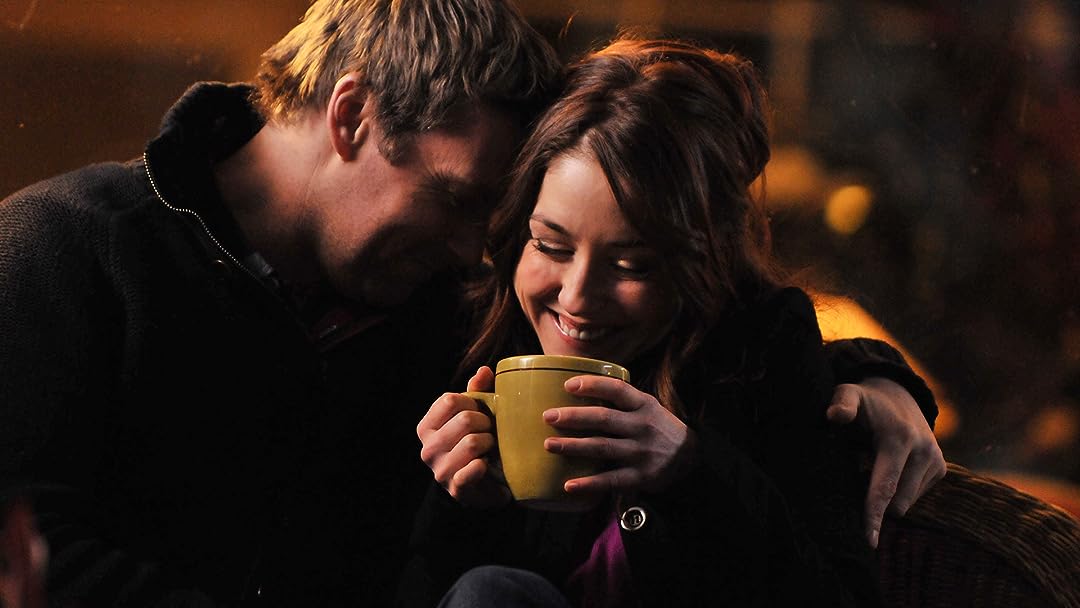 (4,086)
6.01 h 29 min2011X-RayG
During a weekend trip to the mountains, Mary finds herself at the now run-down lodge where she spent the holidays with her family growing up. She becomes determined to restore the building to its former glory. Inspired by her grandfather and guided by her grandmother in heaven, Mary throws herself into the project.

veggiespamReviewed in the United States on December 13, 2016
3.0 out of 5 stars
Stargate SG-1: The Retirement
Verified purchase
After a long and illustrious career traveling the galaxy and fighting the Goa'uld with the rest of the Stargate SG-1 team, Daniel Jackson retires to his childhood home in woodlands of Oregon/Washington and takes over the bed & breakfast that his family has run for generations. Trying to forget his past off-planet loves lost, he kept a low profile about his past and tried to live a fairly anonymous life. Known to the locals by his childhood name of "Little Jack", he married a beautiful lady and became a daddy to a wonderful daughter; but then, tragedy stuck. His wife died leaving him to raise their young little girl all alone. Then, his parents got in a bad traffic accident forcing Little Jack to care for them in the big city hospital until, they too, died. All the while, a few big snow-storms-of-the-century begin to devastate the historical lodge, leaving it and Jack's dreams close to ruin.

Eventually, a former frequent guest of the lodge returns. Mary hasn't been there since she and Jack were young, but finds it in her heart to try to save the building her family spent so much time in. Can Mary help save the lodge? Will Mary be able to heal the divisions in her family? Does Teal'c, O'Neill, and Carter stop by with a hammer and wrench to help rebuild the deteriorating plumbing? And once everyone else is out of earshot, will they will reminisce about their past adventures and all the times they saved the Earth? Indeed.

This is decent TV movie. If you're a scifi fan, imagining Michael Shanks in some sort of post-SG-1 secret identity reassignment program makes it even better. You can see the Daniel Jackson mannerisms in many scenes and it brought an extra smile to me.

Sam M.Reviewed in the United States on January 1, 2021
1.0 out of 5 stars
Get out out while you still can
Verified purchase
I have many things to say:
-How did this movie get so many good reviews??? Must be sorcery
-There should be a warning at the beginning that this is Jesusy movie. The Jesusiest of Jesus movies
-Why is the little girl obsessed with someone else’s grandpa she’s never met?
-The woman and man had a conversation about being a couple, then she called him just her friend, then he proposed and she said no, and then in the very next scene he proposed again and she said yes?!?
-Why did the grandpa get healthier after having a stroke?
-The woman climbed down a cliff to save a child when she could’ve just walked down a path, and then climbed back up the cliff with the kid on her back. I mean if that kid fell off her back she would be dead
-The grandpa donated $1 million to the lodge and called it a “drop in the bucket”. But in the next breath the family said they had to pool their money to buy a van
16 people found this helpful

K. WhiteReviewed in the United States on November 22, 2020
1.0 out of 5 stars
Genuinely...Awful
Verified purchase
I rarely ever write reviews, but I felt compelled to write this one--not for myself, but for the sake of you, the curious movie-selector. We all know to expect a certain level of cliche and trope with any Christmas movie, but this one was compounded by bad acting, a cringingly horrible script (with a jumpy plot, and stilted dialog), and a half-arsed set design with blaring technical errors. The only thing more uncomfortable than the romantic scenes (*zero* chemistry) were the religious scenes--it starts out with minimal over-tones of Christianity, but after an awkward scene mid-way through where the grandfather uses "the carpenter" Jesus to force people into doing construction *for free*, they just continued to shove it in there like a cat trying to shove itself into a child-size shoe box. And then my personal favorites were the grandfather who was on death's door suddenly walking again like normal, due to the "God-magic" of the lodge, and the allegorical family knocking on the door of the lodge Christmas Eve because they have nowhere to stay (for reals). But all of that would have earned it just a 2 stars. The single-star rating came the low-key toxic portrayal of women/relationships in the movie. There were more examples than I will waste your time reading, suffice it to say **do not waste a moment of your precious life on this crappy movie**
15 people found this helpful

Maui MomReviewed in the United States on December 13, 2018
1.0 out of 5 stars
Not very Christmas-y, boring script, no set design, mediocre acting.
Verified purchase
Other than that it was great. We wanted to watch a Chrismas movie and took a chance on this. DO NOT WASTE your time. This is what gives Christian entertainment a bad wrap. The lodge is supposed to be a complete mess and needs about 2 million in reparations, but really all you see is a crocked picture on the wall, lots of things with drop cloths and tarps, ladders, extension cords, etc. The place actually looks like it needs very small repairs. The lighting is odd and weird. I can't tell if the acting is bad or if it's mostly the stilted script, either way I cannot recommend.
32 people found this helpful

true healing touchReviewed in the United States on December 12, 2016
2.0 out of 5 stars
"romance" minus chemistry.
Verified purchase
I wanted to enjoy a holiday movie this but the writing was flat and the acting uninspired, not even Hallmark level. This was a romantic/religious movie minus the romance. It was kind of hard for me to watch, my parents had more spark after 50 years of marriage that this couple did while "falling in love". The forest was lovely though and I liked the building.
40 people found this helpful

PattiReviewed in the United States on November 12, 2020
5.0 out of 5 stars
Wholesome, rare to find and a feel-good movie all around!
Verified purchase
Wow, it's hard to find such a wholesome entertainment now-a-days and this is it. This movie represents family, real values, love, community, faith, God, and joy! Man, if everyone would make movie with substance like this instead of the junk we see (like "Cuties" on Netflix) out there, I'd think people would be more kind and patient with one another. For the genre, I think it's an excellent movie. Granted it's not Marvel with all the twist, plot and action, but it's a Christmas movie, it's nice to watch over hot chocolate or ice cream or hot cider or eggnog with the family by the fire. :)
7 people found this helpful

Amazon CustomerReviewed in the United States on December 21, 2020
5.0 out of 5 stars
Wholesome family movie
Verified purchase
I don't understand the negative reviews. I love horror / paranormal type movies and shows but was looking for something different. I absolutely loved this movie.

I love the theme of restoring a dilapidated building that brings back wonderful memories. I like the side romance. I'm not a Christian or participate in any organized religion and wasn't bothered by them praying at meals or mentioning Heaven or God or Jesus. No sex scenes for once. No cussing and no women dressing like a whore or premarital sex. People with morals and values. Nothing wrong with some wholesome Hallmark like movie.

Only odd thing was mom looked like grandpa's wife / Mrs Claus and no chemistry between mom and husband & kids. It was like she was a stepmother or new wife.
5 people found this helpful

There are no big melodramas going on here. A young woman (Mary) works in the city but truly loves the outdoors. On a hike she rediscovers a forest lodge where she and her family used to go when she was a child. It has now fallen into disrepair because the young man (Michael) who owns it had to be away for years caring for his sick parents. He is a widower with a daughter, who leads Mary to the lodge in the beginning. Mary tries to use her job in urban building preservation and her contractor father and brothers to help restore the lodge.

There are subplots about her boyfriend who'd rather go clubbing in town than walking in the woods, and a grandfather who seems to be at the end of life. Some people have complained that some things come together rather easily in this film, but sometimes they actually do, don't they? It's also nice to see a family that gets along and supports each other in an era when every Christmas movie seems to be centered on a terribly disfunctional family. It's nothing earthshaking, but is a pleasant, mellow film that leaves a good feeling during the holidays.
33 people found this helpful
See all reviews
Back to top
Get to Know Us
Make Money with Us
Amazon Payment Products
Let Us Help You
EnglishChoose a language for shopping. United StatesChoose a country/region for shopping.
© 1996-2022, Amazon.com, Inc. or its affiliates