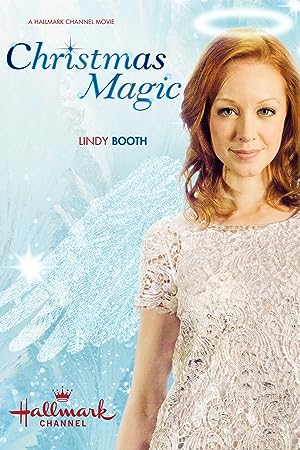 (504)
6.61 h 27 minALL
After a terrible car accident, Carrie Blackford must earn her wings in heaven as a guardian angel to Scott Walker and his daughter Abby. But she might lose her wings when she falls in love with Scott.

Kindle CustomerReviewed in the United States on April 4, 2013
5.0 out of 5 stars
Christmas Magic is a magical love story
Verified purchase
This story revolves around 2 people, the woman was in a car accident (she was very self centered) while talking on a cell phone with a rival, the man lost his wife in an accident & had lost purpose in life. The woman is in a coma & meets an angel who happens to be the man's father. He wants her to help the man get on with his life & have a purpose to live & get his restaurant profitable again. The man has a very sweet daughter. The hows of working all this out is what is the fun part of the movie, it is also the most heartwarming part. He basically ends up bringing her back out of the coma & she indeed helped he & his daughter to have something to live for. They became a big part of each other on Christmas day. Loved the story, not superb acting but a enjoyable time watching it. All the players in the movie play their parts well. I highly recommend this movie for the romanticism & the giving of oneself instead of being self centered all the time. Something to learn from this movie is giving is much more rewarding than receiving. In the giving there is a greater reward in the end because you receive so much more than you thought possible.

Hope this helps for those undecided, I tried not to give too much away but it is hard to review without giving some synopsis. Also Amazon is just about the only place I buy anything. Their prices are way better than most.

SOMETIMES you see a movie so sweet you just have a good cry because... well... BECAUSE.

No one commented on the child actress. I thought SHE did a great job; and she recognized
her new friend as BEING an angel!

I want to present a few things that seemed to disturb a few of the [negative-]reviewers:

I enjoyed, and recommend, this movie for year 'round viewing.
4 people found this helpful

H. FentonReviewed in the United States on March 23, 2014
5.0 out of 5 stars
Five Star Romance/Christmas Magic from Hallmark... Of Course...
Verified purchase
A beautiful story as magical as the first snow of Christmas... an up and coming executive is forced to reexamine her priorities when she receives a promotion as guardian angel to a struggling restaurateur/songwriter and his precocious daughter. She only has until Christmas Eve to revamp the business and help the man realize his true aspirations.

Gorgeous song underscores the premise of the movie... "there's no one to catch me when I hit the ground; as the snow begins to fall..." An unexpected surprise awaits them all as well as a link to one of their pasts that presents itself in a most awe-inspiring way.
2 people found this helpful

Dixie AndersonReviewed in the United States on February 5, 2015
5.0 out of 5 stars
Love Christmas Magic!
Verified purchase
I loved it! It made me feel like this poor girl missed her chance at happiness because she was too involved with her job, wasn't paying attention to her driving because she was talking to her competition on the phone, and had an accident on an icy road. Now in a coma, she came back as an angel to help a man who was not doing well with his restaurant. What happened after that made you want this movie to have a happy ending even though the odds of it happening didn't look good. The characters played their roles very well. I would recommend this to everyone who likes a Christmas Magic happy ending.
One person found this helpful

Thomas C. FletcherReviewed in the United States on March 5, 2016
5.0 out of 5 stars
Another nice Christmas romance
Verified purchase
Another nice romantic Christmas movie about a young woman who's been in an accident and is returned to earth to help a family in need before she's allowed into Heaven.

Pleasant and enjoyable. If you like these kinds of movies, I think you'll find a lot to enjoy with this one.
One person found this helpful

RavenReviewed in the United States on March 28, 2016
5.0 out of 5 stars
A beautiful magical movie
Verified purchase
Just finished watching Christmas Magic. A beautiful movie. My mom got me into the movie on Hallmark and I really enjoyed it, especially Paul McGillion. He is amazing and I can't believe that he sang in the movie. He's got an amazing voice. I LOVE this movie. Mom and I are going to enjoy watching this movie on Christmas.
One person found this helpful

Charlotte GettigReviewed in the United States on January 26, 2014
5.0 out of 5 stars
Doesn't Have To Just Be For Christ-mas Time
Verified purchase
Hallmark is my number one TV channel to watch. The entire family can if they wish, watch these movies. All my favorites are watched over and over and "Christ-mas Magic" joined my list this year. Yes, it is fantasy, but with laughter, sadness and even a wonderful but subtle lesson it far exceeds most of the "vile junk" that is provided by Hollywood today. In my opinion, anyone that watches or makes a purchase will be happy to have seen or even own. Wasn't aware of the cast before but it didn't matter, for me, this is a lovely movie and well worth my time. Hope it will also meet anyone's expectations.
One person found this helpful
See all reviews
Back to top
Get to Know Us
Make Money with Us
Amazon Payment Products
Let Us Help You
EnglishChoose a language for shopping. United StatesChoose a country/region for shopping.
© 1996-2022, Amazon.com, Inc. or its affiliates