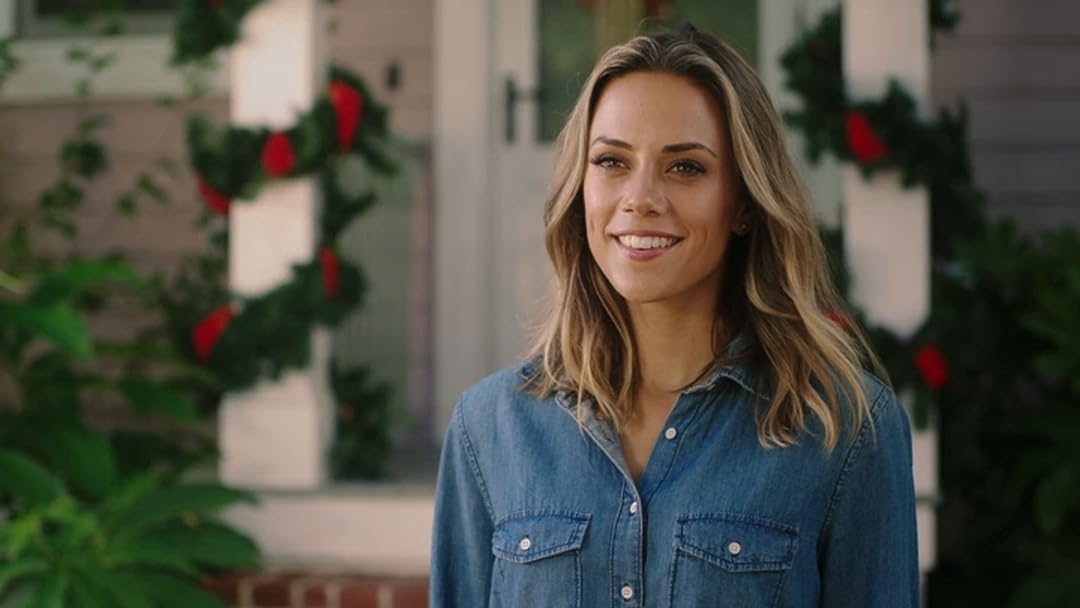 (393)
6.51 h 33 min2017X-Ray7+
Photographer Holly Logan (Jana Kramer) returns to her hometown of Gulfport, Mississippi for Christmas. The town is resurrecting their traditional holiday light show and now Holly must spend the next few days with the man who broke her heart.

Zach GuilerReviewed in the United States on October 22, 2020
1.0 out of 5 stars
The Rotten or Righteous Podcast
Verified purchase
As Christmas in Mississippi has made incredibly clear…the arts are dead, and anyone with ten dollars, a camera, and an actress with a pretty face but minimal talent can make a movie. The story was bland. The sound editing was laughable. And more than any other movie we have watched on this show, for the first time, I have felt that watching it actually took something from me. It sucked out a piece of my soul and returned it cold and dead…and I don’t know if I will ever be able to revive it again.

The only thing left for me to hope for is the sweet embrace of the grim reaper as I pass from this mortal coil and accept my heavenly reward. I go into paradise with the solace of knowing that when the Lord comes again, He will destroy the world and this movie is part of that world. There will come a time when Christmas in Mississippi ceases to exist, and that (and only that) is the only thing that has given me even the most minuscule amount of motivation to claw out of my bed every morning since I have seen this abhorrent, pathetic, and malicious attempt at visual entertainment.

Butterflymom54Reviewed in the United States on October 15, 2020
5.0 out of 5 stars
Very sweet and romantic
Verified purchase
I love this movie. It is a real "feel good" story! Wes Brown, Jana Cramer, Faith Ford, Barry Bostwick, and the guy from Home Improvement all help bring a great story to life. The setting in Gulfport, Mississippi after 5 years before their city was crushed by the effects of Hurricane Katrina, really opens a beautiful door for hope in recovery and community. It is Christmas and miracles and magic are all around. I highly recommend this movie as it has a very sweet story to encourage, a romance to inspire and some educational moments too. The light show and music towards the end are also sure to delight. Enjoy!!! :)
20 people found this helpful

Sue Carol YarbroughReviewed in the United States on September 25, 2020
5.0 out of 5 stars
Heart Waeming
Verified purchase
I just watched this for the second time and noticed things I hadn't the first time. I grew up in the area and I'm
impressed with all the local details. I had lumps in my throat and tears on my cheeks from the joy this movie gave me.
22 people found this helpful

CakeReviewed in the United States on December 12, 2020
5.0 out of 5 stars
True to Gulfport (mostly)
Verified purchase
Okay, so right off the bat I can tell they are wearing WAAAAAAAAAAAAY too many clothes on in the very first scene to ACTUALLY be in Gulfport. It is 65° RIGHT NOW at nearly midnight on the 11th of December in Gulfport, MS. Now that I have that out of the way lol, this movie won't mean anything to anyone that does not have prior knowledge of Gulfport.It is my hometown and I left shortly after it was devastated by hurricane Katrina. It tells the true story of the generosity of Rick Carter and Terry Green the owners of the Island View. They brought much needed jobs to the city and breathed new life into it. They still sponsor the Gulfport Harbor Lights Winter Festival and they even have a Mardi Gras Party.
8 people found this helpful

OligonicellaReviewed in the United States on November 11, 2020
5.0 out of 5 stars
Great sentiments.
Verified purchase
OMG the movie didn't do things like a Hollywood vision of rural America! This was far more like real people behave (if they're not filled with asocial bile).

Alexandra HuffReviewed in the United States on October 27, 2020
4.0 out of 5 stars
Too Real
Verified purchase
The acting didn't feel too drawn out or dramatic, and many parts of the storyline/dialogue were perfect depictions of how these characters would interact in real life. I loved the awkward, I loved the passive-aggressive, I loved the movie.
10 people found this helpful

linda galellaReviewed in the United States on July 25, 2021
4.0 out of 5 stars
TV stars from the 90’s give this regional film
Verified purchase
a cozy, home town feel.

Faith Ford, Richard Karn and Barry Bostwick are all terrific in this movie. I wish that was the case for the leads. They were ok, but not up to par with the supporting cast. What saves this project is the story itself. It’s realistic and you can easily imagine your friends and family in the situations. There’s no overacting or ridiculous dramatic moments. The movie is only 1.5 hours so there has to be those unavoidable coincidences but they didn’t feel forced.

To me, it felt like the direction and production were good but the lead actors weren’t up to the tasks asked of them. Fortunately for them, the storytelling and supporting cast carried them and made this family friendly flick well worth the time invested to watch it🍿

Christmas in July, 2021 #18
One person found this helpful

AmaReviewed in the United States on December 12, 2021
1.0 out of 5 stars
Has as much depth as a cookie sheet.
Verified purchase
This movie is terrible. Just horrible. I'm fine with cheesy Christmas movies, in fact I quite enjoy them, but this... This is a whole new level of terrible. There is no conflict, no reason for this movie to exist. There is no story instead it's more like a mockumentary of the most over the top romance imaginal. As the title says there is no depth. It's the kind of movie where the whole thing could be summed up in a single sentence. It's like a Norman Rockwell fever dream.

Just don't. Go watch another cheesy Christmas movie, just don't watch this nonsense.
One person found this helpful
See all reviews
Back to top
Get to Know Us
Make Money with Us
Amazon Payment Products
Let Us Help You
EnglishChoose a language for shopping. United StatesChoose a country/region for shopping.
© 1996-2022, Amazon.com, Inc. or its affiliates