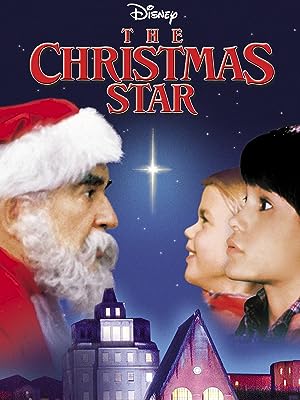 charles j soleReviewed in the United States on February 6, 2019
5.0 out of 5 stars
Fun For The Entire Family
Verified purchase
Gruff But Likable Mcnickle Is Teriffic,Billy And Trudy Who Find Him Living In Their Building Are Also Great,Naive Little Tykes Who Also Shine.Landlord Sumner Is Fantastic And Last But Not Least Detective Waters Played By The Late Fred Gwynne,Steals The Show I Think.All In All This Movie Gets 5 Stars As A Charming Christmas Tale That Should Not Be Missed.A Perfect Disney Sunday Evening Treat,” Fun For The Entire Family”👍👍👍❤️❤️❤️🎅🏻🎅🏻🎅🏻
One person found this helpful

anitaReviewed in the United States on February 11, 2019
5.0 out of 5 stars
Will leave you with holiday spirit!
Verified purchase
What a hidden treasure! This is a wonderful movie for a family holiday movie night! I really wasn't expecting much, but had never seen it and it was different from all the predictable headliners. We all came away with a warm holiday feeling. Highly recommend.

authorReviewed in the United States on January 2, 2020
4.0 out of 5 stars
watch it to see for ur self
Verified purchase
i picked this out for my austim little brother because he and i used to watch old disney christmas together when we were kids growing up on the disney channel.

SkyCloudReviewed in the United States on December 10, 2019
5.0 out of 5 stars
A delightful find.
Verified purchase
I watched this on television when it was released, and it has become one of my favorite Christmas movies. I guess it's not hugely popular, because I never see it replayed on the TV, so I was excited to find it on Amazon. Made my Christmas this year.

Sallie A. NealReviewed in the United States on February 21, 2004
5.0 out of 5 stars
Excellent Made-For-Tv Disney Movie!
Verified purchase
This wonderful Christmas film debuted in 1986, and stars Ed Asner as a mean crook named Horace McNickle who escapes from jail- his partner in crime got off, and he wants revenge. When he escapes, he meets some kids who live in an apartment building who are faced with a grim Christmas. Their parents are struggling financially, and may be evicted if they can't make the rent. The landlord is Rene Auberjonois (Odo from Deep Space Nine), and has a son who is the "bully" played by Zachary Ansley (The Journey of Natty Gan). Asner is following the clues left to him leading to a fortune, and he enlists the children (who have no idea that he is an escape convict- they even think he's Santa!) to help him find it. There is a great scene where Ed is on a train and has a supernatural experience, very Scrooge-like, which changes his life forever.
As the movie progresses, the mean are transformed and all begin to celebrate the true meaning of Christmas. I remember watching this on the Wonderful World of Disney which at the time was hosted by Michael Eisner (the current President of Disney). I am delightfully surprised and glad that Disney is releasing this great film on dvd. If you want to see Ed Asner in a role like never before, get this movie in time for the next holiday season. You won't regret it!
89 people found this helpful

Just my opinionReviewed in the United States on December 27, 2014
5.0 out of 5 stars
A timeless classic for the whole family!
Verified purchase
One of my all time favorite Christmas classics. These were the Disney movies that not only stand the test of time, but were genuinely made with love.
You never see anything with the Disney family well wishes anymore. I almost forgot they used to do that at the end of each movie. It really takes you back.
4 people found this helpful

NAKReviewed in the United States on March 10, 2021
5.0 out of 5 stars
Nice family film
Verified purchase
This is a great story showing that with a little faith in someone even the most grouchy person can have a change of heart. Ed Asner, Fred Gwynne and Rene Auber?? are wonderful.