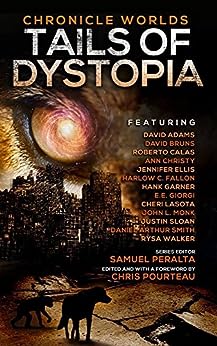 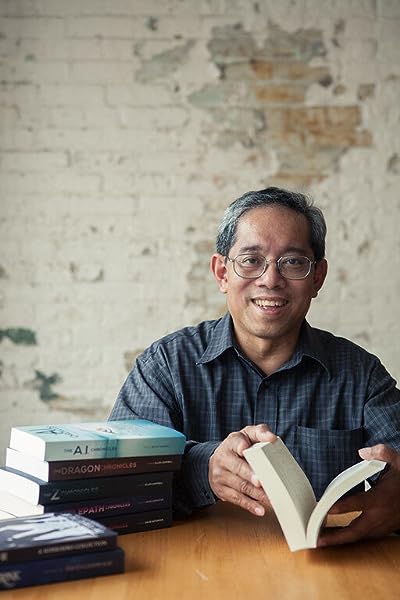 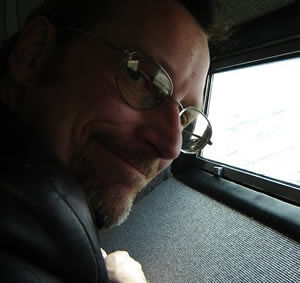 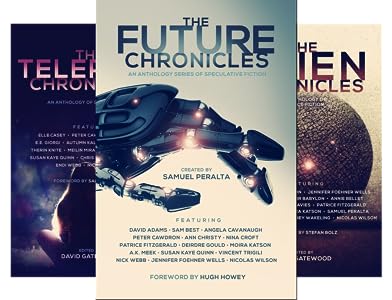 4.4 out of 5 stars
4.4 out of 5
61 global ratings
How are ratings calculated?
To calculate the overall star rating and percentage breakdown by star, we don’t use a simple average. Instead, our system considers things like how recent a review is and if the reviewer bought the item on Amazon. It also analyzes reviews to verify trustworthiness.
Top reviews

Simon Mayeski
5.0 out of 5 stars More winning Tails
Reviewed in the United States on November 7, 2017
Verified Purchase
Chris Pourteau and Samuel Peralta have put together another excellent science-fiction anthology -- this one a follow-up to Pourteau's amazing 2015 release, Tails of the Apocalypse. Thirteen authors have each created a gem with characters or situations from their previously released series. I've read works from many but not all of these authors, so I was able to both go back and enjoy new stories from "places" and characters I know, and also be exposed to new (for me) word artists.

Some of the stories are written from the point of view of an animal; some are written third-person with a focus on the animal, and still others have a human POV but the 'stars' of the story are the animal partners. Like "Tails of the Apocalypse", many of the stories come with high emotion -- often pathos -- to be expected from the dystopian focus, but there are uplifting moments nonetheless. The anthology opens with strength -- Harlow C. Fallon's "The Ones Who Walk Beside You" will get you started properly with Joe, his unusual gift and his friends the wolf and the horse; you won't want to stop reading after that. John L. Monk's "Monkey Do", starring Max the chimp, illustrates what can happen when all the human adults have died, but there remains a well-trained animal with dignity and dedication. Rysa Walker's dog Daphne has to sort out the incredibly confusing conflicting timelines and help save her pack from "The Circle-That-Whines". Ann Christy's "The Last Pride" shows that there are places in the animal kingdom for her PePrs as they help keep endangered species alive while fitting in. Jennifer Ellis' "Cry Wolf" shows how it is not only humans who see conflict in following orders while trying to do the right thing. Justin Sloan's "The Last Bobcat" is better than the humans he helps survive. Daniel Arthur Smith's "Eggby" lives for his master's treats, but has to avoid becoming one himself. Robert Calas' "The Weight of Hunger" is the darkest of the selections, IMHO; the kestrel falcon Eglantine must survive while not becoming one of "them". David Adams' "Khan" shows how a white tiger can fight for freedom even on another planet. Cheri Lasota's beautiful "Planetfall" reveals how a little dog makes a big difference on New Eden. E. E. Giorgi's Destiny and her pet weasel find the mysterious object that can change everything in "Octant VI". Hank Garner's young autistic Jackson looks for his folks and dog as the world is shaken beyond belief, but he has the help of a mysterious stranger because "He Knows the Way Home." Finally, David Bruns' "The Water Finder's Apprentice" finds more than water but needs the help of his canine sidekick to prevail.

I received an advance copy for an honest review, but I bought a copy to support the book.
Read more
9 people found this helpful
Helpful
Report abuse

Karen Reese
5.0 out of 5 stars Diverse and enjoyable
Reviewed in the United States on November 7, 2017
Verified Purchase
This collection is diverse and sure to please and animal loving fan of the dystopian genre.The standouts to me were The Water Finders Apprentice by David Bruns.It is incredible and I hope he continues writing about these characters.The Ones Who Walk Beside You by Harlan C Fallon was intriguing and made me curious about the world and characters she created.Planetfall by Cheri Lasota was enjoyable and showed the power of love.Octant VI by E.E. Giorgi was enjoyable and left me wanting to know more about the characters future.I received an ARC from the authors for an unbiased reveiw,but I also purchased a copy to support such a worthy cause.
Read more
5 people found this helpful
Helpful
Report abuse

Agony is the Script for My Requiem
VINE VOICE
5.0 out of 5 stars Great Tales (Tails) for a Great Cause
Reviewed in the United States on November 8, 2017
Verified Purchase
I love all the Chronicle Worlds books edited by Samuel Peralta. I have read all the Chronicle Worlds books and dog-eared the pages if that is possible on a Kindle edition. That being said, this collection of pets and science fiction is outstanding. Being an animal lover, I did not hesitate to purchase this book. As a bonus, the proceeds of the book sales go to the pets for vets project. I loved "Cry Wolf" by Jennifer Ellis, "The Last Pride" by Ann Christy (I loved that the story was set in the Perfect Partners Universe!), and "PlanetFall" (I loved that the story was set in the Paradisi Universe!) by Cheri Lasota. I highly recommend this collection to anyone who loves animals and science fiction.
Read more
3 people found this helpful
Helpful
Report abuse

Bill Matthews
5.0 out of 5 stars Do it Now - Buy a copy - Enjoy the stories and Help our Vets at the same time
Reviewed in the United States on November 8, 2017
Verified Purchase
This is a neat and different approach to telling a story that is carried out very well. Many years ago I had a cousin that wrote a semi-autobiography about himself and his horse Skippy - except he told it from Skippy's viewpoint. I learned a lot about my cousin. The stories in this Chronicle Worlds are, of course, fiction but there is that hint of a relationship between a writer and their characters.

Highly Recommended. Plus, by buying a copy you are also helping our Veterans!
Read more
3 people found this helpful
Helpful
Report abuse

Don T
5.0 out of 5 stars Ah...satisfaction.
Reviewed in the United States on January 31, 2018
Verified Purchase
These are incredible (but immersive and believable) stories that are promos for the contributors' other work. Unlike stories in too many other anthologies, these are plotted and well-crafted stories that are self-contained, not obvious prequels or teasers with cliff-hanger endings that prompt the reader to continue reading with a separate, three- or five-part series of books. Making animals the protagonists causes a suspension of disbelief to be initially unwilling, but each story does convince. A satisfying collection.
Read more
2 people found this helpful
Helpful
Report abuse

So far I have just had an opportunity to read an ARC copy of Justin Sloan's bobcat story. It is a fun story from an unusual standpoint with all the action you'd expect from the writer. It ties in to some of his other books in a fun way, but it is written to be a standalone.

I purchased the collection, and I look forward to reading the rest of the stories.
Read more
One person found this helpful
Helpful
Report abuse

James D. Ronan, Jr.
5.0 out of 5 stars Wonderful short stories with animal main characters
Reviewed in the United States on November 14, 2020
Verified Purchase
When I was young I cut my reading teeth on a series of novels from England who's main characters were animals. These delightful stories have animals as main characters in a post apocalyptic world for them. Interesting idea and fun reads.
Read more
Helpful
Report abuse

Rhonda A. Atlanta
2.0 out of 5 stars OK, good, not great.
Reviewed in the United States on April 13, 2019
Verified Purchase
Stories written in a feel-good younger style without the depth I would have preferred. Found myself wanting to finish the stories, instead of enjoying them. May be the feel-good style enjoyed by millennials but not what a hard-Core Sci-Fi fan would get lost in..
Read more
Helpful
Report abuse
See all reviews

Kindle Customer Bryan
4.0 out of 5 stars Enjoy your pets
Reviewed in the United Kingdom on December 2, 2017
Verified Purchase
Some different slants on life from the aspect of our wonderful animal friends. They can make us ponder about the our lives
Read more
Report abuse

KHB
4.0 out of 5 stars Four Stars
Reviewed in Canada on December 4, 2017
Verified Purchase
I enjoyed this collection. As always, a few didn't make the grade, but a lot did.
Read more
Report abuse

Sylvie
5.0 out of 5 stars Always excellent
Reviewed in Canada on November 13, 2017
Verified Purchase
You can never go wrong buying a Samuel Peralta anthology... every story were good, some were excellent. l recommend this book
Read more
Report abuse

Mr C R Snowden
1.0 out of 5 stars Bought in error
Reviewed in the United Kingdom on December 2, 2017
Verified Purchase
Got it in error didn't bother to read it, not my th
Read more
Report abuse
See all reviews