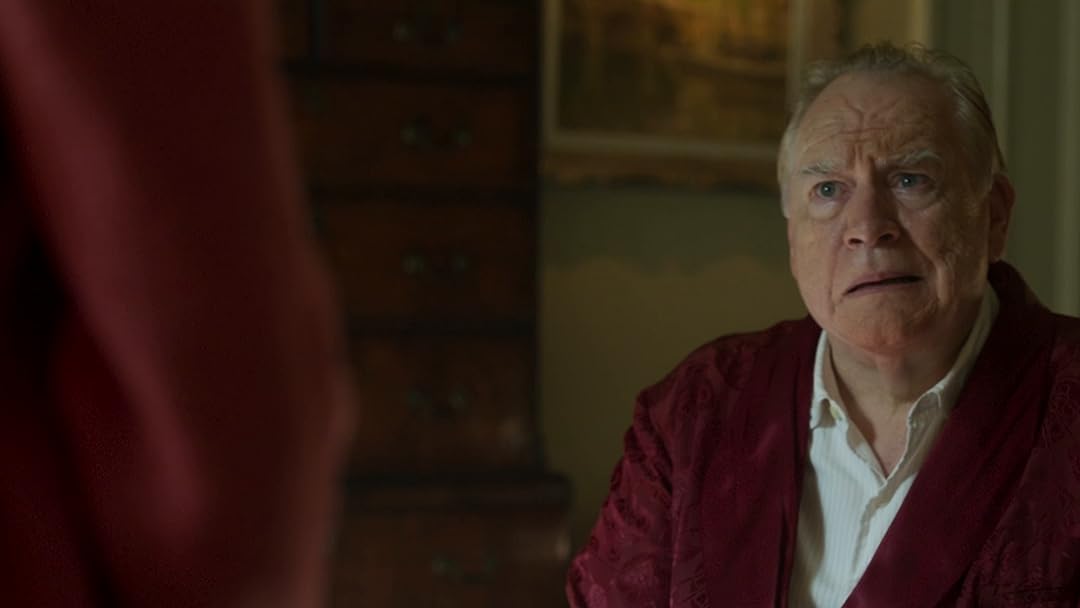 GregReviewed in the United States on February 18, 2018
1.0 out of 5 stars
This is the Wrong Churchill Movie
Verified purchase
Historians say this movie is a “perverse fantasy" and "a monstrous twisting of the truth and leads the audience down a road of lies". Google it.

I rented the wrong Churchill movie. Gary Oldman is not in this one.

This movie would have us believe Churchill was senile. And that Eisenhower was glib and snotty to the PM. Was Churchill completely unfamiliar with D-Day planning four days before the event and did he frantically attempt to rearrange Ike's and Monty's plans? Did Churchill's staff discuss his senility behind his back? So much in this movie is grating. In this movie, Eisenhower is a tiny little man and Montgomery is fat. John Slattery, playing Ike, seems to have ad libbed all his lines using modern surfer slang.

donald williamsReviewed in the United States on February 7, 2018
1.0 out of 5 stars
Fake history
Verified purchase
Great cast, but absolute garbage! Lies and fake history! Bought this, but I'm going to delete this from my library. Would have done better if I would have flushed my money down the drain. Easiest way to describe my viewing experience is to relate walking on the side walk in the hot summer and stepping on something an irresponsible pet owner didn't pickup
25 people found this helpful

David ZimmerReviewed in the United States on January 13, 2018
1.0 out of 5 stars
I love Brian Cox
Verified purchase
I love Brian Cox, but of all the WSC movies I have seen, the story line in this movie and the portrayal of the people involved... I am not all that sure is very accurate. It seems to be the director's "interpretation" and "literary license" of how they think things happened. Casting was a miss too. I didn't buy DDE character, et. al. I was very saddened by this version and this movie will only gather dust on my shelf. I so look forward to WSC movies and this is my first major disappointment, Brian Cox notwithstanding.
23 people found this helpful

BaucomReviewed in the United States on January 1, 2018
2.0 out of 5 stars
The movie Churchill
Verified purchase
This must have been PC history from a poor director-lots of flaws. Eisenhower: look at the shameful way he wore his uniform. Approaching Eisenhower's HQ with only a couple guards, not realistic as is Churchill walking alone in a beach unguarded, and a English beach to boot with no sign of England's protection of the shore line. Not so. Churchill was a great man but this whole movie making bunch was truly out to lunch.
16 people found this helpful

CvReviewed in the United States on October 22, 2017
1.0 out of 5 stars
A fake rewrite of history. Just don’t.
Verified purchase
I really wanted to enjoy this movie, being a WWII history enthusiast. But it’s fabricated nonsense. Very disappointing.
22 people found this helpful

Do yourself a favor and rent \ buy "The Gathering Storm" and "Into The Storm" about Churchill and WWII.

Brian NicholsReviewed in the United States on March 7, 2018
1.0 out of 5 stars
Not good.
Verified purchase
Bad history. Don't recommend it at all. See Darkest Hour. That movie, though not perfect, is truer to what happened. That said, the movie was well acted. If you want merely to be entertained it is okay, sort of. I strongly recommend against this movie. I easily see why Darkest Hour was much more favorably reviewed.
11 people found this helpful

Uncle Buck ofamaReviewed in the United States on June 21, 2019
5.0 out of 5 stars
Churchill
Verified purchase
It cannot be denied; Sir Winston Churchill is certainly a Titan of the 20th Century; it could credibly be argued that he single-handedly saved England and Great Britain in the dark days of World War II. I bought four DVDs on the subject, this one, in which you will see a different Sir Winston, a seriously-fearful, concerned leader, unwilling, unable to relinquish the fate of his England to the upstart, Ike. Because we have the benefit of knowing that D-Day worked, that it was not the disaster Sir Winston feared, we can be excused of not sharing his trepidation. But, to truly understand the point this movie makes, you have, somehow, to 'not know' what happened beginning on June 6, 1944.
4 people found this helpful
See all reviews
Back to top
Get to Know Us
Make Money with Us
Amazon Payment Products
Let Us Help You
EnglishChoose a language for shopping. United StatesChoose a country/region for shopping.
© 1996-2021, Amazon.com, Inc. or its affiliates