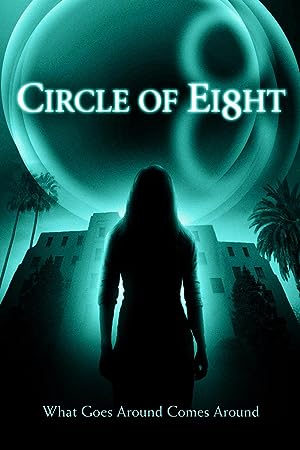 ScrannelReviewed in the United States on June 10, 2012
4.0 out of 5 stars
Better than a lot of junk we pay to see.
Verified purchase
To quote Wikipedia about Dante's 8th Circle of hell: "...the souls of Deceivers ...are constantly ablaze, appearing as nothing so much as living, speaking tongues of flame." (For those who didn't get it, "The Dante" is not a hotel in Los Angeles...)

Hell, of course, is where our Heroine has landed. Pretty terrific performance by Austin Highsmith, who should be working more. Like it a lot.

Suzanne H. FolwellReviewed in the United States on July 27, 2013
5.0 out of 5 stars
JESSE JOHNSON STAR OF CIRCLE OF EIGHT
Verified purchase
I bought this video because I am a fan of Jesse Johnson and I think he did a great job as Damon.

Amazon CustomerReviewed in the United States on September 13, 2016
5.0 out of 5 stars
Abandon Hope!
Verified purchase
Love this movie! Thought provoking and creepy at the same time. Ed is weird though!

Johnny DangerousslyReviewed in the United States on January 4, 2010
5.0 out of 5 stars
mad circle
Verified purchase
NICE FLICK, I HAD TO WATCH IT TWICE TO UNDERSTAND, MOSTLY BECUZ I FELL ASLEEP DUE TO FATIGUE, BUT THE SECOND VIEWING WAS VERY NICE. CHECK THIS OUT EITHER PURCHASE OR RENT.
3 people found this helpful

Bob LewisReviewed in the United States on August 14, 2021
3.0 out of 5 stars
A strange but worthwhile film
I didn't really expect to like this movie very much. But I have to say, I'm glad I gave it a chance because, despite its numerous flaws (and there is indeed plenty to dislike here), the film manages to actually be both better and more thought-provoking than I ever would have expected.

A lot of the film's flaws likely originate with its somewhat bizarre history. Produced by Mountain Dew (of all things!) and originally released online, it has plenty of quirks. If it seems a bit disjointed at times, that's probably due to a combination of its largely nonlinear storytelling and its original serialized release. Its cinematography borrows heavily from a style that reminds me a lot of a 1990s music video, and does little to please the viewer (though to be fair, one does somewhat expect it to be so stylized given its provenance). There's even some heavy-handed product placement during a scene in which one of the characters explains how he makes Mountain Dew glow in the dark for his art projects.

And yet, despite the disjointed storytelling and characters so bizarre as to stretch believability even for a dyed in the wool horror fan like myself, the film eventually manages to actually develop into something not only charming but arguably substantial.

I suspect much of the reason a lot of people haven't liked this film is that the ending seems strange at first glance. I'm here to argue that it actually makes perfect sense. Its flaw is not so much that it doesn't make sense as that the disjointedness of the film's earlier acts don't sufficiently immerse the viewer in the world the ending evokes. Some people may have to watch it twice to fully grasp the symbolism used throughout the film. I'm not going to spoil anything here, but suffice it to say that many of the seemingly inconsequential details throughout the film, ranging from soundtrack choices to the name of the apartment building, actually provide the context many viewers seem to have missed.

It's never going to be a classic movie. There are too many flaws for that. However, there's a lot more here than some people give it credit for. Another revision to the screenplay and some better choices in cinematography and direction could have probably carried it into greatness. As it stands, though, it's at least worth a watch or two.

N.J. HarrisReviewed in the United States on April 27, 2015
4.0 out of 5 stars
Great Movie... if you remember that it was originally a game
This was not created to be on DVD so it's not as good when you watch it that way. I think that's why it has just as many bad reviews as it does good ones. It was originally a project put together by Paramount Pictures, Mountain Dew, Myspace, and Deviantart. When this movie was first released it wasn't just posted to MySpace or somewhere as a whole. When it was released it wasn't a movie it was actually more of a mini series and you had type in codes or phrases you learned from Mountain Dew bottles or Deviantart. When you put them in they either unlocked special content (mostly clues or games that had hits about what was going on in the "movie") or (once a week) it would unlock the next episode. There were also two alternate endings that you could get based on the codes you interned and games you won. That is why the "movie" is paced so oddly and isn't as good if you just watch it how it is in the DVD version. Without the game it isn't as good, but if you were lucky enough to play it like I was this is a great movie that you become quite sentimental about lol cause you had to work so hard to actually see the ending. I didn't like the original ending, but the alternate was awesome. I'm not going to go into the plot though cause I don't want to ruin it.
2 people found this helpful

trebeReviewed in the United States on January 29, 2012
2.0 out of 5 stars
thanks to the good folks at mountain dew...
Circle of Eight (2009), a suspense thriller that originally appeared as a multi part "movie" on MySpace, is a very oddly paced, surrealistic journey that makes almost no logical sense. Set in a gloomy apartment building (actually a former hospital), the film features some weird and creepy characters that initially may raise your curiosity, but as the story progresses, they tend to become increasingly irritating, as you get the uneasy feeling that the movie will not end very well. Sponsored by Mountain Dew, the production also includes some interesting product placement.

It's New Years Eve, and Jennifer (Austin Highsmith) is moving into an apartment building called the Dante located somewhere in LA's art district. She arrives in reasonably good spirits, but that soon changes when she meets Ed (John Bishop) the building's creepy manager, who operates from a desk located inside a freight elevator, and cryptically warns Jessica not to enter the file room.

Jennifer enters her eighth floor apartment, and almost immediately begins receiving visits from what seems to be nearly every resident of the building. The parade includes Randall (D.J. Quails) is a nerdy type, who walks around with a video camera, because he is filming a documentary of the building. India (Natashia Williams) a model, and her boyfriend Damon (Jesse Johnson), drop by to invite Jennifer to a party that will be held on the roof later that night. Bale (Josh Kelly) and Elaine (Katie Lowes), a married couple who are expecting a child, also stop by to say hi. And rounding out the group of eight is Evan (Ryan Doom) an artist who finds Jennifer in the bath, after entering her apartment unannounced, and seems overly concerned that Jessica understands that she can trust him.

There is tragedy in Jennifer's past. As events unfold, almost nothing she does makes any logical sense, as she sees the dead bodies of her neighbors, which then mysteriously disappear. She visits Evan's apartment, and is so impressed by his unusual artwork, that she finds herself flat on her back on his light table, with Evan on top of her, when he abruptly changes his mind about making love.

While visiting the off limits supply room, Jessica discovers a clue to what may be happening. With increasing frequency, Evan shows up wherever she turns. All this madness builds up to not one, but two endings to the film. Listening to the awful dialog twice, and experiencing some terrible acting is an ordeal, but at least there is a resolution to the story, although it may be unsatisfying.

Circle of Eight is a curiosity that veers away from reality early, and never attempts to get back. Little that happens inside the Dante makes sense, and the film generates more feelings of frustration and exasperation, rather than scares. With a cast of eclectic and often irritating characters, this film will probably be a major disappointment to those looking for straight horror or suspense. The issues lie squarely with the writing, rather than the actors.

The plot gets maddeningly repetitious at the close, as Evan appears again and again, sprouting the most insane dialog. Although the actors may have had a blast playing such goofy characters, the result is not as enjoyable for the viewer who is presented with a weak story, and insubstantial characters that you have little reason to care about. Production values are decent, contributing to a rating of 2.5 stars.
4 people found this helpful
See all reviews
Back to top
Get to Know Us
Make Money with Us
Amazon Payment Products
Let Us Help You
EnglishChoose a language for shopping. United StatesChoose a country/region for shopping.
© 1996-2021, Amazon.com, Inc. or its affiliates