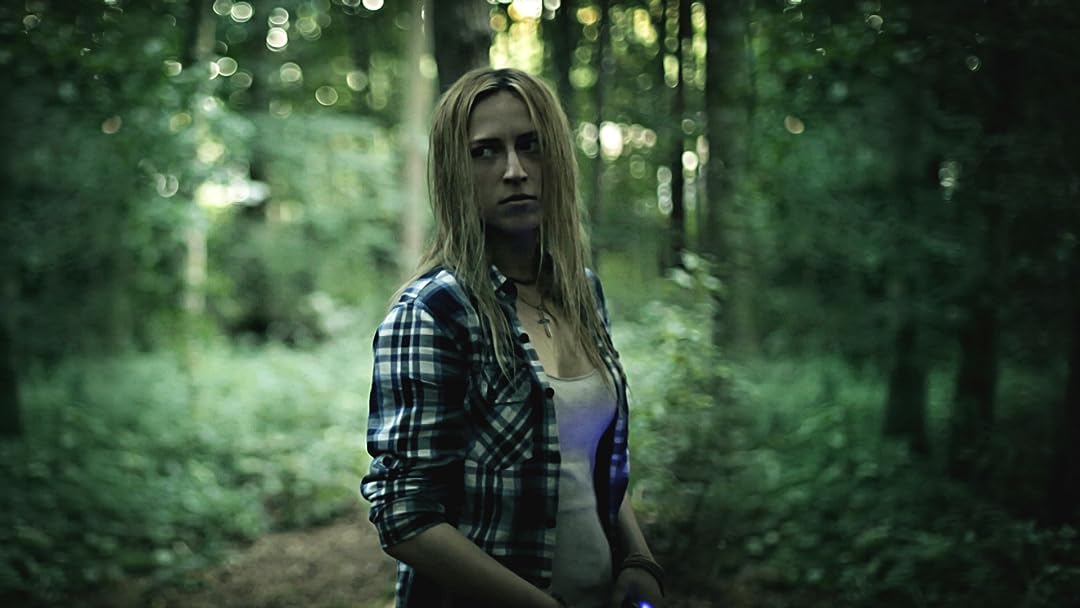 (77)
4.81 h 29 min2017X-Ray13+
A University professor takes four archaeology students on a field trip to a remote Scottish island. With tensions already present in the group, they unearth clues to an ancient mystery that will threaten their lives.

Chris CochranReviewed in the United States on October 13, 2019
1.0 out of 5 stars
Oh god no, not another car wreck film
Verified purchase
You ever watch a horror film where there is a near car wreck early on, and then you learn that the events of the movie took place in a limbo/purgatory because the near miss was actually a fatal hit and everyone's should involved was in that purgatory before finally succumbing to Oblivion?

WELL GUESS WHAT HAPPENS IN THIS MOVIE? THAT'S RIGHT, BABY!

I'll be honest, this stupid trope is almost always an automatic one star review because it's that awful. The only exception I make for this trope is the Reeker series which actually intelligently tackles it.

The bad CGI doesn't help here either. What a waste of an otherwise promising horror film.

baby crab cakesReviewed in the United States on November 25, 2019
3.0 out of 5 stars
circles are squares without angled corners
Verified purchase
what did I like or dislike about this product?
it was about a circle, but there was only one circle so it stayed true to the title. I would have liked to see a bit more circles going on, but one circle stayed true to the name of the product.

what did I use this product for?
I used this product to contemplate maybe making a better circle, you know, improving upon it. most circles are round or cicular, of sorts, but what if I add an extra side to it? you know, jazz it up a bit and such.
21 people found this helpful

My ProReviewed in the United States on December 29, 2019
4.0 out of 5 stars
Do not write this movie off!
Verified purchase
This is the first review I’ve ever done on Amazon, and it’s because I feel so strongly that this ending was so much more brilliant than I expected. The movie itself was decent- the acting was just fine, though the characters themselves were pretty common archetypes. The settings were just fine, too. The CGI wasn’t top tier, but they really did what they could to convey this story and give you monsters. The movie kept me interested because really anything could’ve happened, so I had no idea who would not only survive, but make it back home.

Long story short: By the end, I TOTALLY thought this was gonna be the most commonly used plot twist in the past two decades (and it kinda was so I totally rolled my eyes) but if you PAY ATTENTION to the WORDS OF THE PREVIOUS VISITORS OF THE ISLAND, by the time the credits get rolling, you’ll realize that it is GENIUS storytelling. I got chills.

Seriously- step outside of yourself and the old Sixth Sense thing and realize that what happened was actually a super smart idea that wasn’t necessarily a new idea, but one older than all the others that really, really works.

If you want me to explain it to you, give me a holler 😉
12 people found this helpful

Honest ABEReviewed in the United States on December 17, 2019
4.0 out of 5 stars
Unexpected End
Verified purchase
Just kept me interested enough to watch till the end, and I kept guessing what would happen, and continued to proved me wrong. Camera work is not bad, acting is not bad either, characters and story telling is actually decent. I've watch many horror stories that are just completely made me wonder how in the world did it get to become a movie. This horror story is actually interesting. It's above a B movie, and yet not good enough to be a blockbuster. The ending completely caught me by surprise. You may or may not like it, but it kept me watching, and enjoyed some parts of it.
8 people found this helpful

J. MarriottReviewed in the United States on August 1, 2020
4.0 out of 5 stars
Who are the victims, and who are the creatures?
Verified purchase
This movie surprised me, a lot. I was engrossed all the way through, which says a lot about the movie, given the definite lack of originality in the horror genre these days.

The gist is archaeology prof takes students on a dig. The play of personalities causes a lot of issues, to say the least. The hints of what's to come are there. Yet even though they are there, they're subtle enough to not get them, to see them as something else. The ending is a smacking surprise.

The acting is really good, each character showing who they truly are with a minimum of fuss and effort (good acting, good script!), which contributes to being able to concentrate on trying to figure out what is actually happening to them. They are stranded, and none of them are really handling it well. Games are played. Self-absorption is displayed. Smarmy behavior is at peak. And the creatures come for them all - or do they?

Recommended.
One person found this helpful

GartReviewed in the United States on November 10, 2019
5.0 out of 5 stars
Very well done.
Verified purchase
It kept me on the edge of my seat. The acting is very good. The ending was a shock and a relief tieing together all the loose ends. Excellent job on story. This movie is a must see.
6 people found this helpful

JoshReviewed in the United States on February 19, 2020
1.0 out of 5 stars
You're going to skip through this horrible movie for one reason : the hot blonde.
Verified purchase
The hot blonde actress, Eva-Marie Kung, is the only reason to even give this horrible thing a minute of your time. It has literally no other redeeming value. I'm fairly certain the only reason it exists at all is to cash-in on the accidental search results that will direct people to it when they search for another film called "The Circle" that came out in 2017, starring Tom Hanks and Emma Watson. Remember that? Yeah.
One person found this helpful

Muffin McFurryReviewed in the United States on January 3, 2020
4.0 out of 5 stars
Better than I thought- creature feature/mystery
Verified purchase
I almost passed over this movie on Prime because of some of the negative reviews. Decided to watch this anyway and glad I did!

It seems to be a movie from Great Britain, so if you're expecting effects that are on par with big-budget Hollywood movies, you'll be disappointed. However, the effects are still pretty good considering. The storyline kept my interest the entire time. Not bad for a free movie!
One person found this helpful
See all reviews
Back to top
Get to Know Us
Make Money with Us
Amazon Payment Products
Let Us Help You
EnglishChoose a language for shopping. United StatesChoose a country/region for shopping.
© 1996-2022, Amazon.com, Inc. or its affiliates