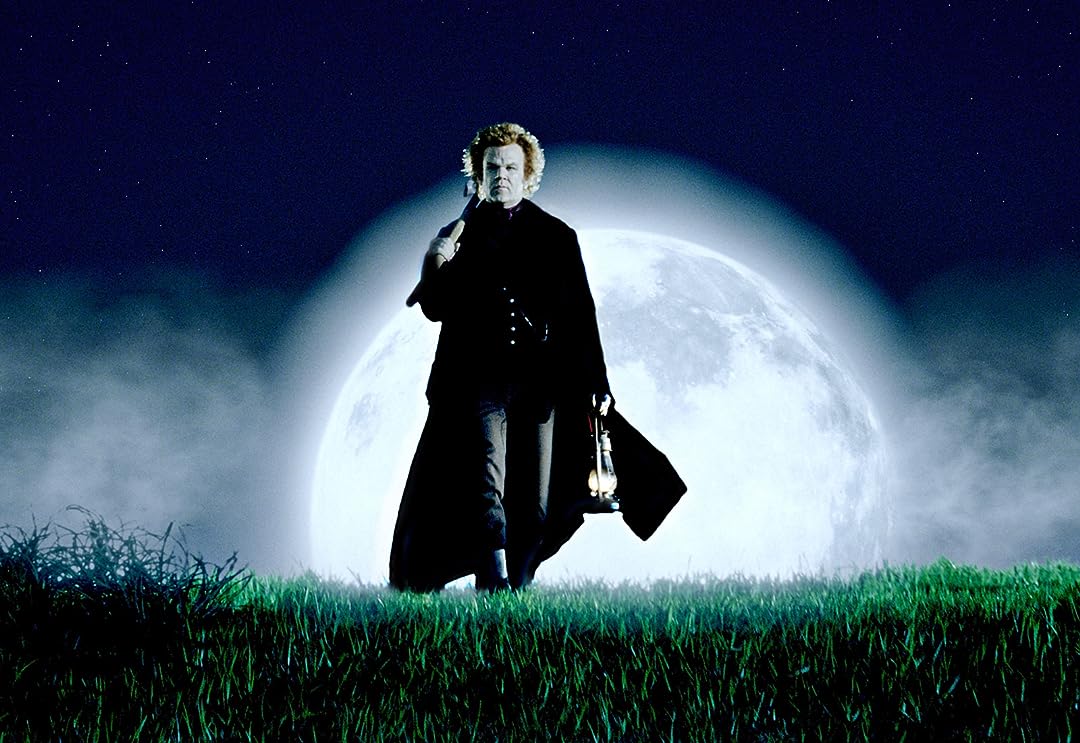 (942)5.81 h 49 min2009X-RayPG-13
Drawn to the magical world of the Cirque, a 16-year-old boy trades in his ordinary life to become an immortal vampire in this amazing adventure co-starring John C. Reilly and Salma Hayek.

Buck DuaneReviewed in the United States on October 14, 2017
3.0 out of 5 stars
The Books Are Better
Verified purchase
If you're interested in this movie because you enjoy the books, be warned: this isn't the books. At all.

Major changes to the story line were made. Events in the books appear out of order, some events never even happened in the books, and yet even more events from the books never made it to the movie. They left the ending as though they were going to do a sequel, but never followed through. I imagine that's because most of the viewers were fans of the book series and were disappointed by the movie.

I would love to see this remade with the care and dedication that both the Lord of the Rings trilogy and the Harry Potter series received. This film has a lot of potential, as do the books. If only someone would bring to life the books in a way that would appease the readers.

The reason I've decided to give this 3 stars is because, as a stand-alone movie, it's not bad. However, the supposition that it's based on the books is more "loosely based" that actually based. I adore the books and the entire story it weaves. Although, I admit, they shouldn't have ever been considered to be "teen" appropriate. I read the books as a teenager, and have collected them as an adult, and I still find parts of the books to be disturbing; and I avidly binge-watch The Walking Dead.**

**(With my weirdo cat, Apollo. No, really. He loves that show. The theme comes on and he runs into the room, gets comfy, and watches with me. Apparently, he also enjoys American Horror Story, as do I.)

Liz H.Reviewed in the United States on September 8, 2021
5.0 out of 5 stars
Super fun movie, different take than the books
Verified purchase
This movie is honestly iconic. I know this movie gets slammed a lot by people who love the book series.... but it's got a lot to be appreciated as well (and I say this as a huge fan of the books)! There was some excellent casting and some absolute bangers in the soundtrack, and they honestly nailed some characters' personalities from the books... plus, first and foremost, this movie is FUN! There's a lot of jokes that land quite well. Yeah, it gets campy/slightly cringe at times, but it's not the whole movie. If you're after book accuracy, then this won't hold up, BUT there's tons of subtle references to things in the book series that you wouldn't notice/get otherwise! And if you don't know or care about the books, I definitely recommend giving this movie a try. I had never heard of the series before this movie, but now I've read the books, the prequels, and am collecting the manga reprints as they release... this movie is a great way to be introduced to the story. While not nearly as dark, serious, or nuanced as the books are, this film is a very enjoyable one to watch nonetheless. Great film to add to a list of Halloween watches every year, especially if you enjoy lighthearted ones!

Tommy PaulReviewed in the United States on September 23, 2021
4.0 out of 5 stars
Some dumb attitudes, making it not believable
Verified purchase
This is a 3-star movie. I gave it a fourth star because of the excellent CGI effects. But the movie's main problem is that real people in these situations would not feel or act as this movie portrays throughout. For example, when their home was invaded, the boy's parents just sat there acting dumb. Real parents would never act like that with their family in immediate danger. (For a movie free from such problems, watch "Bit", to which I gladly gave 5 stars.)

RedReviewed in the United States on October 10, 2021
1.0 out of 5 stars
If your a fan of the books you will hate this
Verified purchase
Absolutely terrible. A disgrace to my favorite book series as a child. Does not follow the books in the least. That being said it would remain terrible otherwise. The casting horrendous. The acting horrendous. The storyline of the movie.. shameful. The worst part is that because whoever put this together failed so miserably, it will never be made into a movie of its full glory. Whoever put this disasterterful disgrace together should never be allowed in show business again.

carol davisReviewed in the United States on December 8, 2015
4.0 out of 5 stars
Not like the book, but still a great movie to check out!
Verified purchase
I had been reading the book series for a while and then got kinda excited when I saw there was a movie as well. I rented it and watched it twice. I was somewhat disappointed that it didn't really follow the plot of the book much - which I know is the norm for books to movies, but this really didn't follow it! I did like it as a movie on its own however, so if you've never read the series, this would be a great movie to check out.
11 people found this helpful

Bonnie BerryReviewed in the United States on September 11, 2015
4.0 out of 5 stars
Didn't follow the original books which stopped further sequel.
Verified purchase
Good movie, too bad they didn't stick to the original books. Think it would have been more successful. The end left you wanting to see a sequel, which we all know sadly did not happen. I am currently reading the third book. The movie does not do the books or the author justice. The books are a lot darker and more thought provoking. Some great actors in this film, but the move was competing with the Twilight series that was never portrayed as a comedy, and did stick more to the books then this film did. Of course the author of the Twilight series was on site when her books were turned into scripts, then movies. Perhaps if that had happened in this movie there would have been sequels.
5 people found this helpful

Aidan AdamkiewiczReviewed in the United States on September 20, 2021
5.0 out of 5 stars
A entertaining vampire movie
Verified purchase
Honestly I never expected John C. Riley play as a serious character until now in a comedy way. I wish there was a part two but this is truly a funny vampire movie. Think of this movie as Sky high but vampire theme. This movie is very good its not your typical classic movie with great themes and characters like the Movie the Patriot but more of a funny/corny sense which makes it enjoyable. This movie is more of a modern comedy movie about vampires which I enjoy. By watching this movie you wont be disappointed as it shows a comedy side to a vampires life.

my morning reviewReviewed in the United States on September 22, 2013
4.0 out of 5 stars
freaks
Verified purchase
this was better than it looked, though it does look like the studio pulled the plug on it, somehow, before it was done, like they thought it was like ... potter? but this is far cooler, and the level of sophistication in the circus freak tent
trailer park does not go unnoticed by .. me. I want to live there in a trailer of my own design, made for just the kind of freak I am, and with the other freaks, travel from town to town, safe in company, yet alone if you wanna be. This is he new prototype for ageing, and it would not be bad for everyone else, either.
It s a lonely life, but there lots of it.
So says the vampire to his soon to be adept.. Selma Hayek never did it for me til I saw her in this little film. Her voluptuous is really that, sensual and abundant, well you cant get around it so may as well mention it. shes funny
and sweet here. here natural gentleness lends to the beard growing physic .. evidently attached to arousal,
and the various underground villians are all really quite wonderful. its good!
3 people found this helpful
See all reviews
Back to top
Get to Know Us
Make Money with Us
Amazon Payment Products
Let Us Help You
EnglishChoose a language for shopping. United StatesChoose a country/region for shopping.
© 1996-2021, Amazon.com, Inc. or its affiliates