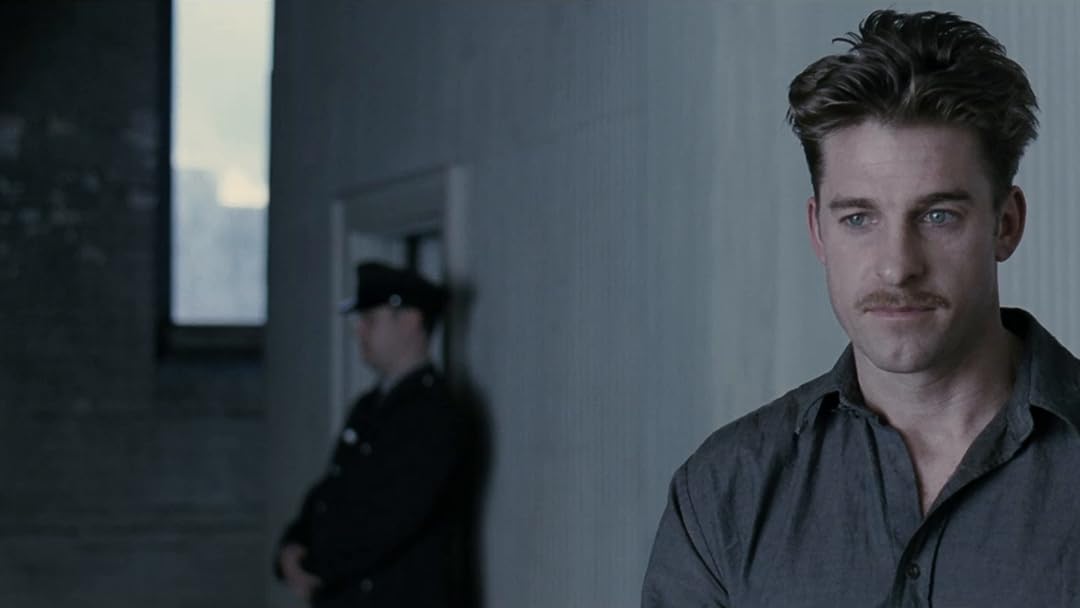 (128)
6.21 h 44 min2012X-Ray18+
CITIZEN GANGSTER is based on the true story of Edwin Boyd, the man who became postwar Toronto's most famous criminal. Edwin Boyd has returned from WWII and is dismayed by public indifference towards veterans and humiliated by his inability to fulfill his dream of being a Hollywood star or provide for his children and wife Doreen.

Darryl BarkerReviewed in the United States on March 5, 2018
5.0 out of 5 stars
An Underrated Treat for True Crime Fans
Verified purchase
I'm always puzzled when people criticize a movie for not having enough action when the film's genre is "drama". This is a movie about real people and their real life struggles in post World War II Toronto. Scott Speedman plays the role of Edwin "Eddie" Boyd extraordinarily well. He convincingly displays many emotions of a former soldier afflicted with PTSD who, like so many returning from war, are forever changed. While Boyd's choices were very inexcusable and extreme, his primary motive to better provide for his loving family was admirable. Sadly his horribly misguided path ultimately destroyed the relationship he once enjoyed with his adoring wife (played by Kelly Reilly) and two young children. Before it was over, all four of their hearts were broken.

This film offers a superbly told story about several other people in and around Boyd's life of crime. Each and every one of their stories also contains great loss and everything and everyone are, in some way, tied together through their choices and the consequences of those decisions. The character development is very good, and given the length of the film, quite thorough and in-depth. You really get a sense of who everyone is and what they're about.

The overarching dark theme and cold gray Canadian winter backdrop convey a sad, even depressing, tone that permeates every scene. It's definitely not a "feel good" film that provides uplifting entertainment. It's about a lot of things including two WWII veterans who lost their way, turned to violent crime, and in doing so, set themselves, their loved ones and many people they never knew or met on a tragic collusion course that brought three lives to a violent end.

Citizen Gangster is a skillfully executed film that unfortunately has been unfairly underrated. It deserves to be enjoyed by anyone who appreciates solid work in the drama/true crime genre.

joel wingReviewed in the United States on May 6, 2021
2.0 out of 5 stars
Shallow story
Verified purchase
Scott Speedman returns to Toronto after serving in World War II. He’s unhappy with his lot and becomes a bank robber. The transformation from civilian to criminal is pretty abrupt and not really developed. That’s the start of other problems in what proves to be a rather shallow story. That’s not to say there aren’t some good parts to the film, but overall it just wasn’t satisfying.
One person found this helpful

The confiscating security guardReviewed in the United States on July 24, 2021
1.0 out of 5 stars
Almost boring dull flat
Verified purchase
Although from the days of Ancient Rome until modern day society there are always going to be a few bad apples who might have served in the military. I think the acting directing and storyline needed more polish. I was not convinced enough as to why the charity or went bad, why that had happened and the whole storyline seemed flat and disinterest if.

Chef BruceReviewed in the United States on February 11, 2021
1.0 out of 5 stars
Unbearable
Verified purchase
One of those really poorly acted poorly written movies where the producers/director think they can make it interesting simply by having everybody in the movie be really loud. Screaming, laughing and so on. Just really loud all the time. So bad.

DanReviewed in the United States on July 2, 2020
1.0 out of 5 stars
not worth viewing
Verified purchase
movie is full of poor acting, couldn't finish watching the entire film.

Tafari K BoozerReviewed in the United States on December 17, 2012
5.0 out of 5 stars
Great Bankrobber Film!
Verified purchase
It's not Public Enemies but it's not a dull movie either Scott Speedman did a good job watch and see for yourself, I am not going to get in depth about the film it starts off slow but gets good during the middle and there after.
3 people found this helpful

Hybrid JeepReviewed in the United States on March 29, 2016
5.0 out of 5 stars
Have Watched Dozens of Times
Verified purchase
One of my favorite movies. Love the soundtrack, too.
2 people found this helpful
See all reviews
Back to top
Get to Know Us
Make Money with Us
Amazon Payment Products
Let Us Help You
EnglishChoose a language for shopping. United StatesChoose a country/region for shopping.
© 1996-2022, Amazon.com, Inc. or its affiliates