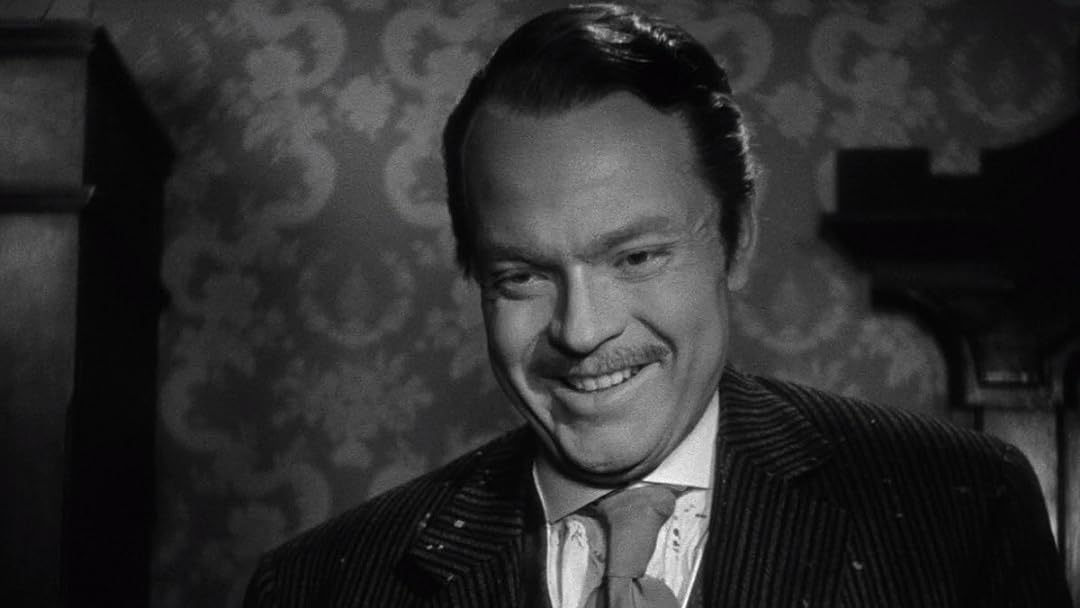 (3,277)
1 h 59 min1941X-RayPG
A story of idealism corrupted by wealth, "Citizen Kane" is thegreatest film of all time & is credited with inspiring more directorialcareers than any other film in history.

Joe the Anime FanReviewed in the United States on September 7, 2020
4.0 out of 5 stars
A very good, well-told character-driven movie
Verified purchase
Given its history, I can see why the movie is considered so influential and important. It has a lot of distinct narrative and visual techniques compared to many films from its time period that have since become mainstream likely due to the film's impact.

It also has a very well-constructed, tightly-written, and thought-provoking story. The structuring of an omniscient narrator, then following a tabloid investigator, and then diving into the individual tales of characters related to the main character, is an effective and engaging approach to chronicling the life and times of the titular Kane.

As for Rosebud? It seems a lot of people are confused about it's meaning, but I think it makes a lot of sense given the overarching themes of the film. Spoilers --- I think Rosebud is a reminder to Kane of his most traumatic and life-defining experience, chronicled early on in the film, that gets to the heart of who Kane eventually became --- a moment where his mother made the tough decision to put the comfort and experiences provided by wealth ahead of her own love for Kane, a love that Kane desperately and unsuccessfully spent the rest of his life trying to find from other people. In a way, Rosebud was his defiant but hopeless rejection of the wealth that came to change his life.

So why 4 out of 5 stars? Mostly personal preference, I guess. I like to watch movies to turn my brain off for a while, and enjoy myself for a bit. While I very much admire the film for its narrative and cinematic achievement, it's mostly an admiration for the technical aspects of the movie --- for me at least, although it was a thoughtful experience, it wasn't much of a fun one, and I doubt I'd ever watch the film again just for entertainment's sake. I would still recommend it though.

JRHReviewed in the United States on April 17, 2021
5.0 out of 5 stars
Flies miles over the heads of a lot of people these days
Verified purchase
This film requires you to think, which is why so many here give it one and two-star reviews. It is, without question, one of the five greatest films ever made, and many think it is *the* best for very good reason. It’s the epitome of directorial excellence, especially given that Orson Welles was all of 26 when he made it. It’s not meant to “entertain” you like “Finding Nemo” or even “Casablanca” - it is designed to make you think. Every American should be required to see it.
8 people found this helpful

Ordinary citizenReviewed in the United States on November 27, 2020
1.0 out of 5 stars
Quite disappointing
Verified purchase
I truly do not understand why people think this is such a great movie. We watched it based on the reviews. But why we were disappointed is: 1) The story line is rather hard to follow. It is supposed to be the downward path of Kane, from an idealistic reformer to a self-interested billionaire, but you really don't see that, it's kind of chaotic, and not clear. 2) The acting is marginal at best. Welles looks very ham-ish, like a high-school actor. There are occasional meaningful moments that are almost totally not developed. At the end, the reporter is talking with Kane's second ex-wife, whom he abused, and the reporter says, you know, I feel sorry for Kane. The ex-wife, who is a mess (e.g., alcoholic), looks at the reporter and says, I feel sorry for him too, of course. which is a meaningful moment of acting, but lasts a couple of seconds and isn't developed. but most of the time it seems very much a "B" movie, at best.
3 people found this helpful

MikeReviewed in the United States on November 28, 2018
1.0 out of 5 stars
Dont do it bro
Verified purchase
I was home sick and went on a classic movie binge watch marathon. I had just finished watching It’s A Wonderful Life and was eager to watch what the entire internet seems to agree is the greatest piece of cinematic work ever. I’m very dissapointed. I did not understand this movie at all. It was boring. It moved slowly. The characters were not interesting. I must be missing something.
13 people found this helpful

Sky the InfiniteReviewed in the United States on March 26, 2020
1.0 out of 5 stars
What was the point?
Verified purchase
Honestly, I *love* classics. I love old films, love 'em. Now, this... I seriously can't figure out what all the hoopla's about with this flick. I mean "Rosebud..." okay, is it... the sled? Who cares?! This movie is seriously a waste of time! I'm astounded at how many rave reviews and top 100 or films you must see, etc this got. Almost 2 hours of really lame dialogue and drab scenes accompanied by a story line that's just as hard to distinguish and follow. Not sure how I managed to stay awake through this one at all.

Do yourself a favor: skip it.
Go watch Casablanca, It's a Wonderful Life, or... anyway, you get it.
8 people found this helpful

B. G. MeadowsReviewed in the United States on November 24, 2018
3.0 out of 5 stars
A minority point of view: just an OK film
Verified purchase
I never could appreciate or understand all the brouhaha over "Citizen Kane." I've read exposes, articles, books, and watched documentaries touting "Citizen Kane" as a nonpareil film. Still, after watching it a second time, "Citizen Kane" comes across as an OK film. I think it's Welles' pretentiousness that is major turn off for me. Both on and off the screen, Welles appeared to enjoy demonstrating how superior he felt himself to everyone. He reveled in being characterized as "the misunderstood genius" who was victimized by the crass money-grubbing movie industry.

"Citizen Kane" is a great period piece but at times unnecessarily melodramatic with a lot of moralizing speeches by various characters and a bit too self-conscious.
7 people found this helpful

California DreamerReviewed in the United States on February 18, 2022
3.0 out of 5 stars
You’re going to have to really pay attention
Verified purchase
I got this movie to review for a class and, let me tell you, this is not for leisure viewing.
The imagery and mise en scene are amazing, but really jarring. It’s like drinking a pot of coffee… all at once. Twice. Leaves you feeling jittery and awake in a crappy kind of way. And not just because of the super high contrast of the images… but the voices. I wish someone had told me to fast forward through the second marriage. This movie is for people who love art and screeching.
I’m ok with art, but the screeching? Unbearable.
If you’re looking for jarring scenes with screeching women with a side of depressing, this one is for you.

EmasterGReviewed in the United States on June 10, 2021
5.0 out of 5 stars
Truly, one of the best films ever made.
Verified purchase
Besides the obvious: script, performances, photography, sets, make-up, custom design, and technicality for its time, this movie has the best Character Development I've seen in a single movie. Allow me to explain: Many would argue about films like The Godfather, and yes. The three Godfather films are a masterpiece. The difference is that precisely The Godfather is three movies. Easier to manage the change of a character throughout three films. Citizen Kane is a stand-alone film. Taxi Driver is right next to it too, but given that Citizen Kane is 35 years older, I will have to choose Citizen Kane. It's impressive the way the story is told. It has to be in the top 20 films ever made. If you love cinema and you haven't watched this one, stop putting it off. Watch it. You'll love it.
See all reviews
Back to top
Get to Know Us
Make Money with Us
Amazon Payment Products
Let Us Help You
EnglishChoose a language for shopping. United StatesChoose a country/region for shopping.
© 1996-2022, Amazon.com, Inc. or its affiliates