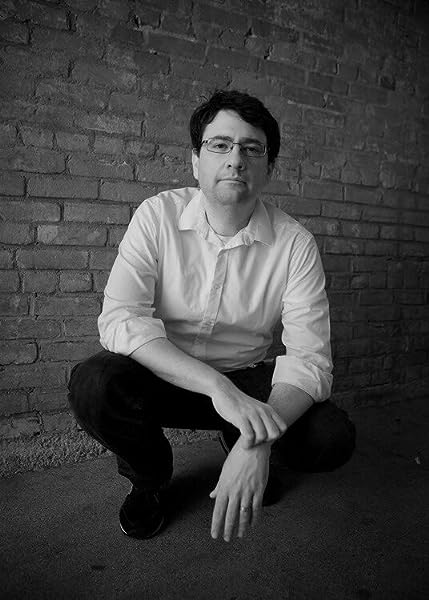 by Justin Robinson (Author), Fernando Caire (Illustrator), Alan Caum (Illustrator) & 0 more
4.6 out of 5 stars 51 ratings
Book 1 of 5: City of Devils
See all formats and editions
Sorry, there was a problem loading this page. Try again.

World War II was only the beginning. When the Night War ravages America, turning it into a country of monsters, humans become a downtrodden minority. Nick Moss is the only human private eye in town, and he's on the trail of a missing city councilor. With monsters trying to turn him - or, better yet, simply kill him - he's got to watch his back while trying to find his man. Or mummy, as the case may be. Once, it was the City of Angels. But now, Los Angeles is the City of Devils...and Nick has a devil of a job to do.

Much like film noir, Justin Robinson was born and raised in Los Angeles. He splits his time between editing comic books, writing prose, and wondering what that disgusting smell is. Degrees in Anthropology and History prepared him for unemployment, but an obsession with horror fiction and a laundry list of phobias provided a more attractive option. He is the author of ten novels in a variety of genres including detective, humor, urban fantasy, and horror. Most of them are pretty good.

Jdh
5.0 out of 5 stars I love this series
Reviewed in the United States 🇺🇸 on April 6, 2021
Verified Purchase
Its really original and fun to read. I've read the whole series and they're all great, just wish there was more. I'm all the way through Jane stitch.
Read more
Helpful
Report abuse

Scrapper
5.0 out of 5 stars Most excellent read
Reviewed in the United States 🇺🇸 on October 5, 2019
Verified Purchase
This has been on my TBR pile for some time. I was sitting with someone and read it
Storyline is tight and light. I finished it Way Too Soon. I’ve ordered the other two.
It’s the perfect read if you enjoy offbeat humor, monsters, private detectives, and mayhem. Thank you for relief from the real world!
Read more
Helpful
Report abuse

Average Reader
5.0 out of 5 stars A Great Twist on a P.I. Book
Reviewed in the United States 🇺🇸 on February 14, 2017
Verified Purchase
From the start, this book has it all. There is mystery, action, and horror movie monsters. Not creepy, or gory at all, this book is a fun read even if horror is not your shtick. The main character is a human privaye detective trying to stay alive and paid in a world that is rapidly changing around him. I gave it five stars, because I love a good murder mystery, but really love when someone reimagines the same old story into something new and exciting. That is exactly what was done here.
Read more
Helpful
Report abuse

Gayle K. Young
5.0 out of 5 stars Witty and fun noir draws you in!
Reviewed in the United States 🇺🇸 on December 4, 2016
Verified Purchase
Witty and fun, the story carries you into the depths of an alternate LA where the characters are vividly brought to life and the author uses and twists tropes to craft an original and mesmerizing story.
Read more
Helpful
Report abuse

Blake Cover
5.0 out of 5 stars Hot Damn!
Reviewed in the United States 🇺🇸 on April 28, 2017
Verified Purchase
If you're reading this review, then you most likely already have a clue to just how much fun Mr. Robinson's books are. Do yourself a favor and get to reading!
Read more
Helpful
Report abuse

Voodoo Iguana
5.0 out of 5 stars A terrific blend of tongue-in-cheek humor
Reviewed in the United States 🇺🇸 on July 24, 2017
Verified Purchase
A terrific blend of tongue-in-cheek humor, pulp mystery and 50's horror/sci-fi tribute. I had to buy the next one in the series immediately, and can't wait for #3.
Read more
Helpful
Report abuse
See all reviews

Philip
5.0 out of 5 stars Very very enjoyable
Reviewed in the United Kingdom 🇬🇧 on May 21, 2017
Verified Purchase
A nice mix of detective noire, familiar typical 'monsters' with a twist of soul and a bunch of engaging characters with a zip-along story ( no Frankenpun intended).
Read more
Report abuse