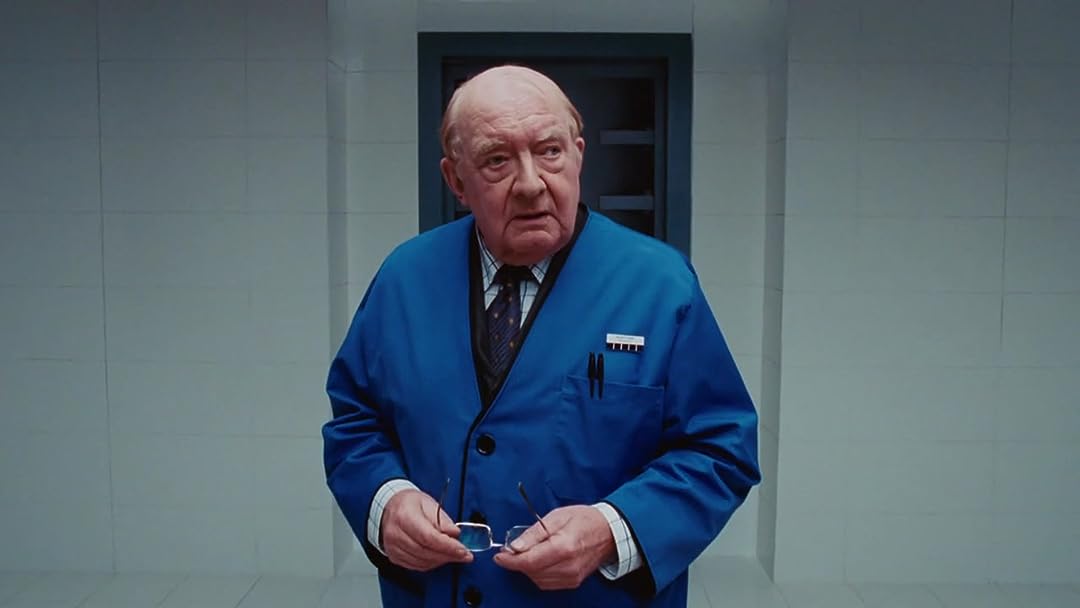 Kevin P SchatzReviewed in the United States on December 26, 2020
1.0 out of 5 stars
Doesn't work in our country
Verified purchase
Really guys. I put this DVD in and "This Disc Will Not Play On The Country Code Of Your Player" shows up! I checked the freaking Country Codes; the City of Ember has an 8 Country Code. That's going to ONLY work on Cruise Ships, Airliners, and (you gotta look this up to believe me) Space Ships! The reviews said this movie was a sensation and whatever idiot is trying to get rid of his discs coded only for the Space Station should go bankrupt! Ugh. Money back, thank you Amazon!
9 people found this helpful

joel wingReviewed in the United States on December 11, 2021
4.0 out of 5 stars
In a dying city stuck in tradition it takes 2 kids to find solutions
Verified purchase
City of Ember is a post-apocalyptic story where humanity has been forced to live underground in a giant city. Ember is falling apart however and no one has the answers because everyone is stuck in tradition. Of course that means two kids Harry Treadaway and Saoirise Ronan will emerge as the saviors.

I was immediately taken in by the world the movie created. Everyone is wearing handmade clothes. There’s all kinds of pipes and fading electrical lighting which gave it an almost Steam Punk feel.

I saw this in a movie theater when it came out and I remain impressed by it.

Paul S. PersonReviewed in the United States on May 30, 2021
3.0 out of 5 stars
Perhaps a Bit Young For My Taste
Verified purchase
I have seen several YA films over the years, so I have some context for thinking about this one. I have /not/ read the book; this is based solely on watching the movie.
This provides an interesting situation, an evil adult, and some adventurous kids. It also portrays a decaying city, built to last 200 years, but clearly running down because it is older than that.
The problem is that I have seen this sort of thing done better many other times, and so (I suspect) have you.
And not just in YA films: /THX 1138/ and /Logan's Run/ are not all /that/ different, albeit made for an older audience.
So maybe that's part of the problem: although a YA film certainly must be made to entertain teenagers, most of the ones I have seen work for adults as well (some, to be sure, better than others), and this one doesn't work for adults very well.
But, if you are a fan of the book or it looks attractive to you, by all means see it.

omnigateReviewed in the United States on June 28, 2017
5.0 out of 5 stars
Good metaphor for our greasy little world
Verified purchase
Very good movie that should get people thinking about our current world. Sometimes people get a little confused about movies like this, they don't realize its a mirror for our world. Just like the movie, there are many things hidden from us in our world. Gasp! Yep, there's ETs here, governments manipulating people into slaves, central banks robbing everyone, oppressed technologies, etc. Oh, and your an eternal being having a human experience in all this. Wake up. Know thyself. There is nothing to fear but fear itself. Get off your butt and start awakening to your Divine Being. There is no calvary, you made the dream, you get to wake her self up. The only question is when??
10 people found this helpful

TRVLRReviewed in the United States on November 4, 2015
4.0 out of 5 stars
A great family movie!
Verified purchase
My son insisted we watch this movie after reading the book at school...not knowing of course Mom had already read the book and seen the movie herself lol. I rate this one 4.5 stars if I could, not because it's such a spectacular movie per say but because it's a great family movie and those are just too few and far between these days (at least ones that aren't animated.) This movie kept my son's rapt attention and it was complicated enough to be enjoyable to me as well while still enabling him to easily follow along without a bunch of explanation...and that makes for a fun movie night for the both of us.
17 people found this helpful

A. GeerReviewed in the United States on March 11, 2014
5.0 out of 5 stars
I love this movie!
Verified purchase
This movie is adventerous to me. It is a futuristic sci fi but you see what happens when all that future ends and a small group of people are saved to live in a city built underground for many years through many generations with no contact with what's above ground which you never see until the end. The story focuses on what the people in this little city have evolved to, which I believe are great ideas making this movie different from those I have seen.

I love sci fi's and appreciate a movie that is believeable and has all the great things that makes a movie great! I think the only thing that was missing was romance. This may be why it wasn't liked by many. I like the uniqueness of the story being seen through the eyes of two young teenagers while drawing in a wide age range in an audience. I was so hoping for a part two since there is a sequel in the book which this story was based from.

I like it so much that I had an old copy and this one I just got from Amazon was a gift for my son and his family.
9 people found this helpful

ObligatoryFateReviewed in the United States on January 2, 2020
5.0 out of 5 stars
Books You Can Read Again and Again
Verified purchase
"The City of Ember" is such an enjoyable, imaginative, wonderful book! The whole series is. I appreciate all of the excellent imagery the author uses and I have bought many many copies over the years and have given them as gifts to others. I am currently reading "The City of Ember" aloud to my children. I read them when they first came out to my oldest children and now to my youngest bunch. They are excellent for discussion, narration, contemplation and completely worth owning in your personal library. Buy this one and then invest in the rest! Truly a great treasure.

Mail DebaserReviewed in the United States on October 13, 2011
3.0 out of 5 stars
Great Book, So-So Movie
Verified purchase
I read this series and found it creative and fascinating. I was excited to see the movie based upon the first book, City of Ember, but am phenomenally perplexed. It's easy to understand how a book needs to be condensed when making a moved based upon it's story, but the screenwriters did a terrible disservice with this flick. While ignoring important parts of the book, they CHANGED and ADDED unnecessary elements! Characters, creatures, chase scenes and story lines, which were not part of the book, ruined this for me. Had they stuck to the natural flow of the novel, and stayed true to the unraveling of the mystery, this could have been a fantastic Goonies-esque ride. Instead, it seems they took lame and questionable liberties with the book. Too bad; the actors were great, as were the visuals.
This isn't terrible, but I really feel it could have been SO much better without the screenwriters re-write of a great book.
I give it three stars, though. Had I not read the series beforehand, I'd have probably liked this much more.
6 people found this helpful
See all reviews
Back to top
Get to Know Us
Make Money with Us
Amazon Payment Products
Let Us Help You
EnglishChoose a language for shopping. United StatesChoose a country/region for shopping.
© 1996-2022, Amazon.com, Inc. or its affiliates